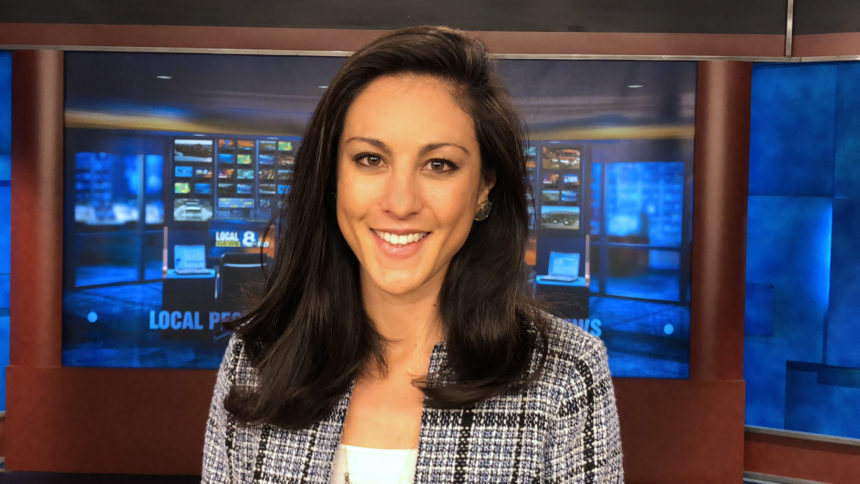 She's back and drinking all of your coffee!

- Graduated from the University of Missouri's School of Journalism (Go Tigers!) in December, 2011, where she worked as a reporter and weekend anchor for KOMU 8 News.

- Interned at Al Jazeera English in Washington, D.C., where she worked on the Emmy Award-winning programs "Fault Lines" and "The Stream".

- Landed her first "real" job at KIFI Local News 8, reporting from the cutthroat metropolis of Pocatello. That's when she was like, "Hey, southeast Idaho, I'm liking the cut of your jib," and that was that. She fell in love with the region and nobody has ever been able to get rid of her, despite their best efforts.

- She then tried her hand at becoming a morning reporter for KSL in Salt Lake City, where she realized those early morning hours were not her cup of tea.

- Reported for KREM 2 News in Spokane, WA where she covered President Donald Trump's visit, along with Bernie Sanders and President Bill Clinton. But the coolest experience was her coverage flying with the US Air Force inside a re-fueling tanker.

- Upon an offer too great to turn down, she came back to KIFI where she upped-the ante when she was chosen to fly with the Blue Angels Air Show, pulling six G's of force in the sky and clumps of hair from her head. Now for the important stuff:

- She's half Chinese and Half Greek

- The myth of her having a unibrow once might be true....okay, it is true.

- Despite popular belief, she does not know Karate.

- She loves hearing stories about how people got cool-looking scars.

- She collects the biographies of every U.S. President and First Lady (This just screams 'fun!' doesn't it?!).

- She grew-up playing soccer, golf, basketball and she swam the 100M back and 200M Individual Medley throughout her life.

- She was a part of the Huntington Beach Junior Lifeguard program while growing up and even spent time lifeguarding in New Zealand.

- She has seen every James Bond movie.

- She has seen every movie directed by the Cohen brothers.

- Her celebrity crushes include Chevy Chase (circa 1970) and Tom Selleck's mustache.