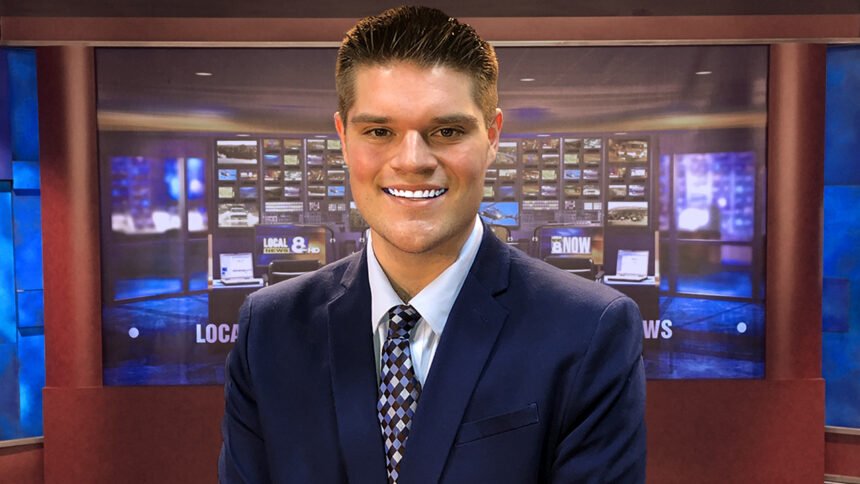 This MMJ is bringing his Southern heritage all the way into Eastern Idaho.

Cole Sams joined the Local News 8 team in August 2020. He graduated from East Tennessee State University in May 2020 (yes, a COVID-19 grad) with a bachelor’s degree in Media & Communications with a concentration in Journalism.

He previously interned with WJHL in Johnson City where he worked with the sports department covering Northeast Tennessee and Southwest Virginia.

Before transferring to ETSU, Cole attended Davidson College, where he was a offensive lineman for the football team.

Cole graduated from the Webb School of Knoxville in 2015 and is a self-proclaimed “Spartan for Life.”

Cole was born in Knoxville, Tennessee and has resided in the small town of Newport most of his life. Growing up in East Tennessee, he grew to love the Smoky Mountains and the people that reside in the area and became an avid fan of the University of Tennessee’s football and men’s basketball program.

Cole resides in Pocatello and loves watching professional sports like the NFL and NBA along with Tennessee and his ETSU Buccaneers. He also loves going to the movies, binging Netflix, listening to podcasts and working out.

If you have any food recommendations, email cole.sams@localnews8.com, as he is always down for the best chow down spots in the area.