While Billionaires Richard Branson and Jeff Bezos have embarked on their own space race this month, there’s one spaceman that has found its home in the Caribbean Sea.

Created by artist Brendan Murphy, the 22-foot, 3,000-pound sculpture named “The Boonji Spaceman,” stands on a dock in the middle of the ocean at the Hodges Bay Resort in Antigua. Striking a Michael Jackson-inspired dance pose, the towering sculpture is emblazoned with words and mathematical equations.

Since the spaceman’s arrival in March, the hotel says it has become a tourist attraction. Murphy believes the sculpture represents a willingness to take on anything.

“Who better to embody embracing the unknown than a guy jumping out of a spaceship into space?” Murphy told CNN in a recent interview.

Murphy’s artwork is collected by some of the most recognized faces in the world from Serena Williams, Novak Djokovic, Warren Buffett, Robert DeNiro and Ryan Gosling, according to the artist’s rep.

Often compared to artist Jeff Koons, Murphy’s “Boonji Spaceman” series is his most recognized body of work, which he first created out of bronze in 2015. Yet that one stands only 18 inches high.

“I’ve always had this weird connection to these people who are willing to get on a space ship and go to the unknown,’ Murphy said. “And I think a lot of the creative process is (similar). If you’re not comfortable with the unknown then you’re in the wrong business.”

Murphy’s love of space began at an early age.

“I have very distinct memories of watching the space shuttle,” he said. “When I was in grade school we would stop class and bring the TVs in and I remember thinking, ‘What is that?'”

When Christopher Harding, the co-owner of the Hodges Bay Resort, commissioned Murphy to create another version of his spaceman, Murphy said he knew it had to be big, literally.

“We wanted to create something that you could see from space down on the island,” he said. Murphy said they hired a company to take photos of the sculpture from space that they plan to release soon.

Murphy, 50, says the sculpture, which is made of steel and carbon fiber, took 8 months to create, and there were production challenges because of the ongoing Covid-19 pandemic.

“We built it in pieces and put it together in Miami. We painted it, chromed it, sealed it and then took it back apart and put it in crates and shipped it down to Antigua,” he explained. “We had to reinstall it and force it into 6 feet of concrete sitting out in the ocean … Putting it in the Caribbean was a challenge because you know the hurricanes are coming. So we built a steel skeleton inside of it made of carbon fiber.”

According to the Massachusetts-born artist, who once worked on Wall Street, the giant bronze astronaut is feeling very at home. Murphy recalled a humbling moment after the sculpture’s installation when he was on his way back home to Miami. He overheard an airport bartender asking some passengers if they had checked out “our spaceman.”

To hear a local take pride in the work really touched him. “That really blew me away,” Murphy said. “(He was) identifying with the piece and telling tourists you need to go see it — that’s our spaceman.”

If you look closely at Murphy’s creation, you’ll find words like “future,” “wish” and “vision” from top to bottom.

“It really reflects what’s next, what are the possibilities,” Murphy said. “I tried to capture that in the words. A lot about dreams, imagination. The future has not yet been written.” 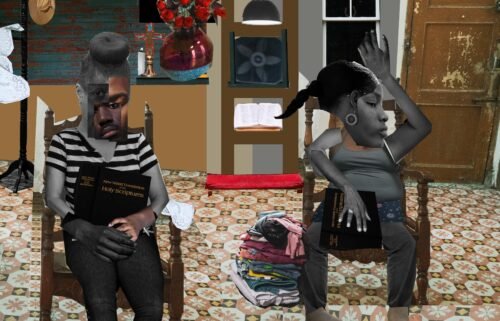 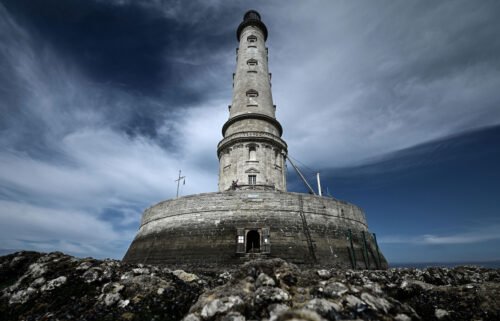 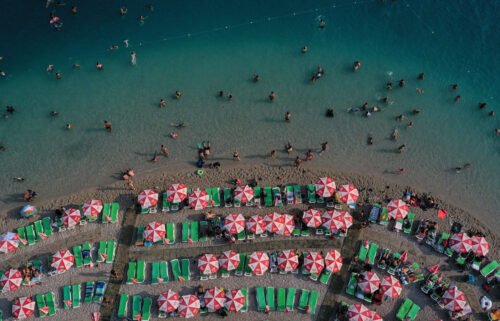 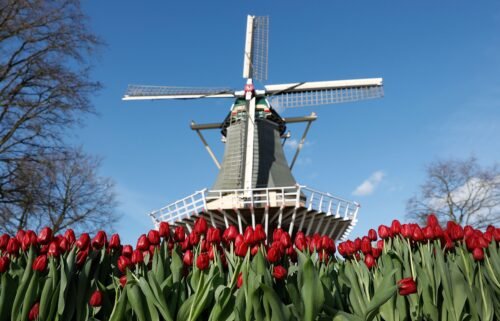