You wake up in suburban Innsbruck, the snowcapped peaks of the Austrian Tyrol glistening in the distance. After breakfast you hop a tram to Innsbruck Hauptbahnhof, the city’s main railway station and climb aboard an Austrian Railways ÖBB Railjet bound for Vienna.

After more than four hours crossing some of the prettiest scenery in central Europe, you arrive beneath the undulating zig-zagged roof of Wien Hauptbahnhof, from where you head down into the curving tunnels of Südtiroler Platz metro station.

After rumbling through six stops of the city’s U1 metro line, you reach Praterstern, not far from the shores of the Danube River. From there, it’s a short stroll to catch a regional train on the S4 line, heading north a further nine stops to Korneuburg.

We’re not done traveling yet.

Here you climb aboard bus 853 for the final leg, a gentle 20-plus minute trundle through quiet, leafy streets, past compact one-story homes, until it’s time to finally disembark beside the plain clocktower in the village of Enzersfeld.

Give or take the occasional stop for refreshments — perhaps a bosna sausage and a cream-topped Viennese coffee — you’ve been on the go, on public transport, for more than eight hours, clocking up hundreds of miles across bus, rail, tram and metro services.

Fifteen years after it was first proposed, Austria’s new Klimaticket, or climate ticket, goes live on October 26. Offering seamless travel across all modes of public transport it is intended to galvanize the Alpine nation’s fight against climate change.

Public transport is already popular in Austria. Its combination of reliable, high-quality, integrated services, simple ticketing and attractive pricing have long made it a winner for commuters and leisure travelers.

Yet even though Austrians travel more kilometers by train every year than everyone in Europe except the Swiss, according to official government figures only 16% of journeys in 2018 were made by public transport.

It’s hoped that Klimaticket will change that by making it much more affordable and convenient, especially for regular users.

The signs are positive, with initial interest in discounted early bird tickets so strong that the booking website www.klimaticket.at immediately crashed.

“I think you can see how happy I am,” she said after announcing the deal. “This is a big day for the climate and for transport. If this summer has shown us anything, it is that the climate crisis has already arrived with us.”

National passes and discount cards are nothing new in Europe. Switzerland, Austria and Germany, among others, offer monthly travel passes, half-fare cards and other discounts to encourage public transport use.

Switzerland’s General Abonnement (GA) travelcard offers unlimited use of the Confederation’s entire public transport network, but costs three times as much. A similar annual ticket for buses, trains and metro in the Netherlands is more than $3,500 (€3,066).

“One of the things I like about Klimaticket is that it is valid on all modes of public transport, a concept that should be replicated elsewhere as it removes the hassle of having to find and buy multiple tickets,” says European rail travel expert Andy Brabin.

“It is potentially revolutionary, removing some of the barriers to using public transport and making spontaneous trips much easier as you don’t have to worry about buying tickets, which can often be expensive at short notice for longer journeys.”

No less than $278 million (€240 million) of federal government funding has been agreed to support the new initiative. Ongoing costs are expected to be around $175 million (€150 million) a year. Despite this, the ticket is regarded as central to Austria’s ambition to become climate neutral by 2040 — backed by the European Union’s post-Covid “Green Deal.”

The Austrian government’s 2030 Mobility Master Plan aims to reduce private car use from 70% of total annual kilometers traveled to 54% by 2040, at the same time increasing public transport’s share from 27% to 40% and doubling active travel (walking and cycling) from 3% to 6% of the total.

A passenger on an electric train requires just 55% of the energy used by a battery electric car for the same journey, according to the master plan, meaning big carbon emission cuts can be made with a relatively small percentage shift to more sustainable modes of travel.

Of course, it hasn’t exactly been a smooth journey to get to this point. Klimaticket is the result of 18 months of often-heated negotiations between federal and regional governments, transport organizations and providers.

Even the €3 per day cost is a compromise — the Green Party’s manifesto pledge at the last federal elections was to slash travel costs to just €1 a day within any region and €2 across any two regions.

“The provinces have different politics, different geographies and different priorities. Then there are municipalities and numerous public transport operators — 40 in the Vienna region alone. It is remarkable that all these different parties have managed to find common ground on this issue.”

The past two years saw Intense debate and criticism, especially from more rural regions where public transport density and usage is at its lowest. Opposition parties have welcomed the introduction of the ticket but said it was only a first step toward meeting climate goals.

Johannes Margreiter, transport spokesman for the liberal Neos party, said: “Price isn’t the reason why people do not switch to public transport. In many places, the problem is the lack of availability because of poor or absent connections.”

The Vienna region, home to 50% of the country’s population and 60% of its public transport journeys (around 300,000 people commute into Vienna on a normal weekday) was also late to sign up to the scheme, raising fears that the new ticket would be compromised from the outset.

However, the last-minute deal confirmed Klimaticket’s status as a truly national travel pass.

Its coverage stretches from Bregenz on the shore of Lake Constance in the west to the outskirts of the Slovakian capital Bratislava in the east.

Whatever the reservations, a nationwide ticket removes one of the biggest barriers to using public transport — trying to figure out which tickets are needed for which journeys. That’s particularly the case for foreign visitors.

The framing of the ticket as an environmental initiative has also been important.

It’s hoped it will compel Austrians to think about the environmental impact of how they travel, while making the low-carbon option more accessible and attractive.

But, if successful, does Klimaticket have the potential to become a blueprint for other countries looking to drastically cut transport emissions?

Austria has perhaps succeeded because it’s a relatively small country with a well-funded, cohesive and popular public transport system already in place. Others without this could struggle to emulate its achievement.

“There are two things you need before you can launch into an initiative like this — network density and service frequency,” says railway magazine editor Barrow.

“Austria has invested heavily in building capacity on its main rail corridors so it can accommodate more fast inter-city services as well as regular-interval regional services, frequent S-Bahn networks in city regions and increasing volumes of freight.

“It has the infrastructure it needs to accommodate more passengers, or it is in the process of constructing it.”

Barrow says the Netherlands could be a contender, benefiting from an already interlinked public transport network that operates with high frequency. The densely populated country faces a pressing need to find solutions to transport challenges.

Germany is also in the frame, he adds.

“I think there is an appetite for something like Klimaticket in Germany. The Greens’ success in the recent federal election might spur them to emulate their counterparts in Austria and push for a national annual public transport pass.”

The problem in Germany, say Barrow, is state-level variations in commitment to public transport. Bavaria, the south, is relatively pro-road whereas neighboring Baden-Württemberg has been actively improving public transport for a long time.

And will it succeed in Austria?

The country certainly has the requisite core rail network and urban transport systems around major cities such as Vienna and Graz. These have benefited from a policy of continuous development, broadly supported across the political spectrum.

At the periphery of the system the story is less positive.

Decades of rural rail closures have cut many smaller towns off from the national network — but on secondary lines that remain, there now seems to be more willingness to improve infrastructure, enhance timetables and replace polluting diesel trains with electric, battery or hydrogen trains.

Klimaticket could boost improvement prospects still further, especially when coupled with targeted investment in feeder bus routes and active mobility. Green campaigners have called for the offer to be expanded to include cycle hire and e-scooter rental, providing a wider range of seamless travel options.

Klimaticket is just one plank of Austria’s plan to meet its carbon reduction targets, but if it delivers positive results quickly, as its supporters believe it will, pressure could grow to develop similar products in other countries around the world that make mobility without a car easier and more cost effective. 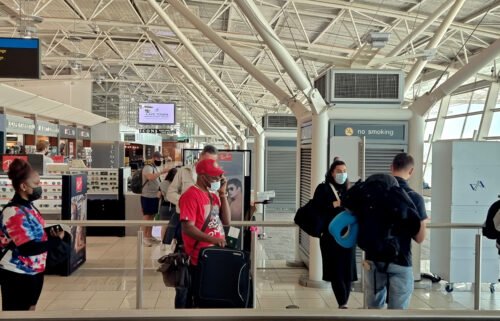