Less than three months ago, TikTok hired top Disney executive Kevin Mayer as its CEO in a move that appeared designed to bolster the app’s American credentials and improve its standing with US regulators.

But Mayer and TikTok don’t seem to be getting their fairy tale ending.

On Friday, President Donald Trump said he would ban the Chinese-owned short-form video app from operating in the United States. That news was just another startling development in Mayer’s whirlwind tenure so far as TikTok’s CEO.

“It’s been one of the wildest years for a Hollywood executive I’ve seen in a long time. It couldn’t have been more dramatic if Disney’s studios wrote it,” Jeffrey Cole, director of USC’s Annenberg Center for the Digital Future, told CNN Business. “In a few months, he went from launching one of the most important streaming services in a long time and looking like the most likely heir to [former CEO] Bob Iger at Disney to a guy fighting to keep his company alive from the President of the United States.”

When Mayer announced in May that he was leaving Disney to become the CEO of TikTok and chief operating officer of ByteDance, the app’s parent company, the news was both shocking and unsurprising.

Mayer was Disney’s king of streaming, holding one of the most enviable jobs in Hollywood. As the company’s chairman of its direct-to-consumer unit, he was instrumental in shifting Disney’s business focus from films, TV and parks to the growing yet competitive world of streaming.

Under his leadership, Disney+ was an instant success: it launched with a hit show, “The Mandalorian,” and reached 10 million subscribers in 24 hours.

The magic did not wear off for Disney+. The service continued to bring in subscribers, racking up more than 50 million paid users in just a matter of months — a goal the company said would take closer to a few years.

And then, seemingly just like that, Mayer stepped away. In doing so, however, he gained a title he was passed over for at Disney: CEO.

Mayer’s departure came a few months after he wasn’t chosen to replace Iger as Disney’s CEO. That job ultimately went to Bob Chapek, who served as chairman of Disney Parks, Experiences and Products.

Beyond the title bump, it also made sense for Mayer to make the jump because TikTok is extremely popular — and growing.

TikTok, a platform associated with memes, music, and bored teenagers learning complex choreography, has exploded into a cultural force rivaling larger social networks like Facebook. Many have turned to it for information or an escape during the pandemic. TikTok says it now reaches 100 million people in the US.

For TikTok, an app owned by a company based in China, Mayer was a perfect fit.

He’s a renowned American executive who hailed from the technology arm of one of the most iconic American brands — a brand that just so happens to have a significant presence in China.

Bringing Mayer aboard was a way to give TikTok a face that could address concerned US lawmakers who felt that the app posed a national security threat. And in the months since his hiring, TikTok has repeatedly defended itself against critics by playing up the fact that it has an “American CEO.”

But Trump’s renewed threat to shut down the app in the US suggests that plan isn’t working.

What’s next for Mayer — and TikTok?

Trump said on Friday that he could use emergency economic powers or an executive order to ban TikTok. However, it’s not immediately clear what that order would look like or what legal hurdles it could face.

That news came after reports that TikTok’s Chinese parent company, ByteDance, could sell off TikTok to an American company such as Microsoft.

So does Mayer have regrets about leaving the Magic Kingdom behind? Hard to say.

TikTok said on Saturday it’s not “going anywhere.” And while it’s under siege, Disney has been hobbled by the pandemic.

The health crisis has hit nearly every part of Disney’s business. Its parks and resorts have just reopened after being closed for months, major films like “Mulan” are delayed, and the production of the company’s shows and movies have mostly stopped.

On top of that, another Disney+ executive left the company this week. Agnes Chu, Disney+’s VP of content, left to become the president of Condé Nast Entertainment.

“The Disney of August 2020 is not really recognizable to the company that launch Disney+ last year,” Cole said. “Either way, Mayer would be dealing with a lot right now, so I don’t know how regretful he is, if at all.” 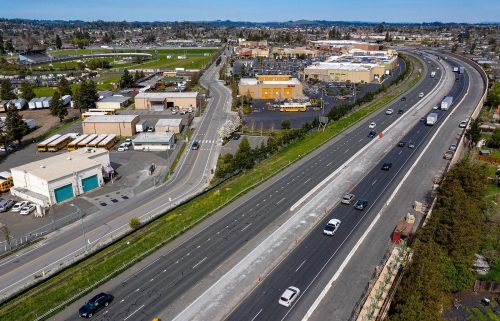