Europe’s summer tourist season may be officially past saving.

There are early signs that attempts to restart travel and draw tourists back to the world’s most visited region are floundering, placing millions of jobs at risk and reducing the chance of a quick economic recovery from the coronavirus pandemic.

TUI, the world’s largest tour operator, said in a statement Thursday that bookings between June and the beginning of August collapsed 81% compared to the same period last year. Even with a partial restart of travel in Europe in mid-June, the company has sold just 16% of its original summer 2020 program.

While restrictions have been eased, holiday sales for the upcoming winter are down about 40% and TUI has reduced capacity for next summer by a fifth, even though bookings are currently pacing considerably ahead of last year.

The company, which has borrowed nearly €2.9 billion ($3.4 billion) from the German government, does not expect business to return to normal before 2022. Like many other firms, it still cannot forecast its financial performance for this year due to the pandemic.

TUI’s tepid outlook reflects the huge degree of uncertainty that still surrounds the future path of the virus.

Already, localized lockdowns have been imposed in parts of Europe as coronavirus cases spike again. The United Kingdom is mandating a 14-day quarantine for arrivals from a growing list of countries, including Spain, Belgium and Luxembourg. France, the Netherlands, Monaco and Malta will be added to the list on Saturday, according to the latest travel guidance from the Department of Transport.

The news does not bode well for the region, which typically boasts half the world’s international arrivals and about a third of global tourism spending annually, according to the UN World Tourism Organization. The European Union has gone to great lengths to bring tourists back, including setting up a website that provides travel advice for 30 European states.

More than 7 million jobs supported by travel and tourism in Europe are now at risk, up from an estimate of 6 million in June, according to IATA. “It is desperately worrying to see a further decline in prospects for air travel this year, and the knock-on impact for employment and prosperity,” IATA’s Europe vice president, Rafael Schvartzman said in a statement.

Trillions in GDP at risk

TUI’s earnings are just the latest sign of the pandemic’s devastating impact on travel and tourism, which is rippling through dozens of other sectors and will hamper the ability of the global economy to recover.

Without “urgent coordinated action” among major governments, travel and tourism is expected to suffer “irreversible damage,” according to the World Travel and Tourism Council.

The industry body is now forecasting the loss of 197 million jobs worldwide and a $5.5 trillion reduction in the sector’s contribution to global GDP this year — a 62% drop compared to 2019. As many as 18.3 million of the lost jobs could be in the European Union.

The outlook has deteriorated rapidly. In April, the WTTC forecast the loss of about 100 million jobs and a $2.7 trillion hit to GDP. The escalation in the crisis is largely due to ongoing barriers to global travel, such as blanket quarantine measures and travel restrictions, WTTC said in a statement last week.

“The confusing patchwork of bans, quarantines and uncoordinated international testing and tracing measures, have deterred many people from traveling at all with the peak summer 2020 travel season all but being wiped out,” it added.

“Governments around the world must align their policies and work hand in hand with the private sector to revive travel and tourism, so we can restore jobs and help revive the global economy,” said CEO Gloria Guevara.

The WTTC this week sent a letter signed by more than 100 industry leaders to the heads of G7 economies, as well as Australia, South Korea and Spain, calling for a joint response and outlining measures to get travel back on track.

These include mandatory mask wearing on all modes of transport, testing and contact tracing, and the removal of blanket quarantines.

Given its “inherently global nature,” travel and tourism represents one of the world’s most “integrated and interdependent supply chains,” said James Gellert, the CEO of RapidRatings, which analyzes the financial health of companies worldwide.

“Everyone is affected by a reduction in travel, whether you’re destination dependent like hotel groups and restaurants or product and service providers to the companies in the travel and leisure markets,” he told CNN Business. 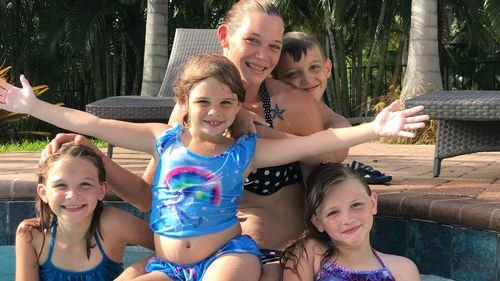