President Donald Trump on Friday mocked an American news anchor for being shot with a rubber bullet during George Floyd protests in May, calling it a “beautiful sight” during a political rally in Minnesota.

While speaking of the protests against racial injustice that swept the country earlier this year, Trump recalled the moment that police fired on MSNBC anchor Ali Velshi and his crew as they were reporting from Minneapolis.

“I remember this guy Velshi,” Trump said. “He got hit in the knee with a canister of tear gas and he went down. He was down. ‘My knee, my knee.’ Nobody cared, these guys didn’t care, they moved him aside.”

“And they just walked right through. It was the most beautiful thing,” Trump said. “No, because after we take all that crap for weeks and weeks, and you finally see men get up there and go right through them, wasn’t it really a beautiful sight? It’s called law and order.”

The crowd then erupted in applause and cheers.

Velshi responded to Trump in a tweet, noting he was actually hit by a rubber bullet, not a tear gas canister, and asking, “What law did I break while covering an entirely peaceful (yes, entirely peaceful) march?”

In a statement, an MSNBC spokesperson said, “Freedom of the press is a pillar of our democracy. When the President mocks a journalist for the injury he sustained while putting himself in harm’s way to inform the public, he endangers thousands of other journalists and undermines our freedoms.”

During his live broadcast in May, Velshi and his crew could be seen covering a protest during broad daylight when police began firing tear gas at them.

“There has been no provocation, there was nothing that happened whatsoever,” Velshi said. “The police pulled into this intersection, unprovoked, right into the middle of the crowd, split the crowd, started firing in both directions. They now have fired at us.”

Velshi and his crew quickly moved back, but several minutes later Velshi was struck by a rubber bullet and grasped his knee in visible pain.

Trump campaign spokesman Tim Murtaugh falsely asserted in a statement to CNN on Saturday that Trump was “calling the restoration of peace ‘a beautiful thing,'” despite the President’s clear remarks about Velshi having been captured on video.

Spokespeople for the White House did not immediately respond Saturday with a comment on Trump’s remarks.

Trump and his allies have for years aimed to discredit journalists and news organizations, often through the use of lies and dishonest rhetoric. His celebration of an American journalist being attacked by police is jarring, but perhaps not surprising from a president that has branded the press as “the enemy of the people.” 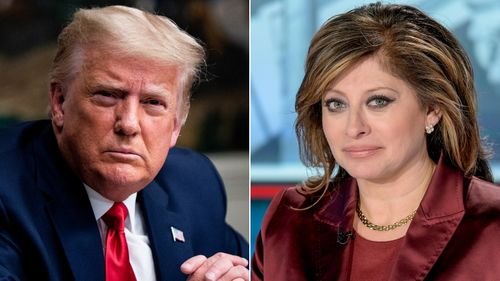