Ted Cruz yelled. His Democratic colleague Brian Schatz called the hearing in which he was speaking “a sham.” Committee chair Roger Wicker couldn’t pronounce the last name of Google’s CEO. Just another day on Capitol Hill for Big Tech.

In a contentious hearing on Wednesday, the CEOs of Facebook, Google and Twitter were questioned by Senators on the Commerce Committee over their content moderation policies. Some lawmakers demanded more transparency while others sought explanations on a few specific cases in which content was removed or labeled by platforms. Though the hearing was meant to focus on a crucial law, known as Section 230, that protects the companies’ ability to moderate content as they see fit, Senators strayed from the brief and confronted the executives on other topics, including antitrust, misinformation about voting and election interference.

Schatz and other Democratic senators slammed the timing of hearing, which comes less than a week before the US election. “This is bullying and it is for electoral purposes,” Schatz said. “Do not let the United States Senate bully you into carrying water for those who want to spread misinformation.”

Cruz angrily went after Twitter CEO Jack Dorsey, pressing him on the platform’s decision to restrict content posted by the New York Post. He concluded by shouting at Dorsey: “Mr. Dorsey, who the hell elected you and put you in charge of what the media are allowed to report and what the American people are allowed to hear, and why do you persist in behaving as a Democratic super PAC silencing views to the contrary of your political beliefs?”

Cruz also asked Dorsey if Twitter has the ability to influence elections, to which Dorsey answered “no,” adding that his platform is part of a “spectrum of channels people have.”

Sen. Ron Johnson seized on Dorsey’s statement later in the hearing, asking “Mr. Dorsey, do you still deny that you don’t have the ability to influence [and] interfere in our elections?” Dorsey affirmed his answer.

Republicans also repeatedly pointed to Twitter’s inaction on tweets from Iranian Ayatollah Ali Khamenei, as a way to illustrate, in their view, the uneven application of the company’s moderation policies. “It’s strange to me that you’ve flagged the tweets from [President Trump], but you haven’t hidden the Ayatollah’s call to wipe Israel off the map,” Sen. Cory Gardner said. Early on in the hearing, Dorsey defended the inaction, characterizing the Ayatollah’s tweets as “saber-rattling” that does not violate Twitter’s policies.

The hearing came as social media companies have been bracing for an onslaught of misinformation. In recent days, Facebook and Twitter have both taken action to slow the spread of some content, bringing about allegations of bias, censorship and even election interference.

The tech CEOs and several lawmakers appeared by video.

Wicker opened Wednesday’s hearing by slamming the tech companies for an “apparent double standard” that disadvantages conservative content on social media. Wicker said that Section 230, which shields tech companies from litigation over their content moderation decisions, must be changed. “The time has come for that free pass to end,” he said.

Sen. Maria Cantwell, the top Democrat on the committee, said she hoped Wednesday’s hearing would not cause a “chilling effect” on tech companies’ efforts to reduce misinformation, particularly around the election and Covid-19.

“To do otherwise would be contrary to both our business interests and our mission, which compels us to make information accessible to every type of person, no matter where they live or what they believe,” Pichai said.

In his opening remarks, Dorsey said restricting Section 230 could stifle startup innovation and further the dominance of large tech companies. Dorsey proposed that Section 230 be expanded to require that companies provide clear explanations of their content moderation decisions, a “straightforward” appeals process and the ability for consumers to choose the algorithms that serve up social media content.

The companies have invoked the federal law — Section 230 of the Communications Decency Act — in one court case after another to dismiss potentially costly lawsuits over messages, videos and other content created by users.

Under Section 230, “interactive computer services” are considered legally separate from the users who generate their content. They can’t be said to publish or “speak” the words of their users. In practice, courts have repeatedly accepted Section 230 as a defense against claims of defamation, negligence and other allegations.

Facebook CEO Mark Zuckerberg highlighted the importance of Section 230 in his opening remarks, but said lawmakers have a role to play in determining what content is acceptable, too, and that’s why he’s called for increased regulation in the past. Zuckerberg said Facebook looks to be “fair and consistent” in its policies and decision making amid complaints from both parties that the company doesn’t moderate its platform appropriately.

In a video released ahead of the hearing, the Commerce Committee highlighted what it says are examples of social platforms’ actions against conservative accounts, such as Twitter labeling a tweet from Fox News personality Tucker Carlson, saying the media he shared included “potentially sensitive content.”

Independent studies of social media have found little credible evidence to suggest that the technology is biased against right-wing viewpoints.

Attacks on Section 230 have escalated in recent days as Facebook and Twitter limited the distribution of a series of articles by the conservative-leaning New York Post that claimed it obtained “smoking-gun” emails about Hunter Biden, the son of Democratic presidential nominee Joe Biden, and his dealings in Ukraine. CNN has not determined the authenticity of the emails.

Facebook said it decided to “reduce distribution” of the article “pending fact-check review” as part of its policy against “misinformation.” Twitter later blocked users from tweeting links to the main story as part of its policy against spreading “hacked materials,” even though it wasn’t clear whether the underlying emails attributed to Hunter Biden were hacked, copied, or fabricated.

US authorities are investigating whether the recently published emails are connected to an ongoing Russian disinformation effort targeting the former vice president’s campaign, a US official and a congressional source briefed on the matter said. 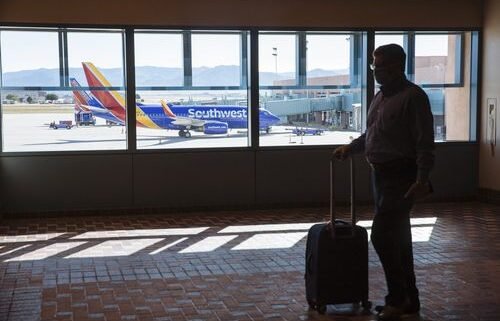 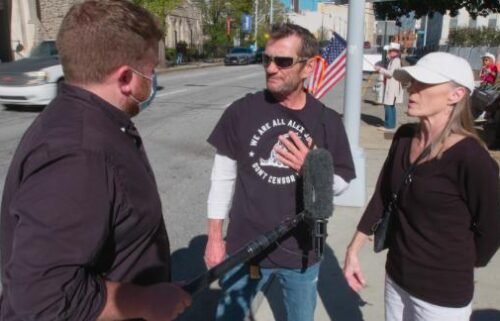