ATLANTA, Ga (WGCL) — A young man with disabilities was abandoned at Grady Hospital and police need the public’s help in identifying the woman who dropped him off.

Late evening on December 4, surveillance footage caught the woman with the young man walking around inside the hospital. Officials said, the two never checked in or registered with hospital staff.

Around midnight, hospital staff found the man standing alone outside of the hospital.

Police said, the young man had no identification and appeared malnourished; they attempted to communicate with him, but he would not respond to verbal or written communication.

According to investigators, the man may have Down syndrome.

After further investigation, surveillance footage caught the woman getting into a red mini van and leaving the young man at the hospital.

The young man is being cared for at Grady Hospital and is in the custody of Georgia’s Division of Family and Child Services.

This is an on-going investigation, stay with CBS46 News for updates.

Anyone with information is asked to call APD’s Special Victims Unit at 404-546-4260 or call Crime Stoppers. 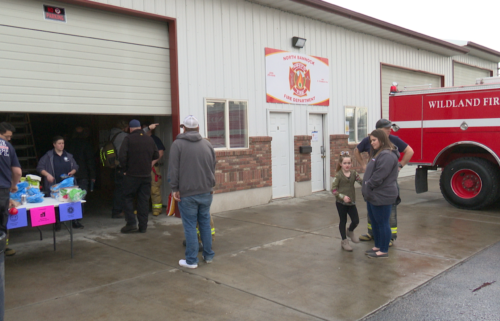