When Democratic Rep. Adam Schiff of California decided to join the House Intelligence Committee in 2008, taking a leading role in impeaching a President wasn’t quite what he anticipated.

“He wanted to go on the Intelligence Committee for two principle reasons: Number one, it was bipartisan, and number two, it was quiet,” said former Democratic Rep. Steve Israel of New York, a close Schiff friend. “And so I often say to him, ‘How did that work out for you, buddy?’ “

It did not work out as expected. After leading a series of impeachment hearings last year he is now one of the key House impeachment managers, making the case why President Donald Trump should be removed from office.

“It feels at times like it’s being in the eye of the hurricane,” Schiff told CNN’s Gloria Borger in a November interview. “You can never tell when you’re going to step out of the eye and into gale-force wind.”

Those winds have often come from the White House, with Trump calling for him to resign and even be investigated for treason.

“I can’t even keep up with the President’s Twitter attacks on me,” Schiff said, adding that his staff no longer bothers to send him all of the President’s tweets. “They’re just too numerous.”

The attacks only intensified after Schiff changed his mind about impeaching the President. During the Russia investigation, Schiff hadn’t been sold that impeachment was the best course of action.

But then came Trump’s phone call with the Ukrainian President.

“What made this a necessity for me and so many of my colleagues is that if the President believes that he can abuse his office, the power of that office, he can fail to defend our national security and there is no accountability, even if the accountability is only in the House, that’s too dangerous a prospect to persist,” Schiff said.

Ironically, it was a previous presidential impeachment that brought Schiff to Congress.

After attending Harvard Law School, Schiff worked as an assistant US attorney in California, where he persuaded a jury to convict an FBI agent of selling secrets to the Russians. Then he was elected to the California state Senate before setting his sights on the US House.

His incumbent opponent was James Rogan, one of the leaders of the campaign to impeach then-President Bill Clinton.

“Mr. Rogan’s priority has always been engaging in these national partisan ideological crusades and ignoring the business at home in the district. And I don’t think people value that,” Schiff told CNN during the race in 2000.

Schiff was right. He won what at the time was the most expensive House race in history. It played to Schiff’s competitive nature.

“I played quarterback, Adam played on the line for his team, and in one play Adam literally ripped the jersey off my back, and that’s Adam,” said longtime Schiff friend and law school classmate Karl Thurmond. “And so, yes, he is very ambitious, he is very competitive but not in a cutthroat or a backstabbing way.”

Schiff kept a low profile during his early years in Congress, rising to prominence in 2014 as one of the Democrats on the Republican-led committee investigating the Benghazi attack.

As chairman of the House Intelligence Committee, he faced off with Republicans again. Some, including Rep. Steve Scalise, a Louisiana Republican, have accused him of running a “Soviet-style impeachment process.”

“It’s behind closed doors … with a chairman who has lied three times to the American public looking them in the eye. And somehow we’re supposed to trust what comes out of that?” said House Republican leader Kevin McCarthy, who like Schiff, is from California.

“My Republican colleagues, finding they lack the courage to stand up to this unethical President, have consoled themselves by attacking those who do and that’s a sad reality but it is where the House GOP is,” Schiff told Borger. “Kevin McCarthy will do whatever Donald Trump asked him to do. He’ll merely ask how high he wants McCarthy to jump and then McCarthy will jump.”

Republicans have criticized Schiff for — among other things — parodying Trump’s Ukraine phone call during his opening statement at a September hearing.

“I’m going to say this seven times so you better listen good. I want you to make up dirt on my political opponent, understand? Lots of it,” Schiff paraphrased Trump as saying.

The President was not amused.

“Shifty Schiff is a double corrupt politician,” Trump said in October. “He took my words on the phone call and they were so good. He totally changed them.”

“It’s clear it’s mocking the President and just as clearly the President doesn’t like being mocked, but it was a mafia kind of … organized crime shakedown,” Schiff said in defense of his statement. “If the President wasn’t attacking me about this, he’d be attacking about something else.”

“He knew when he went into this that he was going to be vilified,” Israel said.

He gets through it, according to Israel, with what many might not see: a “goofy” sense of humor.

Any words from “The Dude” that might come up most in political life?

EDITOR’S NOTE: This story was originally published in November 2019, and has been updated to reflect Rep. Adam Schiff’s role as lead impeachment manager in the Senate trial of President Donald Trump. 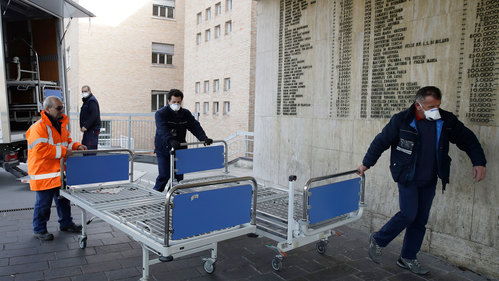 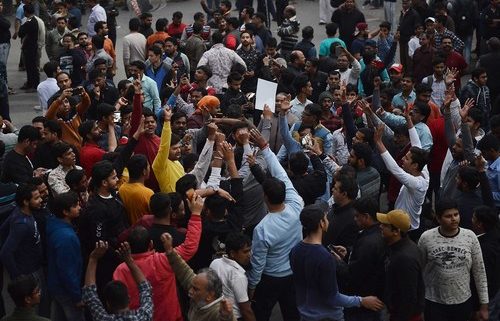