Days before the New Hampshire primary and in the wake of the tumultuous Iowa caucuses, Democratic challengers took the stage Friday in a debate hosted by ABC, WMUR-TV and Apple News.

CNN took a look at the facts around several claims made by the 2020 candidates during the debate. Here’s what we found.

The high cost of health care was front and center at the Democratic debate in New Hampshire Friday night.

Facts First: Multiple studies show that millions of Americans can’t afford their medications. While it’s unclear which study Warren is referencing, Warren’s campaign did previously tell PolitiFact that she was referencing a 2019 Commonwealth Fund report when she made a similar point late last year. And by that measure she’s close — that report found that 37 million adults age 19 to 64 did not fill a prescription in 2018 because of cost. The study notes that many people with insurance coverage still face financial difficulties because they have high deductibles or out-of-pocket costs.

Other studies also show Americans have trouble affording their prescription drugs. A 2019 Centers for Disease Control and Prevention report found that 11.4% of adults age 18 to 64 did not take their medication as prescribed to reduce costs in 2017, while 19.5% asked their doctor for a lower-cost alternative.

Meanwhile, a 2019 survey from Gallup and West Health found that 58 million adults reported an inability to pay for needed drugs in past year.

One bright spot: Things used to be worse. Before the Affordable Care Act went to effect in 2014, even more Americans had trouble filling prescriptions, according to the Commonwealth report. In 2012, some 50 million people did not fill their prescriptions.

President Donald Trump and lawmakers on both sides of the aisle have said they want to reduce the cost of prescription drugs, but little has been done.
-Tami Luhby

Former South Bend, Indiana, Mayor Pete Buttigieg asserted during the debate that the Trump administration admitted the Iran nuclear deal — which it pulled out of in 2018 — was actually working.

“This President has moved us this much closer to the brink of war, but it didn’t start with the Soleimani strike,” Buttigieg said, referring to the January US airstrike that killed top Iranian Gen. Qasem Soleimani. “It started with withdrawing us from the Iran nuclear deal that his own administration certified was working.”

Facts First: This is basically true. The Trump administration repeatedly recertified the nuclear deal and waived sanctions against Tehran, effectively acknowledging Iran was abiding by the terms of the deal even as the President publicly criticized it.

The terms of the nuclear deal required the US president to reauthorize it every 120 days to keep sanctions from kicking in. Trump didn’t leave the deal until May 2018 and reauthorized it a handful of times after taking office.

CNN previously reported the President promised to kill the deal on the campaign trail but was persuaded by Cabinet members and allies several times to recertify Iran’s compliance.

Former Defense Secretary James Mattis told the Senate Armed Services committee in April 2018 that the verification provisions in the pact were “pretty robust” though he did not publicly back the deal. Despite his criticism of the deal, neither Trump nor his aides had been able to say Iran was violating the terms of the agreement.

Biden on 64 US service members with TBI

“You saw what happened when that air raid — when those missiles were fired from Iran into Iraq at al Asad air base. 64 of our heroes were wounded. But here’s what happened — they received traumatic brain injury. What did the president say? He said, headaches, not bad. Headaches, that’s all they are.”

Facts First: Biden’s claim is true. A total of 64 US military personnel have now been diagnosed with mild traumatic brain injury in the wake of the January 8 Iranian missile attack on the al Asad military base in Iraq, according to two US officials with knowledge of the latest information.

“No, I heard that they had headaches, and a couple of other things, but I would say, and I can report, it’s not very serious,” Trump replied during a news conference at January’s World Economic Forum in Davos, Switzerland.

Of the 64 diagnosed cases thus far, 39 have returned to duty as of January 31.

Several Pentagon officials have previously told CNN that the number of diagnosed cases is likely to continue to change. Approximately 200 people who were in the blast zone at the time of the attack have been screened for symptoms.

Facts First: Yang is correct that some 4 million manufacturing jobs have been lost in the United States since the turn of the century, but it is unclear how many of them were lost due to automation.

America lost 4.4 million manufacturing jobs between January 2000 and January 2020, according to the Bureau of Labor Statistics. The sharpest declines during the time period happened during the 2001 recession.

Economists, including at the National Bureau of Economic Research, attribute the job losses in part to increased trade liberalization and technological advances including automation.
-Anneken Tappe

Vermont Sen. Bernie Sanders has been saying for a full decade that Americans spend twice as much per person on health care as do the people of any other country, though fact checkers have repeatedly pointed out that this is an exaggeration.

Sanders said it at the last Democratic debate in January. And he said it again at the debate on Friday: “We are spending twice as much per capita on health care as do the people of any other country.”

Facts First: Again, Sanders is exaggerating. The US does not spend twice as much per capita as “any” other country on health care, though it does spend more than twice the average for the members of the Organisation for Economic Co-Operation and Development, a group of 36 countries with large market economies.

The OECD average for 2018 was $3,992 per capita, so Sanders would be correct if he had said the US spends more than twice the average for wealthy countries. But he has been using his incorrect wording since at least 2009, when fact-checkers at PolitiFact first noted that it wasn’t true.

It is possible that the health spending numbers were different in 2019 than they were in 2018 and in years prior, but that data is not yet available.

You can read a longer version of this fact check here.
-Daniel Dale

Biden keeps repeating a misleading story about why he voted in 2002 to authorize President George W. Bush to use military force against Iraq.

Challenged about his vote once more on Friday, Biden accurately said that he acknowledged 14 years ago his vote was a mistake. But he also said this about what happened in 2002: “I trusted George Bush to keep his word. He said he was not going to go into Iraq. He said he was only using this to unite the United Nations to insist we get inspectors in to see what Saddam (Hussein) was doing.”

Facts First: Biden’s account omitted key facts. He was a vocal supporter of the war both before and after it began in 2003, though he had also called for additional diplomacy before the war began. In public remarks in early 2002, Biden expressed support for ending the Saddam Hussein regime. And after the war began, he did not say he voted to authorize military force only because Bush had deceived him about having peaceful intentions. Rather, Biden was forthright: He believed going to war was the right thing to do.

“Nine months ago, I voted with my colleagues to give the president of the United States of America the authority to use force and I would vote that way again today. It was the right vote then and would be a correct vote today,” Biden said in a July 2003 speech at the Brookings Institution.

In a commencement address at the University of Delaware in May 2004, Biden said that the “legitimate reason for going into Iraq, was (Hussein) violated every single commitment he made and warranted being taken down. And the international community and us had a right to respond. But the fact is that we are in Iraq, and I voted for us to go there.”

On Friday, Biden did not repeat the most dishonest part of the story he sometimes tells — that he opposed the war from the moment it began.

Here‘s a detailed timeline of Biden’s early comments on the war. Here‘s an account of how Biden and his team have explained his misleading comments during this campaign.

During the debate, Yang claimed that “mental illness, stress, debt, substance abuse, overdoses” were all at record highs.

Yang made similar claims during debates in July and December as well. Here’s what we found:

Facts First: While it’s true that these rates have risen recently, it’s impossible to say they’re at record levels.

It’s unclear what debt Yang is referring to here, but it’s true that student loan debt, which has climbed to $1.5 trillion, has reached record levels, as has the US national debt, which is currently over $23 trillion.

Drug overdose deaths increased significantly between 1999 and 2017, but provisional data posted by the CDC last year suggest that rate fell slightly in 2018 — down to an estimated 68,000 deaths from about 70,000 the year before.

Stress and mental illness are far more difficult to quantify given how recently humans have been recording these health issues.
-Holmes Lybrand

During the debate, Buttigieg was asked if his call “for the decriminalization of all drugs” included “heroin, meth and cocaine.”

Buttigieg pushed back. “No, what I’ve called for is that incarceration should no longer be the response to drug possession.”

Facts First: Buttigieg has not said he would fully decriminalize illicit drugs — beyond marijuana, which he wants to legalize. One of Buttigieg’s campaign plans includes decriminalizing “addiction,” but it does not say which kinds of addiction. Buttigieg has said that possession of any illegal drug, including cocaine and methamphetamine, should not be punished by incarceration, but he has not called for the complete decriminalization of the possession of those drugs in particular.

In his plan to fight addiction and improve mental health, Buttigieg calls to “decriminalize mental illness and addiction through diversion, treatment, and re-entry programs.”

“When someone is undergoing a crisis or is caught using a drug,” the plan reads, “they should be treated by a health professional rather than punished in a jail cell.”

In remarks to the Des Moines Register in late December, Buttigieg said “incarceration should not even be a response to drug possession.” Asked if this list included “meth or coke or ecstasy, any drugs,” Buttigieg said “That’s right.”

“I would not have said even five years ago what I believe now, which is that incarceration should not even be a response to drug possession,” he told the Des Moines Register.

His criminal justice plan says that “on the federal level” he would seek to “reduce sentences for other drug offenses and apply these reductions retroactively, and legalize marijuana and expunge past convictions.”

It’s unclear, however, what punishment Buttigieg would support for possession of illicit drugs beyond marijuana. 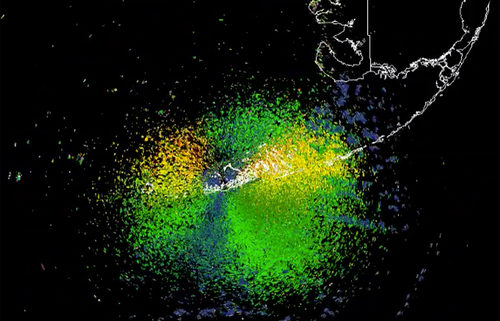