The US electoral system didn’t need a scenario in which the first presidential preference contest of the 2020 campaign was botched beyond repair. But that’s what it got in Iowa.

The country is built on faith in the electoral process, but that’s been severely dented in the 20 years since the 2000 Bush v. Gore debacle over Florida’s hanging chads. Since then, we’ve added foreign interference to a mix that’s long included voter suppression, gerrymandering and an antiquated Electoral College that routinely gives the person with fewer votes the White House.

Put together all these very real and different challenges to the American system and it’s hard to fight the feeling that this experiment in democracy is teetering.

What happened in Iowa

The Iowa SNAFU appears to be the result of a flawed app and an even worse backup plan. Overloaded phone lines for reporting results — a problem exacerbated by Trump supporters and others calling in to make trouble worse — combined with changes to how the Party reported caucus votes triggered a nuclear meltdown.

The end result is there is still no clear winner for the first 2020 primary contest.

The Iowa Democratic Party made things worse by hiding the issue behind its delayed results for hours on caucus night. Then, it released only a portion of results.

That opened the door for campaigns to sow doubt about the numbers.

Former Vice President Joe Biden, who did not do as well as anticipated in the results we’ve seen, subtly questioned the results on Wednesday. “I’m not gonna sugarcoat it. We took a gut punch in Iowa,” Biden said in New Hampshire, adding: “The whole process took a gut punch.”

Nobody, including Biden, is actually suggesting the results are so flawed that Joe Biden’s current fourth place showing in Iowa is incorrect. But there are serious problems with the results.

A CNN analysis of Iowa results shows errors in the result count reported by the Iowa Democratic party won’t give anyone more faith in the process. It showed mis-tabulated results related to the caucus system, which begins at a designated time and where caucusers can realign if their first candidate doesn’t reach a 15% viability threshold at that particular caucus site.

Democrats want to get this behind them and it’s worth noting there were already concerns about the caucuses being undemocratic.

“This is just one moment in time,” said Maria Cardona, a Democratic strategist and CNN political commentator. “Democrats are going to fix it and move on from it and focus on the priority, which is beating Donald Trump.”

Trump likes to question US democracy

Trump’s campaign manager, Brad Parscale, suggested on Twitter that the Iowa results were “rigged.” That picked at a scab for Democrats left over from 2016, when Trump said the same of the whole process.

When Trump criticized the electoral process for being “rigged” against him in 2016, he was rightly criticized. It felt at the time like he was building an excuse for when he lost. But he won the White House even though he got fewer votes than the other candidate.

Turned out the process wasn’t rigged, but built in such a way that a divisive nationalist intentionally appealing to white voters could win with fewer votes than the other person.

And that’s even without factoring in that Russians were trying to influence it by spreading fake information on social media and hacking the Democratic party.

Trump didn’t stop with his “rigged” allegation, even after he won.

He alleged voter fraud kept him from winning the popular vote, an incorrect conspiracy theory he routinely repeated, despite having no evidence, and actually appointed a panel to investigate. They disbanded after finding nothing to support Trump’s claims.

He has already laid groundwork to challenge the results this coming November by saying that congressional investigations into his administration are an attempt “to win an election in 2020 that they know they cannot legitimately win!”

Meddling from the outside

And that was before Democrats impeached him for pressuring Ukraine to investigate Joe Biden while holding up needed security aid to the country and Republicans, deciding they were okay with that behavior, acquitted him in the Senate.

We know — thanks to the Mueller report — that Russian government hackers compromised two Florida county election systems, although they did not manipulate any data.

Alarmingly, the Government Accountability Office reported this week that the Department of Homeland Security needs to “urgently finalize the strategic plan and the supporting operations plan for securing election infrastructure for the upcoming elections.”

It’s clear from testimony by the US intelligence community and others that Russia is still actively trying to influence the 2020 election with misinformation that spreads on social media. The question is how successful they will be.

All of that, taken together, is a pretty clear pattern that could shake Americans’ faith in the electoral process. It is the faith in that process, and the peaceful transfer of power, that is the ground upon which the entire American experiment in self government is built and Trump has been criticized for trying to undermine it.

Democrats have jumped on board with questioning electoral outcomes. Hillary Clinton and others have said Russian interference in 2016 contributed to her loss.

They’ve also complained about how Republicans, at the state level, have gone about trying to seek advantage through gerrymandering congressional districts and passing voter ID laws. (Democrats gerrymander too, but Republicans are generally better at it, in part because they aggressively sought to control state legislatures.)

Georgia’s Stacey Abrams lost her race for governor in 2018, but she continues to cast doubt on the result in part because of what she called voter suppression. She pointed to hundreds of thousands of voter registrations purged from the rolls by her opponent, then-Georgia Secretary of State Brian Kemp. He’s now the governor, by the way. He won by less than 50,000 votes.

While Democrats complain of voter suppression, there is one isolated example of meaningful election fraud that benefitted a Republican. In North Carolina in 2018, there was a documented case of voter fraud in a House race a Republican won by the closest of margins. A special election was held in September after the 2018 Election Day results were invalidated.

Republican-controlled states continue to pass more restrictive voter ID laws — this year Kentucky and Nebraska have proposals under consideration. Meanwhile, Republicans in Florida tried to block a 2018 referendum passed by voters that would enfranchise former felons who had been barred from voting. Their efforts to clarify the proposal has led to more felons in Democratic-controlled areas getting the right to vote compared to Republican-controlled areas, according to NPR.

Who can vote in red states vs. blue states

Elections are generally fair from the perspective that “they are generally run in a fashion where people who show up to the ballot box and their votes are counted as cast,” said Robert Alexander, a professor at Ohio Northern University who has written about the electoral process.

But he added that “both political parties look to create electoral processes that likely advantage their political fortunes.”

“Access to voting really depends on where you live and how competitive the parties are in your state,” he said. “Differences among the states allow for legitimate concerns to be brought up over who is shut out or invited in when it comes to the electoral process.”

As an example, the National Conference of State Legislatures maintains a database of voter laws by state.

Rather than seek the national spotlight as a Senate or presidential candidate, Abrams has turned making US elections more fair a call to action.

Her Twitter feed in the aftermath of the Iowa debacle is a documentation of how the Democratic primary process isn’t actually that democratic and how the party is taking minority voters, in particular, for granted.

“Regardless of the tech issues, Iowa uses a caucus system that excludes people who cannot participate because of work or family obligations. The most democratic process invites all eligible voices, which is why early and mail-in voting and a full Election Day are essential,” she tweeted.

She also called for the entire early primary system to be overhauled.

“The Iowa Caucus is a long and storied tradition, but traditions can and do change. As we build a more accessible election process, we should revisit how Democrats launch our primary season,” she said, later adding, “Suppression exists when voices are intentionally silenced AND when no one is willing to admit or fix the problem. Voter suppression awaits millions of voters in November unless we organize against efforts to block and discourage voters.”

Democrats wanted to make election reform their calling card in 2020.

When they took control of the House, the first thing they did was pass an election reform proposal that would make it easier for more people to vote — something the GOP-controlled Senate had no intention of considering. They’ve also blocked separate election security bills for not being bipartisan enough.

Likewise, Trump’s complaints about a rigged system are unlikely to be as effective. He is, after all, the President.

“In 2020, it will be clear that Trump can win re-election and those who wish to see him unseated will be far more likely to turn out to vote to do so,” said Alexander, who added there will be an equal concern among some of his opponents that the system is actually rigged for him — “whether they view it through Russian interference or voter suppression.” 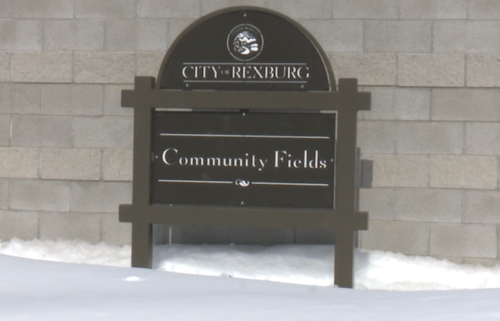 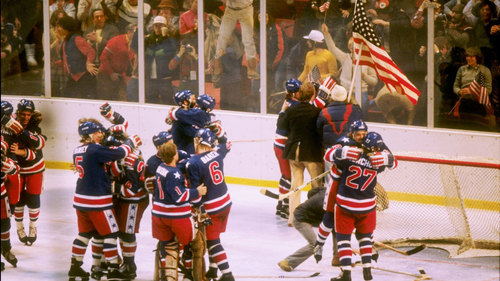