Vermont Sen. Bernie Sanders holds on to his lead on the eve of New Hampshire’s Democratic primary, the final CNN tracking poll conducted by the University of New Hampshire Survey Center shows.

Only about half of likely primary voters in New Hampshire say they have definitely decided for whom they will vote, meaning that despite the stability in the numbers throughout the six-day tracking period, there remains room for preferences to shift.

Sanders has a gaping 24-point lead among those who say they are committed to their candidate (42% for Sanders, 18% for Buttigieg, 14% for Biden, 10% for Warren, 6% for Klobuchar). Buttigieg holds an 11-point lead among those who could change their minds (26% for Buttigieg, 15% for Sanders, 10% for Warren and 7% each for Biden and Klobuchar).

Although none of the movement in the poll appears to threaten Sanders’ or Buttigieg’s place near the top of the field, there has been some growth in support for Klobuchar and for Biden in the final two days of fielding. While Klobuchar landed at 4% support in interviewing on Thursday and Friday, she holds 11% across Saturday and Sunday dialing. Biden, meanwhile, stood at 8% in the earlier two days and 14% in the final two. Those differences could suggest real movement, or may reflect a difference between those who are reachable on weeknights compared with weekends.

Warren continues to top the list of voters’ second choices (20% say she’s their second-choice candidate), followed by Sanders at 15% and Buttigieg at 14%.

Nearly six in 10 now say that Sanders is the candidate most likely to win New Hampshire’s Tuesday primary (59% say so, that’s ticked up from 56% in the first wave of tracking released on Saturday), while 10% expect a Buttigieg win and just 6% each a Biden or Warren win.

Sanders has also held on to his new edge as the candidate with the best chance to win in November, 30% say he’s that candidate, 22% say Biden, 13% Buttigieg.

President Donald Trump remains dominant in the Republican primary, with 90% of respondents saying they will vote for the President and just 7% backing former Massachusetts Gov. Bill Weld. 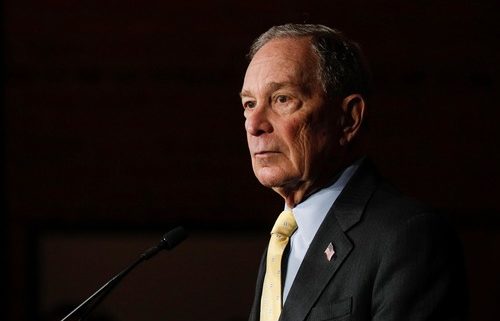