CHARLOTTESVILLE, Va. (Daily Progress) — Friends and family in California, the British Virgin Islands and Sweden were able to watch Lillian Showalter take a big step in her Jewish faith earlier this month, but the ceremony was far from the usual celebration.

Lillian’s bat mitzvah was held in her home and live streamed because of the COVID-19 pandemic. Most of the coming-of-age ceremonies for Jewish 12- and 13-year-olds at Congregation Beth Israel have been moved online due to limitations on groups gathering. But the change had a silver lining.

“They wouldn’t have been able to come and see it, so having it over Zoom actually made more people be able to watch it,” she said.

Lillian has been attending Hebrew school for years but more dedicated weekly tutoring started about six months in advance of her bat mitzvah. Due to the pandemic, that tutoring moved to virtual lessons.

About six weeks in advance of the May 9 service, her family realized she was not going to be able to do the service in Temple due to social distancing requirements.

“We decided to just postpone the party and keep it on the date, because if I had postponed the whole thing I would’ve had to learn a new Torah portion, and that takes about six months to learn,” Lillian said.

“It was a tough decision, but we decided to do the service over Zoom,” Lillian’s mother Shayna Showalter said.

Initially, Lillian was most upset about not being able to read directly from the actual Torah, as she was going to have to read from her worksheets she had used to practice.

“Then about four days before the service, the rabbi called me and told me that they had figured out a way for us to pick it up,” Shayna Showalter said. “They had built this special box for it and the day before I went and picked it up. so she was able on the day of to actually read from the Torah.”

Lillan was Congregation Beth Israel’s first bat or bar mitzvah service during the pandemic to have the Torah at home, and each service done virtually has been a little different.

“They’ve started doing more,” Lillian’s father Tim Showalter said. “This past weekend for a bar mitzvah service, they had figured out getting family members to read blessings, and just navigating the complexities and dealing with many of us who aren’t used to using Zoom. They’ve done a really good job.”

Even though the big celebration afterward has been postponed, Lillian said there were some upsides to virtually having the service.

“One of my favorite parts was that people who weren’t going to be able to come got to see it,” she said. “That was special for me.”

Only Lillian’s family was present in her home during the service.

“It made it easier for me to do my bat mitzvah because I wasn’t staring at a large crowd, and I think I was just more comfortable doing it,” Lillian she said. 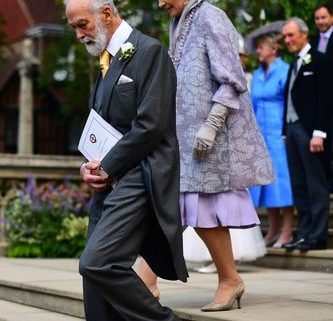