MADISON, Wisc. (Wisconsin State Journal) — Protesters tore down statues of Forward and a Union Civil War colonel, assaulted a state senator and set a small fire in a city building Downtown on Tuesday night after the arrest of a Black activist earlier in the day.

In response, Gov. Tony Evers warned Wednesday morning that he was prepared to call in the National Guard to protect state buildings. Evers said is his office is “continuing to work with local law enforcement to understand their response to last night’s events and their plan to respond to similar events in the future.”

Devonere Johnson, 28, was arrested after causing a disturbance in a restaurant on the Capitol Square, according to Madison police and video of the incident. Videos of the arrest — some circulating on social media and others provided by the Madison Police Department — show as many as five officers taking Johnson to the sidewalk and carrying him to a police squad car after Johnson initially resisted arrest.

Johnson — who identified himself in the video as Yeshua Musa when he was inside the restaurant — is among a group of activists seen on Madison’s streets in recent weeks protesting police brutality and the death of George Floyd in Minneapolis.

By early evening, protesters gathered outside the Dane County Jail, where Johnson is being held, and began marching Downtown. Roughly 300 protesters blocked traffic, yelling at drivers and telling them to join the demonstration. A few drivers drove through small crowds of protesters, leaving at least one man injured.

Organizers stood on top of a tow truck, vowing that the night would not be peaceful.

Protesters wrapped chains around “Forward,” the bronze statue of a woman located at the State Street corner of Capitol Square, and pulled her down around 10:45 p.m. The sculpture is a replica of a Jean Pond Miner sculpture cast in 1893 and installed in the Capitol in 1895 that was designed as an allegory for devotion and progress, the embodiment of her home state.

Protesters set their sights on another statue, one of Col. Hans Christian Heg at the top of King Street, tore it down and dragged it into Lake Monona. Heg was a Norwegian immigrant and journalist who died of his wounds at the Battle of Chickamauga fighting to preserve the United States and end slavery.

Ald. Mike Verveer, 4th District, said at 3:45 a.m. Wednesday that the city had recovered both statues, but he did not know their condition. Protesters had ripped off at least the leg of the Heg statue.

The destruction continued as the night unfolded with few, if any, cops in sight.

Protesters set a small fire on one of the windows of the City-County Building Downtown, which also houses the Madison Police Department’s Downtown station. A group shattered the front entrance windows of the Tommy G. Thompson Center, which houses several state offices, and others knocked down street cameras or spray painted over the lenses.

Verveer said the small fire was in a city engineering office and was caused by a Molotov cocktail.

Some protesters punched State Sen. Tim Carpenter, D-Milwaukee, in the face after the lawmaker tried taking a picture, according to multiple reporters on the scene. Carpenter had been headed to the Capitol to get some work done late Tuesday evening when he was attacked.

“I’m heartbroken,” Verveer, who represents the Downtown area, said as midnight approached. “It’s so overwhelming right now to see this violence on the streets to this extent. I don’t know when this will ever end.”

Just before 1 a.m. Wednesday, as protesters began trying to break the windows and doors of the Capitol, police arrived in riot gear and said the group was “unlawfully gathered.” Officers warned everyone to leave the area.

“Free Yeshua,” some in the crowd chanted as they hurled taunts and insults at police officers. The confrontation ended at about 2:30 a.m. as the crowd thinned and police stood down.

“This is absolutely despicable,” Vos tweeted. “I am saddened at the cowardice of Madison officials to deal with these thugs.”

Protester Ebony Anderson-Carter said the anger and destruction was spurred in part because state and local officials refuse to listen to protesters’ calls for change.

She said while the Forward and Heg statues stood for good causes and movements, those in power are not taking that same stand with the Black Lives Matter movement. Having those statues prominently displayed in Madison creates a “false representation of what this city is,” she said.

“I just hope some people realize that sometimes you need to talk to people in a language that only they understand,” Anderson-Carter said. “Stop trying to make us speak to you in your language.”

Coopers Tavern arrest
On Tuesday afternoon, Johnson walked around the patio of Coopers Tavern, carrying a baseball bat over his shoulder, according to video provided by Madison Police. Johnson then followed a white customer inside the restaurant, calling him a racist through a bullhorn and using profanities, the video shows. Johnson then went back to the patio and spoke with more customers.

Madison police officers made contact with Johnson while he was walking away from Coopers Tavern, 20 W. Mifflin St., police reported. In a video without sound provided by police, Johnson is seen talking with officers, then walking away. Johnson tries to back away from officers, and then the struggle starts.

For just under a minute, a group of officers held Johnson on the ground on his stomach, while Johnson is seen holding his head up off of the ground, according to a video circulating on social media. Johnson is heard calling the officers “racist” and saying “They’re hurting me,” “I can’t breathe,” and asking officers “What am I under arrest for?” Three officers hold him down at first, then another officer joins.

After Johnson escaped the squad car and officers tackled him, video shows officers picking him up and putting him back into the police squad car while he yells.

After police put Johnson inside of the back seat of the squad car, Johnson can be seen in the videos escaping out of the other door of the vehicle. Two police officers tackled Johnson as he tried to run away, video shows.

Johnson has three prior convictions on his record: a felony theft from 2016, misdemeanor charges for theft and being a passenger in a stolen vehicle in 2015, and operating without a valid license in 2018.

In his statement, Evers said “violence against any person — whether in the middle of the street in broad daylight, at home trying to sleep, going for a run, or happening upon a protest as was the case last night — is wrong. It should never be tolerated. Any single act of injustice against one person is less justice for all of us, and the people who committed these acts of violence will be held accountable.

“We also cannot allow ourselves to forget the reason why these protests began,” he said, “because of the murder of George Floyd, of Breonna Taylor, of the many Black lives taken before them, and because racism and structural inequality still pervade this country. Our cause and our purpose must continue to be the pursuit of the promise of an equitable, just, and fair state and country, and we cannot delay delivering on these promises any longer.” 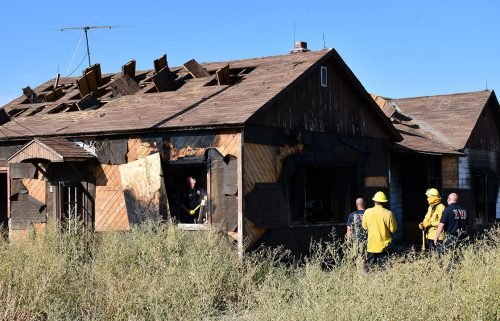