SHREVEPORT, LA (KTBS) — In an apparent disagreement within the Caddo Parish Juvenile Justice System, a teen suspect was detained, released, detained again, released a second time and detained once more after she allegedly attacked a United States Postal Worker.

According to Shreveport police, the attack happened July 11 near the corner of Horton Avenue and Dixie Gardens Drive in the Captain Shreve neighborhood.

“I was quite shocked,” said Claire Johnson, a schoolteacher who walks the neighborhood every day. “(I see) people working in the yard. people riding their bikes, other people walking… working on the roofs. Just basically a quiet neighborhood.”

The mail carrier, Ra’Tajma Jackson, told police a 16-year-old girl approached her and asked for her mail. When Jackson said she’d already delivered to the girl’s home, the teen allegedly became angry. Jackson said as she was walking away, the girl attacked her from behind, punching her in the eye and attempting to steal her cellphone.

The teen was charged with one count of attempted simple robbery and taken to the Caddo Juvenile Detention Center, where District Attorney James Stewart called her a “frequent flier.”

According to Shreveport police Sgt. Angie Willhite, the teenager “had a lengthy history of assaults on schoolteachers, resisting an officer, burglaries and thefts.”

At a hearing on July 24, juvenile court Judge Paul Young sent the girl home with an ankle monitor.

Jackson declined a formal interview but told 3-Investigates she took a few weeks off after the attack before returning Wednesday to the Postal Service for office duty. She also said after the teen was released, she felt her case was being “taken too lightly.”

“She never should have been released,” Stewart said. “Initially, she didn’t fit the criteria to be put on an ankle monitor.”

Stewart said the suspect didn’t fit the criteria because she had a violent criminal record and allegedly attacked an essential federal employee.

“We’re talking about essential people in the community who work and do what they have to do without any fear of reprisal from anyone,” Stewart said. “So when you’re talking about inspectors, postal workers — anybody like that, we want to protect them.”

After the charged were upgraded, the teenager was ordered back to detention pending a continued custody hearing. Stewart said he would have upgraded the charges even if the teen hadn’t been released the first time.

“We were able to address – assess (the victim’s) injuries and that allowed us to upgrade it based on that conversation with the victim,” Stewart said.

Young would not answer questions about specific cases, but he was willing to speak about general policies and issues that factor into his decisions on who stays and who leaves detention.

“The first thing is presumption of innocence,” Young said. “For kids, they don’t have any money. If they were adults and they were downtown, they’d be able to bond out if they had money.”

Young also said space in the 24-bed detention center is a problem that factors into his decisions. 3-Investigates has reported on this ongoing issue and Young’s repeated calls for an expansion of the center.

“We’ve lost a lot of time not expanding the detention center over the past three years. It’s coming home to roost, and we’re going to have very, very serious problems. We already are,” Young said. “We’re having to not put kids in that we think we should. We’re having to let kids go prematurely.”

Young said it’s particularly troublesome on Fridays, when beds need to be freed for probation violators.

On top of that, a new law forbids all suspects under 18 from being sent to adult jails only adds to the demand for space in juvenile detention. In order to maintain space in detention, Caddo Parish depends on things like ankle monitors to keep tabs on young offenders.

“It’s not fool-proof,” Young said. “It’s not automatically going to work in every case, but those are the things we have to consider.”

Judge Young spoke with 3-Investigates two days before he presided over the continued custody hearing for Jackson’s alleged attacker on July 31. According to Chief Deputy District Attorney Wilbert Pryor, the teen’s probation officer testified that she violated her ankle monitor restrictions three times during her weekend outside of the detention center.

Young sent her home with an ankle monitor again.

“Judges have to expect criticism because they are called upon to make decisions, and oftentimes in very difficult situations ,in very close situations, very emotional situations,” Young said. “That’s a good reason that not just everybody should be a judge.”

This case was originally on the docket for a different juvenile court judge. Young was filling in for Judge Ree Casey Jones while she was on vacation.

After the teen’s second release Friday, Jones quickly reversed Young’s decision, sending her back to detention before she could walk out of the Juvenile Justice Center.

The teen will remain in detention until her trial, which is scheduled for Aug. 25. 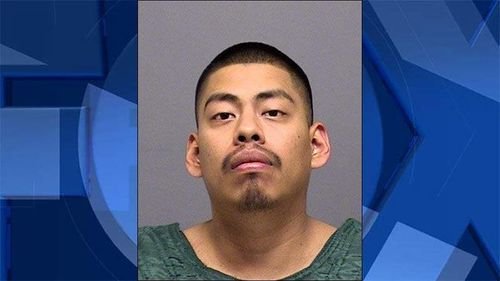