FAIRWAY, KS (KCTV) — KCTV5 News was recently tipped off about how deep the problems go inside the Department of Labor, much of it was later confirmed by a spokesperson.

KCTV5 News has learned some people have never received Pandemic Unemployment Assistance because the department can’t seem to figure out how to send federal funds to people who cannot receive state unemployment. This problem affects fewer than 300 people, but the consequences have been devastating.

Michelle Tran is on a 5-year ban for state unemployment.

She’s a single mother of a child with autism. Tran recently lost her job at Spirit AeroSystems in Wichita.

When she applied for unemployment, she learned she had previously been given an extra week of benefits and needed to pay it back.

Tran says it’s the first she ever heard of it and offered to pay back the overage.

“I took all I had left and paid that off,” Tran said.

But Kansas did not lift the ban and they never figured out how to send her federal pandemic unemployment even though she qualifies, KSDOL even acknowledges that on their own website.

Tran lost her apartment, her car and eventually moved in with a friend in California. Her 11-year-old son with autism had to leave his companion dog behind.

“It’s, it has been hell. I mean, that’s the best way to put it. I’ve landed in the hospital for panic and anxiety attacks. I stress all the time. How do you start over when you have to get rid of everything?” Tran questioned.

Tran and others like her keep hearing excuses about computer systems.

“It’s not for the state to hold you hostage over your money and then destroy lives and that’s exactly what they’ve done,” Tran said.

Tran says she’s grateful she’s not living under a bridge with her child, but suspects others have become homeless during these failures.

The Kansas Department of Labor declined to provide anyone who could sit down and review the mess and what’s being done to fix the problems. But they did acknowledge people like Tran have never been paid.

“You can have an excuse when you first start, but when it’s six months long, that’s on you now. Now everything is on them. It’s not a pandemic. It’s not a computer program. It’s not legislation that hasn’t passed. It’s on them,” said Senator Hilderbrand.

Senator Hilderbrand says he’s field numerous calls and emails from people who have lost homes, cars and even custody of their children because they did not receive the benefits they qualified for. He summed up the KSDOL in one word, disaster.

KCTV5 News has heard from workers who struggle to connect with a real person and often sit for hours on hold. Numerous people complain payments come late or are simply missing.

Kansas Governor Laura Kelly has previously spoken out about the KSDOL when the previous secretary resigned on June 22.

“As governor, I’m responsible for KDOL’s handling of unemployment claims,” Kelly said. “I am taking immediate action to ensure Kansans who are out of work, through no fault of their own, are getting the assistance they need.”

KCTV5 News has reached out to her office for comment. 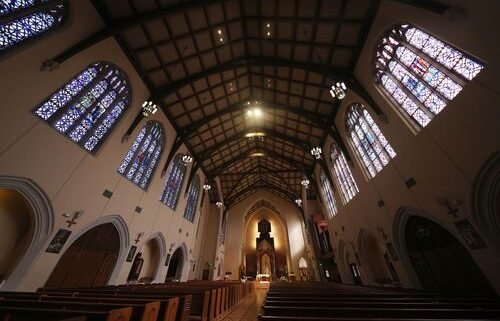