HILO, HI (KITV ) — The family wanted people to know that “there are many people that do a great job at Hilo Medical Center”. The Boyd Ohana is simply having hard a time wrapping their head around what happened and why.

William and Lorri Boyd are the couple next door. Billy, as most call him, spent 35 years with the Honolulu Fire Department. Lorri worked at Starbucks until January of this year. Eventually, they settled in Hilo with their three kids and now seven grandchildren with one great-grandchild on the way. Unfortunately, like many aging seniors, they are fighting chronic illness.

The couple’s daughters, Brooke and Erika Boyd, spoke exclusively with KITV to share their story.

“Dad in March had a double bypass heart surgery. He has a history with diabetes, heart attack, high blood pressure, stroke,” they explained.

Meanwhile, mom has had colon cancer, is a smoker, and has had breast cancer twice. Erika said, “She had just had a mastectomy in May so she is also really high risk.”

Then came the devastating news in late August that Billy was positive for COVID-19 and was admitted to Hilo Medical.

“They had him in there for three days from the 25th until the 28th, on the 28th I picked him up from the hospital. The very next night (we) called 911 and got him back to the emergency room,” said Erika.

Billy was immediately intubated in Hilo and medivaced to Kaiser Moanalua. The family says based on his condition and underlying health issues, the Department of Health nurse assigned to their case was shocked he had been released at all. Especially, back into a household where all family members had tested negative.

“We just don’t understand why they released him that night. He couldn’t walk, he couldn’t even talk to us on the phone,” said Brooke.

Their mother had been tested for COVID-19 after her husband was diagnosed, and was negative. But two weeks later she fell ill after two more COVID-19 tests. When she was admitted to the ER, she took yet another.

In total, to date, more than a dozen negative tests.

“She called me and she told me, I’m in a room with a COVID positive, and she’s freaking out and the nurse tells me well they are six feet apart,” said Brooke.

“She didn’t want to go to the hospital because of what had happened with my dad. To hear them tell us that she’s negative but they put her in a room with somebody positive…,” Erika explained through tears.

“My mom said the lady that was next to her, she was severely sick like she was (Brooke makes labored breathing sound).”

KITV has been in touch with the Hilo Medical Center and the hospital provided us with this statement:

“Hilo Medical Center takes all patient safety issues seriously. We are aware of this complaint and are addressing it directly with the patient and family… we are unable to share any information regarding the specific circumstances.”

Lorri was moved to her own room and recently discharged.

“Our parents are thank god okay, but we don’t want to see anybody else have to go through that, that’s all,” said Erika.

To make a complicated story even more perplexing, the family says they got Lorri’s antibody test results Friday. They were eight times higher than normal. A confusing result, for a family in a bewildering situation.

Initially contact tracers were stumped as to how Billy got the virus since his entire family tested negative. The family says antibody results suggest that Lorri likely got COVID before her husband did and could have been the source of his infection, of course there’s no way to know for sure.

We got this update on the family: Billy Boyd was recovering at Hale Nani however, about three days ago he was readmitted into the ER and has been on a ventilator now since Wednesday. Billy and Lorri’s great grandchild was born at North Hawaii Community Hospital on Friday, September 25th. 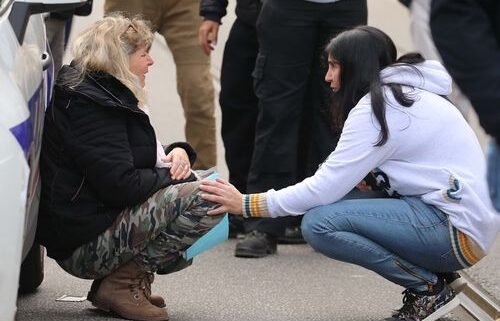 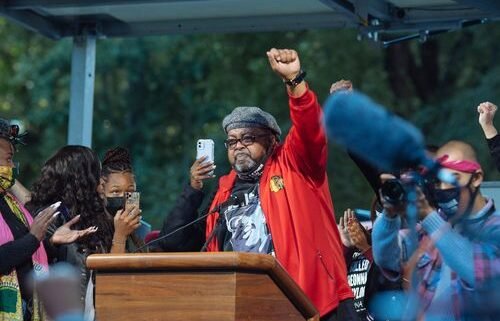