French President Emmanuel Macron has said that France “will not give into terrorism,” after three people were killed in a knife attack on a church in Nice. An investigation into the incident is underway.

The stabbings took place in the Mediterranean city’s Notre-Dame Basilica on Thursday, at a time of heightened tensions in the country over Islam, secularism and freedom of speech.

One of the victims, a 60-year-old woman, was found at the entrance of the church with a deep cut to her throat, French anti-terror prosecutor Jean-François Ricard, said in a press conference.

A 55-year-old man, the church’s sacristan, also died from a fatal wound to the throat. The third casualty, a 44-year-old woman, was stabbed several times before she fled the church. She died at a nearby restaurant.

The attack took 28 minutes, said Ricard, whose office is investigating the attack. Police arriving on the scene shot the suspected attacker but did not kill him, he added.

“Very clearly France is under attack,” Macron said, after a visit to the scene of the attack. The country has raised its national terror alert guidance to its highest “emergency” level, and up to 4,000 military personnel will be deployed to boost security at schools, churches and other places of worship.

The country must use such attacks to unite and not give into the “spirit of division,” the French President added.

The suspect, who was hospitalized in critical condition, has been identified by French police as Brahim Aouissaoui. He was unknown to French intelligence services and not in the national fingerprint file, according to Ricard.

Aouissaoui is a Tunisian national, according to the interior ministry of Italy. A source briefed on the investigation told CNN that Aouissaoui entered Europe in September through the southern Italian island of Lampedusa.

Italian authorities gave him seven days to leave the country, but was not accompanied to the border as he did not have any previous criminal records, the ministry said.

Aouissaoui’s movements on Thursday, captured by video surveillance, show him arriving at the Nice train station and changing his clothes shortly after 8 am local (4 am ET), according to the prosecutor Ricard.

He then walked 400 metres (1,312 feet) to the church, where the attack took place. Just under 30 minutes later, a team of four police officers arrived, the prosecutor said.

Ricard described the suspect advancing toward authorities in a “threatening manner, shouting Allah Akbar, forcing them first to use an electric pulse pistol and then firing their service weapon several times.” Fourteen bullet cases were later found on the ground.

Tunisia has opened its own investigation into the suspect, the country’s Public Prosecutor’s Office said Thursday according to state-run TAP news.

An “emergency” level means the “maximum level of vigilance” is necessary in case of an imminent threat or immediately after an attack, according to a French government website. Castex added that the government’s response would be “firm, implacable, and immediate.”

The French Bishop’s Council said the three victims were targeted “because they were inside the Basilica.”

France’s Council of the Muslim Faith strongly denounced Thursday’s attack and called on French Muslims to cancel Thursday’s religious celebrations, which mark the birthday of the Prophet Mohammed.

“I strongly condemn the terrorist attack that took place near the Notre-Dame Basilica in Nice. As a sign of mourning and solidarity with the victims and their families, I call on the Muslims of France to cancel all the Mawlid festivities,” the council stated in a post on its Twitter account.

Church bells rang out across France in tribute to the dead on Thursday afternoon.

Eric Ciotti, a French lawmaker who represents the city of Nice and surrounding area in the National Assembly, said the whole of France was in mourning.

“Like a symbol, the Notre-Dame basilica is still ringing. It is our country and its history that are hit today in Nice,” he said on Twitter, in a post that shared a video of church bells. Ciotti added: “Islamist barbarism will never silence us!”

Politicians, officials and organizations across the world have also condemned the Nice attack.

The President of the European Parliament, David Sassoli, said he was deeply saddened by the incident. “This pain is felt by all of us in Europe,” he said on Twitter.

“We have a duty to stand together against violence and those that seek to incite and spread hatred.”

Pope Francis is praying for victims, the Vatican said. “Terrorism and violence can never be accepted,” it said in a statement.

“We will keep defending freedom, our democratic values, peace and security of our citizen. United in face of terror and hatred,” he said on Twitter.

On Thursday, the Turkish Foreign Ministry said the country “strongly condemns” the Nice attack and offered “condolences to the relatives of those who lost their lives.”

The deadly incident is just the latest in a number of apparent terrorist attacks to hit France in recent years. Nice in particular has been the target of terror in the past; in 2016, dozens died after an ISIS-inspired attacker plowed a 20-ton truck into Bastille Day crowds.

The attack also comes at a tense moment in France, which will go under a renewed coronavirus lockdown on Friday, and just weeks after a high school teacher, was beheaded in another apparent terrorist attack in Paris.

On October 16, Samuel Paty was killed after showing controversial cartoons of Islam’s Prophet Mohammed during a lesson on freedom of expression.

Macron subsequently issued a strong defense of the principle of freedom of speech and said France would not “give up” the caricatures, which were published in satirical magazine Charlie Hebdo.

In a separate incident in Saudi Arabia on Thursday, a man was arrested after attacking a guard at Jeddah’s French consulate with a sharp tool, according to the kingdom’s state media.

The guard sustained minor injuries and was taken to a hospital, state media added. 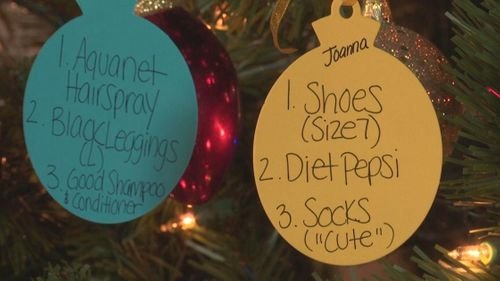