When Walter Wallace, Jr. was shot and killed Monday in a fatal police shooting, one detail stuck out: He had bipolar disorder, and his family said he was in crisis when the shooting occurred.

The initial call to 911 was for an ambulance, said Shaka Johnson, an attorney for Wallace’s family. But it was police who arrived first, he said, and the ambulance never made it.

While police departments have come under heightened scrutiny in recent months amid a racial reckoning stemming from fatal encounters with Black and Latino Americans, so have their actions in mental health emergencies. Here are five other recent cases:

In March, 41-year-old Daniel Prude was having a mental health episode when his brother called the Rochester Police Department for help, his family said.

Officers handcuffed Prude, who was naked on a snowy, wet street, according to video provided by the family’s attorneys. Footage from police body cameras shows officers covering the man’s head with a “spit sock” and holding him on the ground in a prone position before he stopped breathing.

Nicolas Chavez was shot 21 times in April, Houston officials said, after several 911 calls were made about an apparently emotionally disturbed man jumping in front of cars and going into backyards.

Chavez’s father, Joaquín Chavez, told CNN his son had struggled with depression and anxiety but that he didn’t know what his son was going through the night died.

“He had his issues. He went through a lot. I just don’t understand,” he said of his son. “I don’t think I’ll ever find out why he was out on the street that night.”

Police Chief Art Acevedo said Chavez had been incapacitated by multiple Taser cartridges, bean bags and three gunshots before the four officers fired — after he was down — a total of 21 shots in the final moments of a 15-minute encounter.

Before the final burst of gunfire, Chavez is seen in police bodycam video crawling and pulling at wires attached to a police Taser. “Don’t do it,” an officer is heard saying. The gunfire erupted as he cradled the Taser in his hand.

In June 2019, several calls were made to 911 regarding Miles Hall, 23, walking around Walnut Creek, California, with a long metal pry bar and causing a commotion.

Officers, upon arriving, called out his name and he began running in their direction, security camera footage shows. One officer fired several bean bag rounds but when those failed to stop Hall, two officers fired their weapons, according to a police news release.

He was taken to a hospital, where he died.

“The police were aware that Miles was mentally impaired,” says John Burris, the Hall family attorney. “The family was engaged with the police to protect their son from being shot and killed by the police.”

“But point of fact is, the very thing they were protecting from actually happened.”

In 2016, police in El Cajon, California, responded to a 911 call about Alfred Olango, 38, behaving “erratically” behind a restaurant, officials said.

The man was “not acting like himself” and had been walking in traffic, endangering himself and motorists, according to the call, police Chief Jeff Davis said.

One woman, claiming to be his sister, told the dispatcher he was mentally ill and unarmed, Davis said. Olango’s mother, Pamela Benge, later said he was not mentally ill, but that he was mourning the loss of a friend and having a mental breakdown.

Once police arrived, Olango kept his hands concealed in his pockets while pacing back and forth, police said. As a second officer prepared a Taser, the man “rapidly drew an object” and placed both hands on it “like you would be holding a firearm,” Davis said. The object was later identified as a vaping device.

That’s when an officer fired a weapon, killing Olango.

Golda Barton called the Salt Lake City police in September to ask for a crisis intervention team to help her son, 13-year-old Linden Cameron, who has Asperger syndrome and was experiencing what she described as a “mental breakdown.”

“I said, ‘Look, he’s unarmed. He doesn’t have anything. He just gets mad and he starts yelling and screaming,'” Barton told CNN affiliate KUTV about her call to police. “He’s a kid, he’s trying to get attention. He doesn’t know how to regulate.”

When police arrived, Barton said, her son ran away. She told CNN affiliate KUTV she heard someone yell “get down on the ground” three times, followed by several gunshots.

Though her son survived, he has injuries including damage to his shoulder, ankles, intestines, bladder and colon, as well as nerve damage, Barton told CNN.

Salt Lake City police said they were called to the area because a boy was having a “psychological episode and had made threats to some folks with the weapon.” They did not explain what threats they were responding to or whether the boy indeed had a weapon. 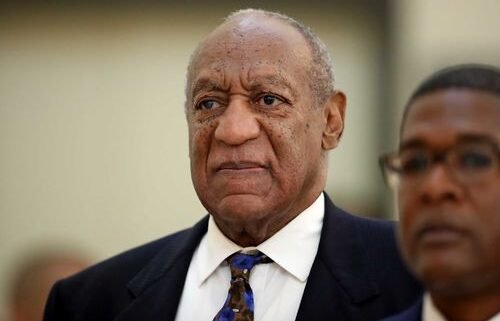