County officials released a report Saturday morning that showed 332,538 ballots had been accepted by elections officials as of the end of Friday. That includes both in-person early voters and people who cast absentee ballots that had been processed and accepted.

By comparison, 332,149 ballots were cast in the 2016 general election, according to the summary from that election.

Gwinnett County is reporting it is already at a 57% turnout for the Tuesday’s election following the end of early voting.

That number shouldn’t be too surprising. The biggest story about voting so far for the Nov. 3 election, according to Georgia Gwinnett College political science professor Matthew Gunning, has been the turnout.

“(It’s) the volume,” Gunning said. “We’re just simply seeing way more people early vote than in the past. And, in some states, there’s a tendency of Democrats to early vote more than Republicans, but in Georgia, we’re seeing (a lot of) early voting in both heavily Republican counties and in heavily Democratic counties.”

As of Friday night, the Georgia Secretary of State’s Office announced 3.87 million Georgians have already cast ballots in the election. That figure includes both early voting ballots, also known as advance in-person ballots, and absentee-by-mail ballots.

By comparison, a total of 4.1 million Georgians cast ballots in the 2016 general election, when the presidency last appeared on ballots.

“We are going to shatter the 4.1 million number,” Gunning said. “We might hit 4.5 million. It’s possible we’ll hit 5 million (ballots cast) … We’ll just have to wait and see.”

Gwinnett County officials have said there is a delay in getting absentee ballots processed and accepted into the system after they are received because of the volume of mail-in votes coming in. At point during early voting, the delay was about five days.

A county report showed 53,319 of the 166,054 absentee ballots that had been issued in Gwinnett had not been returned and accepted into the state elections system as of end of Friday.

Fair Fight founder Stacey Abrams, who was the Democratic Party’s nominee for governor in 2018, said vigilance is needed to ensure all voters have a chance to cast their ballot and have their voices heard, but she also offered praise for Gwinnett County elections officials in terms of how she felt they handled early voting.

“I think Gwinnett has done a very solid job of responding to the volume of voters that we’ve had and I commend the good work that’s being done,” Abrams said. “But, we need to continue to keep our eyes peeled because as we head closer and closer to election day, Gwinnett will once again be a bellwether of what’s going to happen in this state.”

Abrams encouraged voters to visit IWillVote.com to find out what information they need to know about voting.

Several congressional districts across Georgia were seeing voting turnout, including early voters and absentee voters, for this election so far match or exceed total overall turnout for the 2016 election.

At least five congressional districts in Georgia had matched their total 2016 turnout just during early voting, as of Thursday night, according to Gunning.

One of those districts is the 10th Congressional District, which includes eastern Gwinnett, including Dacula.

The 7th Congressional District, according to Gunning, was at 99% of its 2016 turnout as of Thursday.

Gunning was speaking about the numbers before the final day of early voting ended on Friday, so those figures were not factored into his equation.

“Five of Georgia’s 14 districts have now had as many votes cast as they did four years ago,” Gunning said. “That’s a lot. And we’ve got one, two, three, four, five more that will probably hit 100% or match that number by the time early voting ends (Friday night).”

Gunning said another key aspect of the voter turnout seen far for the general election is the number of people casting ballots in 2020 who did not cast a ballot in 2016. That ratio equated to roughly one in four voters being people who did not vote four years ago, he said.

These voters are younger and “a little bit more non-white,” according to Gunning.

“Those are politically consequential patterns,” Gunning said. “We know that age has been strongly related to party in that, and this goes back about 10 years now, older voters tend to more Republican voting and younger people tend to lean more Democratic.

“And, we know that race is also correlated with votes, especially in a state like Georgia. I can’t tell you how these new voters are voting, but I can tell you is that based on their demographics, the Democratic Party will probably be more pleased about this than the Republican Party.” 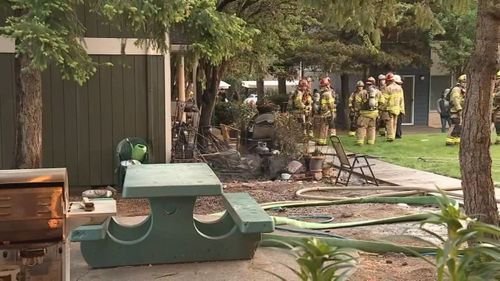