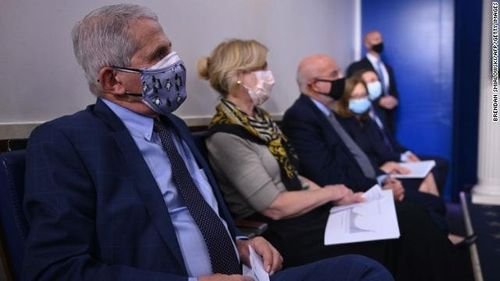 There’s good news about coronavirus vaccines. At least three of the experimental vaccines show remarkable efficacy, at least according to information released by the makers in news releases.

Global vaccine giant AstraZeneca reports its vaccine prevented coronavirus infection 62% of the time when people got two doses a month apart. But in a subgroup of volunteers who got a half dose followed by a full dose a month later, the vaccine appeared to be 90% effective.

That averages out to 70% efficacy. The vaccines made by Pfizer Inc and biotechnology company Moderna appear to protect against symptomatic infection 95% of the time.

Pfizer’s and Moderna’s vaccines use very similar technology, while AstraZeneca uses a different approach. They are among six vaccines getting some kind of federal government support in the United States and dozens in development around the world.

Here’s a look at the technology behind some of the candidates that are the furthest along in development — mostly in Phase 3 clinical trials, the last step before seeking the go-ahead from the US Food and Drug Administration and other regulators around the world.

Pfizer and its German-based partner BioNTech use a new approach to making vaccines that uses messenger RNA or mRNA.

This design was chosen for a pandemic vaccine years ago because it’s one that lends itself to quick turnaround. All that is needed is the genetic sequence of the virus causing the pandemic. Vaccine makers don’t even need the virus itself — just the sequence.

In this case, BioNTech researchers used a little piece of genetic material coding for a piece of the spike protein — the structure that adorns the surface of the coronavirus, giving it that studded appearance.

Messenger RNA is a single strand of the genetic code that cells can “read” and use to make a protein. In the case of this vaccine, the mRNA instructs cells in the body to make the particular piece of the virus’s spike protein. Then the immune system sees it, recognizes it as foreign and is prepared to attack when actual infection occurs.

MRNA is very fragile so it’s encased in lipid nanoparticles — a coating of a buttery substance that can melt at room temperature. That’s why Pfizer’s vaccine must be kept at ultracold temperatures of about minus 100 degrees F (minus 75 degrees C). That means special equipment is needed to transport and store this vaccine.

Moderna’s vaccine is also based on mRNA. “mRNA is like software for the cell” Moderna said on its website.

And like the Pfizer/BioNTech vaccine, it codes for cells to make a piece of the spike protein. That was a careful choice — scientists had to pick a piece of the virus they thought would not mutate, or change much, as time passed. The virus uses the spike protein to grapple the cells it attacks and the structure does appear to stay stable through generation after generation of viral replication.

Moderna has come up with a different formulation for the lipid nanoparticles to protect the mRNA in its vaccine. These formulations are corporate secrets, but Moderna thinks its approach is better and said its vaccine can be shipped at minus 20 degrees C (minus 4 degrees F) and can be kept stable for 30 days at 2 degrees to 8 degrees C (36 to 46F), the temperature of a standard home refrigerator.

AstraZeneca’s vaccine, made with a team at Britain’s Oxford University, is called a vector vaccine. It uses a common cold virus called an adenovirus to carry the spike protein from the coronavirus into cells.

It also aims to make people’s bodies in essence produce their own vaccines by churning out little copies of spike protein, but the delivery method is different. This adenovirus infects chimpanzees but doesn’t make people sick. It was modified so that it doesn’t replicate itself — then genetically engineered to inject cells with the DNA encoding for the full coronavirus spike protein.

It’s a cheaper way to make vaccines — but slower than using RNA. The company has pledged to make its vaccine available inexpensively to countries around the world. The vaccine can be kept stable for six months at standard refrigerator temperatures, the company said.

Janssen’s coronavirus vaccine is a recombinant vector vaccine. Like AstraZeneca’s, it uses an adenovirus but this one does infect humans. It is a genetically engineered version of adenovirus 26, which can cause the common cold but the gene tinkering has disabled it. It also delivers the genetic instructions to make spike protein.

This is one vaccine that has been tested on the market before. The adenovirus 26 vector was used to make the company’s Ebola vaccine, which won marketing authorization from the European Commission in July.

It’s a one-shot vaccine but earlier this month Johnson & Johnson started a two-dose, Phase 3 trial in Britain, because there’s some evidence that two doses provide better protection. Volunteers will get two shots, 57 days apart, or placebos

Maryland-based biotechnology company Novavax specializes in “protein subunit” vaccines. They use virus-like nanoparticles as a base and cover them with genetically engineered pieces of the coronavirus spike protein.

This is also a tried and true vaccine approach. A hepatitis B vaccine given to newborns is a protein subunit vaccine, as is the human papillomavirus or HPV vaccine and FluBlok, Sanofi’s influenza vaccine.

Novavax uses an insect virus called a baculovirus to get the coronavirus spike protein into moth cells, which then produce the protein. This is harvested and mixed with an adjuvant — an immune booster –based on saponin, found in soap bark trees.

This is also a protein subunit vaccine, using Sanofi’s FluBlok technology with a GlaxoSmithKline adjuvant. It also uses a baculovirus to grow little bits of spike protein.

Russia’s Sputnik V coronavirus vaccine is an adenoviral vector vaccine. It uses two common cold viruses called adenovirus 5 and adenovirus 26 to carry the genetic material for the spike protein into the body.