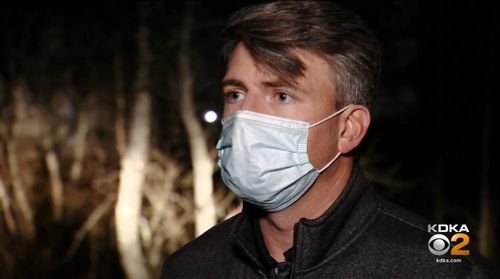 The 171st Air Refueling Wing of the Air National Guard said that the fuel dump was a result of an in-flight emergency onboard a KC-135 Strato-tanker. The emergency occurred shortly after takeoff at 6:40 a.m. Saturday.

According to the 171st Air Refueling Wing, the fuel was released in order to lessen the weight of the aircraft, which was done in accordance with flight safety procedures.

The City of Jeannette Fire Department advised residents that there would be “a slight kerosene type odor in various sections of the city.”

There have been no major issues associated with the fuel dumping as the plane was at a high enough elevation, the fire department said. Westmoreland County Public Safety said there were no injuries and zero reports of damage.

Westmoreland County officials added that there were approximately eight calls reporting the odor.

“It’s just unfortunate that it had to happen like that, but it’s very fortunate everyone was able to return safely,” said SMSgt. Shawn Monk, a spokesperson for the 171st Air Refueling Wing.

The 171st Air Refueling Wing of the Air National Guard said they are working with local authorities. The aircraft made a safe landing at Pittsburgh International Airport.

“We pride ourselves on being good neighbors to our surrounding communities. We will conduct a thorough investigation to minimize the chances of such an occurrence from happening again,” said Col. Mark Goodwill, commander of the 171st Air Refueling Wing.