Larry Culp, the highly respected outsider who was hired that fall to fix GE, acted with urgency to end the crisis facing the iconic maker of light bulbs and jet engines. Culp, once dubbed a “revered industrial CEO God,” moved swiftly to raise cash by selling everything not nailed down and axing the dividend to a penny.

The moves worked: Culp revived confidence the company was missing for years.

GE, aided by a resurgent economy and frothy stock market, has turned into one of Wall Street’s biggest comeback kids. The stock price has doubled from its late 2018 lows. GE closed Friday at the highest level since October 2018, the month Culp took the helm. And there is no longer a nagging suspicion that the company could face dire financial problems.

Now, even some of GE’s staunchest critics are throwing in the towel and heaping praise on Culp.

“General Electric had to restore confidence. And Larry Culp did that, to his credit,” said John Inch, senior analyst at Gordon Haskett Research Advisors. “He saved the company.”

Inch, a former Deutsche Bank analyst, is easily one of Wall Street’s biggest GE bears. Back when GE was trading near $30, Inch slapped a rare “sell” rating on the stock in May 2017. That turned out to be a smart call. GE’s stock would crumble below $7 two-and-a-half years later.

Even after Culp was hired, Inch continued to advise clients to steer clear of GE. But that has finally changed. Inch upgraded GE on Friday from “underperform” to “hold” and raised his price target from $7 to $11.

The upgrade marks a milestone of sorts for GE because it reflects the company’s hard-fought efforts to win back support from analysts burned by more than a decade of dreadful performance and questionable decision making.

That support has arrived because cash-strapped GE is no longer routinely failing to meet Wall Street’s expectations. Instead, Culp-led GE is consistently exceeding estimates and boosting its outlook, including around the crucial metric of cash flow. That happened again in late January when GE reported upbeat results that sent the stock spiking 10%.

“He transformed it into a beat-and-raise story,” said Inch.

Inch is by no means voicing full-throated support for GE. In his report, Inch said that GE’s businesses are not “particularly inspiring as a whole” and still face headwinds, including “outsized” debt, “weak” earnings quality and “aggressive” accounting.

“It certainly isn’t a buy because I don’t believe in the future earnings trajectory. They have a lot of issues,” he said, adding that GE’s stock is likely to drop again.

Yet Inch has acknowledged that those issues no longer pose a dire threat to GE. And the lows in GE’s stock have likely been put in.

The company still faces challenges. Its power business is terribly exposed to fossil fuels (coal and natural gas) at a time when solar and wind are gaining serious traction. GE’s aviation division is dealing with headwinds from the Boeing 737 Max crisis. And GE Capital is still burning through cash linked to its long-term insurance business. That’s not to mention GE’s pension deficit, a problem amplified by low interest rates.

Help from the Fed

That’s why GE hasn’t won over all its critics.

Tusa was unimpressed with GE’s most recent earnings beat, telling clients in a report: “We don’t see too much detachment from our view of on-the-ground fundamentals.” In other words, same old GE.

Still, being bearish on GE is suddenly a lonely position given the stock surge and Inch’s upgrade.

The GE turnaround is not simply about its confidence-inspiring hire of Culp. The storied company has been helped along the way by easing economic fears and an ocean of easy money from central banks that in turn propped up stocks, especially risky ones.

“He saved the company, but he got a helluva lot of help from the economy and the Federal Reserve,” Inch said. “If we went into a recession, this could have been a very different story.”

But the recession never materialized. And that gave Culp just enough time to stop the bleeding at one of America’s great companies. 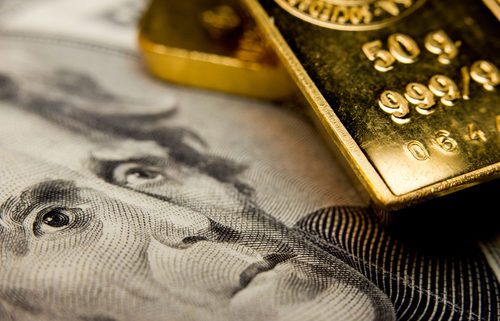