More than 5,000 miles away from Wuhan, a small UK company is preparing to take a potential hit from the coronavirus.

Daletech, a manufacturer of industrial electronics, relies on parts that are made in China, and its executives are worried that factory closures caused by the coronavirus outbreak will prevent the arrival of vital components.

Based in the English town of Pudsey, Daletech relies on components from China that it buys from UK suppliers. Its 14 workers then turn out circuit boards and other electronics that are used in industrial products such as welding machines.

Daletech had planned for factories in China to be closed for the Lunar New Year holiday, but it was caught off guard by the outbreak of a coronavirus that has killed over 900 people, infected more than 40,000 and prevented many manufacturing plants in the country from reopening.

“The majority of the materials we use are from the Far East and Asia,” said Dawson. “There aren’t any component manufacturers in the UK. There are major issues potentially.”

Globalization has in recent decades encouraged companies to build supply chains that cut across national borders, making economies much more interconnected. China, the world’s second largest economy, is at the heart of many such supply chains.

Already, the coronavirus is making it more difficult for companies to source parts. Auto parts shortages have forced Hyundai to close plants in South Korea and caused Fiat Chrysler to make contingency plans to avoid the same result at one of its plants in Europe.

Qualcomm, the world’s biggest maker of smartphone chips, warned that the outbreak was causing “significant” uncertainty around demand for smartphones, and the supplies needed to produce them. Analysts at Wedbush Securities said in a research note that factory closures in China “will be a shock to the system” for Apple and reduce production of iPhones and AirPods.

European supply chains are less dependent on China than those in Asia, according to Simon MacAdam, a global economist at Capital Economics. But even one missing component can stop a manufacturer in its tracks.

“Supply chains are only as strong as their weakest link. A shock can reverberate around the world,” said MacAdam.

Daletech knows where its parts are coming from, but James Crask, senior vice president at insurance broker Marsh, said that many businesses don’t understand the risks that exist in their supply chains because they might not know, for instance, who supplies their suppliers or where they are located.

“I don’t think we’ve really seen the full impacts of this incident yet,” Crask said, referring to the coronavirus. “The deeper within the supply chain you go, the more vulnerable” companies are to unexpected issues, he added.

Daletech is confident its operations will be at full capacity again in two weeks to meet a delivery deadline before the end of February. The coronavirus is currently only a hiccup for the company — but an escalation of the crisis could result in lasting damage.

“We can continue as we are doing but I think if you are looking long term, there will be issues,” said Dawson. 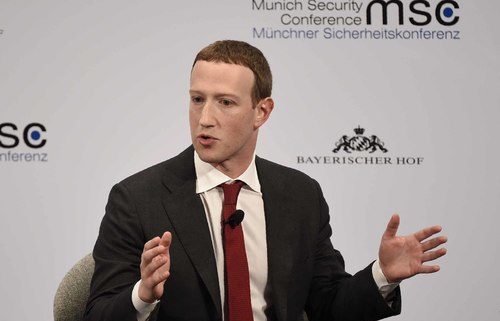