Mississippians in November will decide whether to change a Jim Crow-era voting provision that critics say suppresses Black political power.

Under current state law, as written in Mississippi’s 1890 Constitution, winners of state-level, statewide offices must receive both an outright majority of the popular vote and a majority of the state’s 122 House districts. If no candidate fulfills both of these requirements, the Mississippi House of Representatives, which is currently controlled by Republicans, determines the winner.

Mississippi state lawmakers last week voted to place a state constitutional amendment on the November ballot that would make it so that statewide candidates who receive the majority vote would be declared the winner. If no one person receives a majority of the popular vote, then the top two would go to a runoff. The amendment needs a majority vote in November to pass.

The proposed constitutional change comes as state legislators faced mounting pressure and possible court action stemming from a June 2019 challenge to the Electoral College-type voting system. The federal lawsuit, brought by four Black Mississippi voters against then-Mississippi Republican Secretary of State Delbert Hosemann and Mississippi Republican House Speaker Philip Gunn, argued that the voting process was set up to “entrench white control” of the state and makes it harder for Black people to win statewide races.

US District Judge Daniel Jordan III in November wrote that that he had “grave concern that at least the Electoral-Vote Rule is unconstitutional.” The next month, Jordan ruled to put the lawsuit on hold in order to give the state Legislature time to remedy the system on their own before the next statewide races in 2023.

If passed, the constitutional amendment, first introduced by Republican state Rep. Jim Beckett in February, could serve as that remedy.

CNN reached out to Hosemann, now Mississippi’s lieutenant governor, and Gunn for comment. CNN also reached out to state Reps. Gregory Holloway and Omeria Scott and state Sens. David Jordan and Hob Bryan, who were the only Democrats among the few lawmakers who voted against putting the proposed amendment on the ballot in November.

Mississippi is the only state to exhibit this type of system for state elections, according to Beth Orlansky, advocacy director of the Mississippi Center for Justice, one of the groups representing plaintiffs in the 2019 lawsuit against the state. The group hailed the vote and vowed to continue with their separate federal challenge of the state’s felon voting rights ban.

“We want to take advantage of this important moment in American race relations to advance the cause of justice in our home state of Mississippi,” said Vangela M. Wade, president of the organization, in a June statement.

The National Redistricting Foundation, an affiliate of an anti-gerrymandering group led by former Attorney General Eric Holder, who is supporting the federal lawsuit, said that the Mississippi state Legislature vote is welcome and long overdue.

“As our country reviews its past, I remain hopeful that we will continue to address these unfair, painful parts of our history and set in place laws that live up to America’s founding ideals,” Holder said.

One of the most recent times the provision was triggered was in 1999’s Mississippi gubernatorial race. The election ended without either major-party candidate receiving the requisite majority of votes statewide, and according to The New York Times the following January, the Mississippi House voted overwhelmingly for the Democratic candidate, the first time a governor’s race was turned to the House.

At one point, Democrats thought the provision would come into play for 2019’s competitive gubernatorial race but Republican Tate Reeves overwhelmingly won over Democrat Jim Hood.

The state Legislature has grappled with Mississippi’s racial history in recent weeks, most recently voting to retire the state flag that included a Confederate emblem and develop a new flag design without it. Mississippians will also vote on that new design, which will include the phrase “In God, We Trust,” in November. 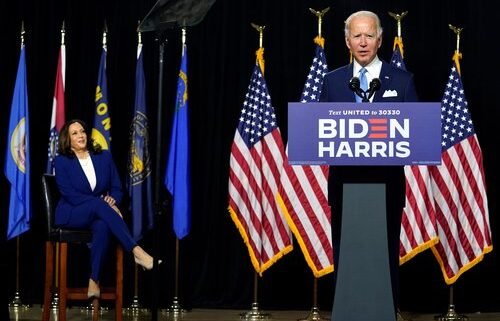 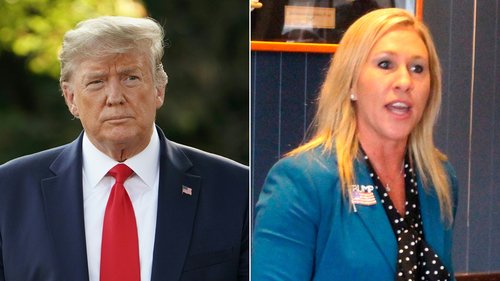