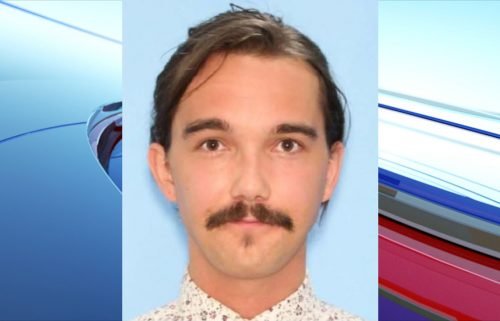 Years before the crash of Lion Air Flight 610 killed 189 people, a Boeing pilot struggled for 10 seconds with the same new system on the 737 Max jet that pushes the aircraft’s nose down.

Those 10 seconds, a new investigation reveals, proved “catastrophic” to the flight in a Boeing simulator. The incident also serves as an eerie precursor to the October 2018 crash, in which the Maneuvering Characteristics Augmentation System pushed the aircraft’s nose down more than two dozen times while the pilots struggled to diagnose and counteract it.

The report on the 18-month investigation, published Wednesday by the House Transportation Committee, charges in a new level of detail that the plane-maker intentionally downplayed the significance of the MCAS computerized flight-control system, which it concluded had led to “346 unnecessary deaths,” including in a second crash a few months later.

The 246-page report goes into minute detail about the plane’s design by Boeing and approval by the Federal Aviation Administration, and describes missed opportunities by the company to prevent the crashes. It details a litany of ways the plane-maker ensured that simulator training would not be required for many pilots — which the House committee said makes the plane less safe.

Boeing responded to the report by saying it has incorporated feedback from multiple investigations and reviews into its redesign of the aircraft and that it has “learned many hard lessons as a company from the accidents.”

“The revised design of the MAX has received intensive internal and regulatory review, including more than 375,000 engineering and test hours and 1,300 test flights,” Boeing said in a statement. “Once the FAA and other regulators have determined the MAX can safely return to service, it will be one of the most thoroughly-scrutinized aircraft in history, and we have full confidence in its safety.”

But Michael Stumo, whose daughter Samya died in the Ethiopian Airlines crash, accused the company of not living up to its promises of transparency.

“They’re still hiding the ball like they did before, like they did between the crashes when they kept the plane in the air — and they knew the thing was a killer plane between the Lion Air crash and the Ethiopian air crash that killed my daughter,” Stumo told CNN.

The FAA said in a statement it “looks forward to working with the Committee to implement improvements identified in its report.”

“We are already undertaking important initiatives based on what we have learned from our own internal reviews as well as independent reviews of the Lion Air and Ethiopian Airlines accidents,” the statement said.

The new findings come as the grounded Max is in the final phases of testing before airlines can once again use it to carry passengers. The FAA said it is using “a thorough process, not a prescribed timeline, for returning the aircraft to service.”

The MCAS system figures prominently in both the Lion Air and the Ethiopian Airlines Flight 302 tragedies, as well as the conclusions reached by the Transportation Committee.

While the committee has, since the crashes, pointed out concerns about communications between Boeing and its regulator, the report uncovers a previously unreported way the company concealed the nature of the stabilization system, which was designed to keep the latest version of its most widely used airplane from an aerodynamic stall.

While Boeing employees internally referred to the new system as MCAS, the company resolved to refer to it externally as a modification to an existing system.

“If we emphasize MCAS is a new function,” reads a June 2013 email from a Boeing employee, “there may be greater certification and training impact.”

An employee wrote, “Externally we would communicate it as an addition to Speed Trim.”

The result, investigators said, was that Boeing “attempted to abolish any reference to MCAS from various Boeing documents” — and even asked the FAA at least twice to remove MCAS references from documentation.

The report was also critical of the FAA’s oversight of the company, which included a program approved by Congress that allows Boeing employees to sign off for the FAA on meeting certain safety standards. Transportation Committee Chairman Peter DeFazio of Oregon said Tuesday that he is working on legislation to change that system.

Investigators wrote that they had “documented several instances” of Boeing employees failing “to disclose important information to the FAA that could have enhanced the safety of the 737 MAX aircraft,” including how the MCAS system was presented.

Boeing’s focus on developing a plane that wouldn’t require simulator training was to the detriment not only of the pilots but also of the aircraft’s safety itself, the investigators said. For example, company officials rejected including a synthetic airspeed indicator in the cockpit because that new feature “may have jeopardized the no simulator training goal.”

“The problem is it was compliant but not safe, and people died,” DeFazio said. He believes the focus on avoiding simulator training “drove a whole lot of really bad decisions internally at Boeing.”

This story has been updated to include comment from the FAA.