Corporate America, city governments and federal and local law enforcement across the country are making plans to deal with political instability, civil unrest and violence around the upcoming presidential election.

Concerns range from isolated violent incidents to a long stretch of mass protests, violent confrontations between extremists and widespread property damage, if the outcome of the election remains unclear or is hotly contested for weeks or months, according to security consultants, analysts of extremism, police officials and local elected leaders who spoke with CNN.

“It keeps me up at night,” Cincinnati Mayor John Cranley, who chairs the US Conference of Mayors’ Mayors and Police Chiefs Task Force, about the threat of violence. “I’m also worried that there will be a bogus attempt to prevent the counting of all the ballots, and that also could lead to a variety of unrest in a variety of ways.”

In recent months, federal law enforcement agencies, led by the FBI, have held discussions with sheriffs and local police who would be charged with keeping order in any protests that may surround disputed results, according to US law enforcement officials briefed on the matter. Among the concerns are armed extremists who may try to interfere with or halt vote-counting done by local canvassing boards. Groups ranging from right wing activists and white supremacists to antifa and anarchists have been active in recent months amid the George Floyd protests.

Police department leaders in cities from Baltimore to Seattle and Portland told CNN they have prohibited officers from taking days off around the election. Baltimore Police Detective Chakia Fennoy said, in an email, the department is taking “extra precautions to include opening the Incident Command Room, having dedicated personnel to respond to any issues and closely monitoring any information leading up to the election that may create issues affecting public safety.”

Banks, Fortune 500 companies and other businesses, meanwhile, are working with security consultants to identify steps they should take to minimize potential disruption to their business and protect their employees and assets.

“The stakes are so high, that this political chaos could transcend into something worse, into physical action, in the event that we come up to a contested election,” said Jonathan Wackrow, managing director at Teneo, a management-consulting firm that does corporate risk-assessment.

Wackrow, who is also a CNN law enforcement analyst, said his firm is working with two major US financial institutions and three other Fortune 100 corporations on their preparations.

“I think if you had widespread unrest in major cities, that you will have a definite impact on business operations, (and) potential financial implications as well … so we want to prepare them for the entire spectrum of threats and the consequences those threats may have on their organization, on their people, processes and technology so they can sustain operations in the midst of chaos,” he said.

Wackrow declined to elaborate on the specific precautions his firm has advised clients to take.

Control Risks, another risk-security consultancy, is working with several national retailers and tens of companies with national-level footprints to prepare them for election-related turmoil, said Jonathan Wood, the firm’s lead analyst on the US. Potential steps for them include securing locations to protect them in the event of riots, giving some employees Election Day off and other measures, he said.

A recent Control Risks analysis the firm shared with CNN sees limited likelihood of unrest on Election Day, but warns, “we anticipate that credible election results are likely to be delayed for days to weeks after election day. During this period, partisan protests designed to put pressure on state political and election officials are likely, particularly in states where the election result is close or contested.”

It added, “Political activists — including militant activists — may mobilize to ‘defend’ an apparent preliminary election result against purported ‘rigging,’ triggering counterdemonstrations that pose a localized threat of violent clashes. A contested election process, meanwhile, could extend this timeframe, including — in extremis — until the inauguration itself.”

A New Jersey Office of Homeland Security and Preparedness threat assessment similarly warns that a contested election that takes months to certify or winds up before the US Supreme Court could trigger deadly protests, violent confrontations and civil unrest, and attacks by homegrown extremists.

And while right-wing extremists and white supremacist groups are still seen as the top threat by US officials, there is also evidence that left-wing anarchists are using social media to organize in the same manner, said Joel Finkelstein, director of the Network Contagion Research Institute, a nonprofit that tracks extremism across social media channels.

Finkelstein said the institute’s research shows that anarchist collectives coordinated violent actions, all on July 25, in Richmond, Virginia; Portland and Eugene, Oregon; and Seattle, sharing tactics through social media such as throwing commercial-grade fireworks at police and using umbrellas to hide their identities. And he expressed concern that extremists see election turmoil as offering an opportunity for further action. He worries that, “at least to some extent, it’s not going to matter who wins our election on November 3, and it may not even matter how clearly they win.”

Many of those tracking the potential security threats say red flags abound. For example, some experts interviewed by CNN pointed to increased online chatter among extremists about the prospects of armed and bloody confrontations on election day. After President Donald Trump told the far-right group Proud Boys to “stand back and stand by,” during the September 29 presidential debate, and then segued to saying “Somebody’s got to do something about Antifa and the left because this is not a right-wing problem,” members of the Proud Boys immediately celebrated online, updating their logo to feature the President’s “stand by” comments, and touting Trump’s comments as a signal of support.

Authorities have also noticed the unprecedented consumer demand for guns and ammunition: Americans have bought at least 13.8 million firearms through August of this year, according to the National Shooting Sports Foundation, which tracks retail sales. Ammunition sales through June have more than doubled, from a year ago, said NSSF spokesman Mark Oliva.

“The common calibers are very difficult to find; people are snapping them up,” Oliva said. Historically, he said, firearms sales rise during presidential election years, particularly if buyers worry that a change in administration may lead to new regulations.

Several experts interviewed by CNN were concerned that the President increases the risk of chaos through his constant attacks on the validity of the election. Trump’s suggestion that his supporters “go into the polls” on election day and “watch very carefully,” was widely seen as, in effect, calling for voter intimidation.

In response, Nevada Attorney General Aaron Ford warned Wednesday on Twitter that “voter intimidation is illegal in Nevada. Believe me when I say it: You do it, and you will be prosecuted.” Eleven Democratic governors issued a statement Wednesday calling for a peaceful transfer of power. Their statement, which didn’t mention Trump by name, said, “There is absolutely no excuse for promoting the intimidation or harassment of voters.”

Meanwhile, in Virginia, Attorney General Mark Herring issued an advisory opinion September 24, warning that it’s a federal and state crime to intimidate or harass a voter, and that carrying or possessing firearms near polling locations is illegal.

He also said that “it is a criminal offense for private individuals to usurp the role of actual law enforcement, and it is accordingly unlawful to appear at the polls attempting to exercise roles that rightfully belong to law enforcement,” noting that the prohibition can apply to “a group of private militia members coming as a unit, heavily armed with assault-style weapons, dressed in fatigues and other military accessories, and acting in a coordinated fashion.”

Charlottesville Police Department Chief RaShall Brackney said, via email, that they’ve been maintaining a high level of preparedness, working with local and state partners. “The necessity to remain ready has been fueled by the continuous rhetoric peddled by the current Administration, who has courted the support of white supremacist organizations and armed militia through their reckless endorsements, misinformation, race baiting and fear-mongering,” Brackney said.

Miles Taylor, the former chief of staff at DHS and now a CNN contributor, described a pattern at weekly White House briefings of discounting domestic right-wing extremist threats. “Everything from the white supremacist movements to QAnon networks were ignored by the White House and dismissed,” Taylor said, “because they were seen as bases of support for the President.”

Elizabeth Neumann, former assistant secretary of counterterrorism and threat prevention at Homeland Security, said she’s concerned that “if he really digs in and cannot accept defeat, that things will be tied up in courts and that he will have an increasingly aggressive right-wing group of folks trying to take matters into their own hands. … The President is supposed to call for calm. But he’s doing the opposite: He’s stoking confrontation.”

In Cincinnati, Cranley says that, though there’s no “actionable intelligence” of specific threats in his city, he still worries.

“This will be, I guess, my seventh election cycle as mayor. And I’ve never had to talk to the (police) chief about election security, ever. And now we talk about it weekly.”

Correction: This story has been updated to correct the number of firearms sold this year through August, which is at least 13.8 million firearms, according to the National Shooting Sports Foundation. 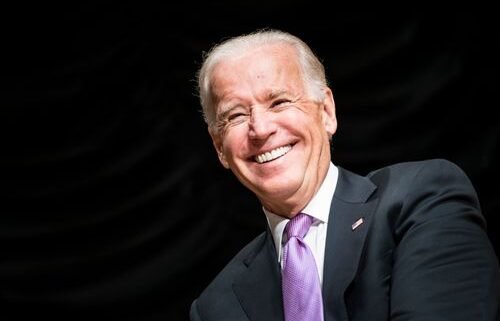 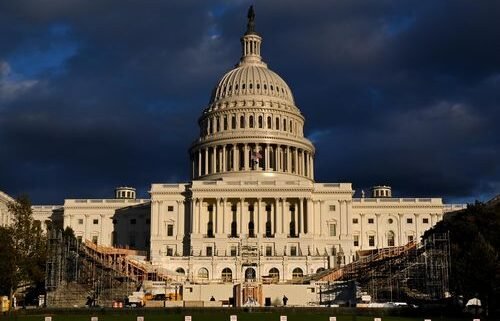 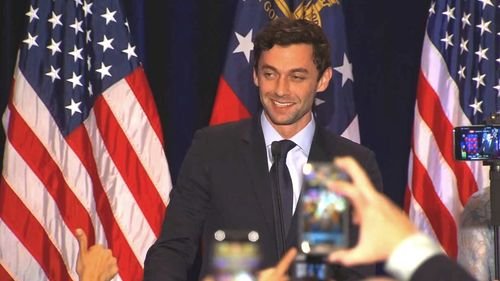