The World Series hadn’t seen anything quite like it in what was the most extraordinary of finales that posed as many questions as it did talking points.

Los Angeles Dodgers star Justin Turner had to be pulled in the middle of his team’s World Series-securing Game 6 victory over the Tampa Bay Rays after testing positive for Covid-19.

Turner initially didn’t join his teammates on the field for the post-game celebrations and tweeted: “Can’t believe I couldn’t be out there to celebrate with my guys!”

However, he did eventually return to the field to celebrate, hugging his teammates, posing for photos with the roster and at times not wearing a mask, which has led to both the 35-year-old third baseman and the Dodgers organization coming in for criticism.

“I don’t think there was anyone that was going to stop him from going out [onto the field],” Andrew Friedman, the Dodgers president of baseball operations, told reporters after the game.

Friedman added that Turner had been careful not to mingle with those he “hadn’t already been in contact with,” but said he didn’t keep an eye on him during the post-game celebrations.

“If there are people around him without masks, that’s not good optics at all,” Friedman said, adding that he was “not sure” if the Dodgers would be able to travel back to Los Angeles from their bubble in Texas.

In a statement, the MLB said Turner “chose to disregard the agreed-upon joint protocols and the instructions he was given regarding the safety and protection of others.”

It added: “While a desire to celebrate is understandable, Turner’s decision to leave isolation and enter the field was wrong and put everyone he came in contact with at risk. When MLB Security raised the matter of being on the field with Turner, he emphatically refused to comply.”

An investigation by the commissioner’s office is now underway and both the Rays and Dodgers were tested again today, the MLB said.

Turner is the first MLB player to test positive for Covid-19 since the league put all teams involved in the postseason into bubbles, held at neutral stadiums to reduce travel and the potential to spread the virus.

The Dodgers and Rays have also remained in bubble environments while playing the World Series at the neutral venue of Arlington, Texas.

MLB Commissioner Rob Manfred told Fox during his post-game interview that it was “a bittersweet night for” the league.

“We’re glad to be done,” he said. “I think it’s a great accomplishment for our players to get the season completed, but obviously we’re concerned when any of our players test positive.

“We learned during the game that Justin was a positive. He was immediately isolated to prevent spread.”

The crowd that had been in attendance to witness the Dodgers’ Game 6 victory booed Manfred during his post-game speech. The jeers got got so loud that the commissioner paused in an attempt to let them die down.

Soon after the season restarted following the enforced break due to the pandemic, there were major doubts it would be completed at all after both the Miami Marlins and St. Louis Cardinals had games postponed following large outbreaks.

According to officials, the rise in cases — more than 300,000 people have been infected in the nation’s most populous county — is strongly linked to private and public gatherings for sports events.

In a press conference on Monday, L.A. County Department of Public Health Director Dr. Barbara Ferrer said there have been more people mixing than anticipated as sporting events bring people together across the area.

As well as the Dodgers securing the World Series, the Los Angeles Lakers won the NBA title earlier this month, while two LA NFL teams are back in action. 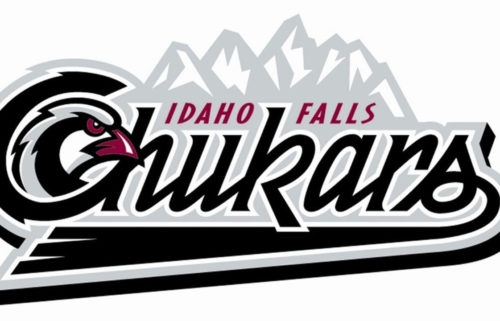 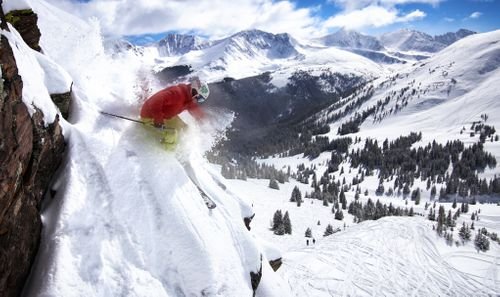 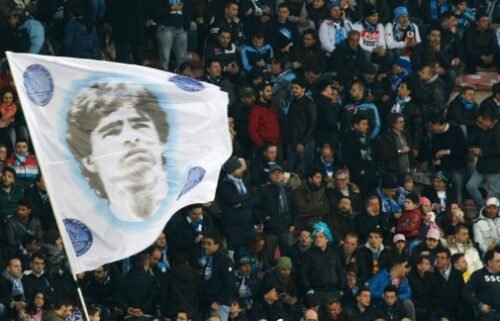 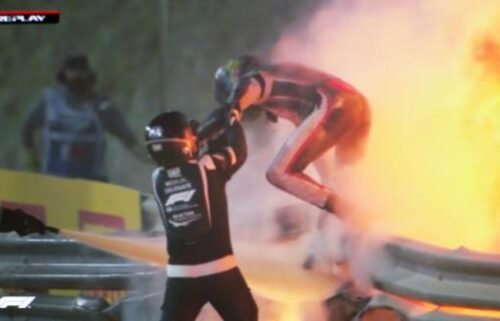