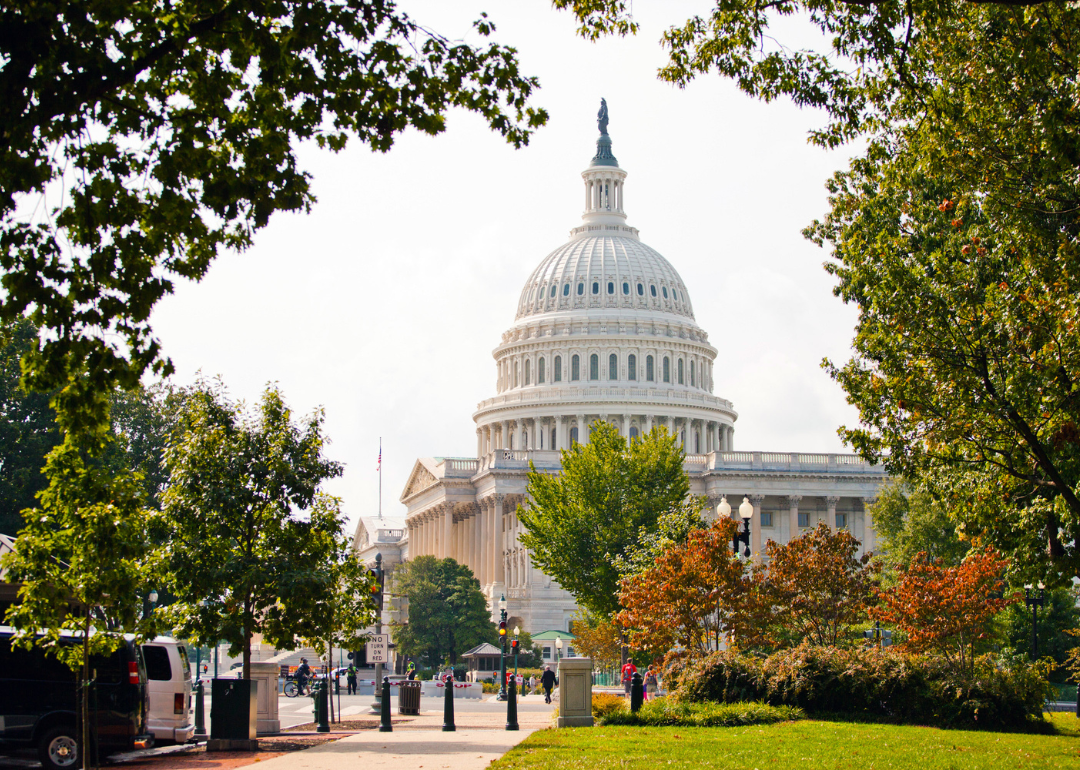 The Capitol Building in Washington, D.C.

The COVID-19 pandemic led to the most significant infusion of federal aid to businesses and families in American history. But this pandemic wasn’t the first time the government has stepped in to rescue a failing industry or the economy. From America’s earliest days, the government has periodically recognized the need to step in to avert economic catastrophe.

Sound Dollar used information from government and news sites to look into the history of some of the biggest bailouts in U.S. history—from shortly after the country’s founding to 2022’s student debt forgiveness initiative—to see the different ways the country has addressed looming national crises.

Not all of these interventions have been of the same sort. Bailouts prop up failing industries or companies, such as auto companies or banks. Stimulus programs give Americans money to spend and pay their bills, staving off personal financial crises and stimulating the economy.

Federal relief is another category in which debts are written off to help companies and individuals. The scope of such measures has varied, with some single-company bailouts costing as little as $1.5 billion, while coronavirus relief has totaled over $4 trillion.

Read on to examine some of the most significant bailouts and relief programs in U.S. history. 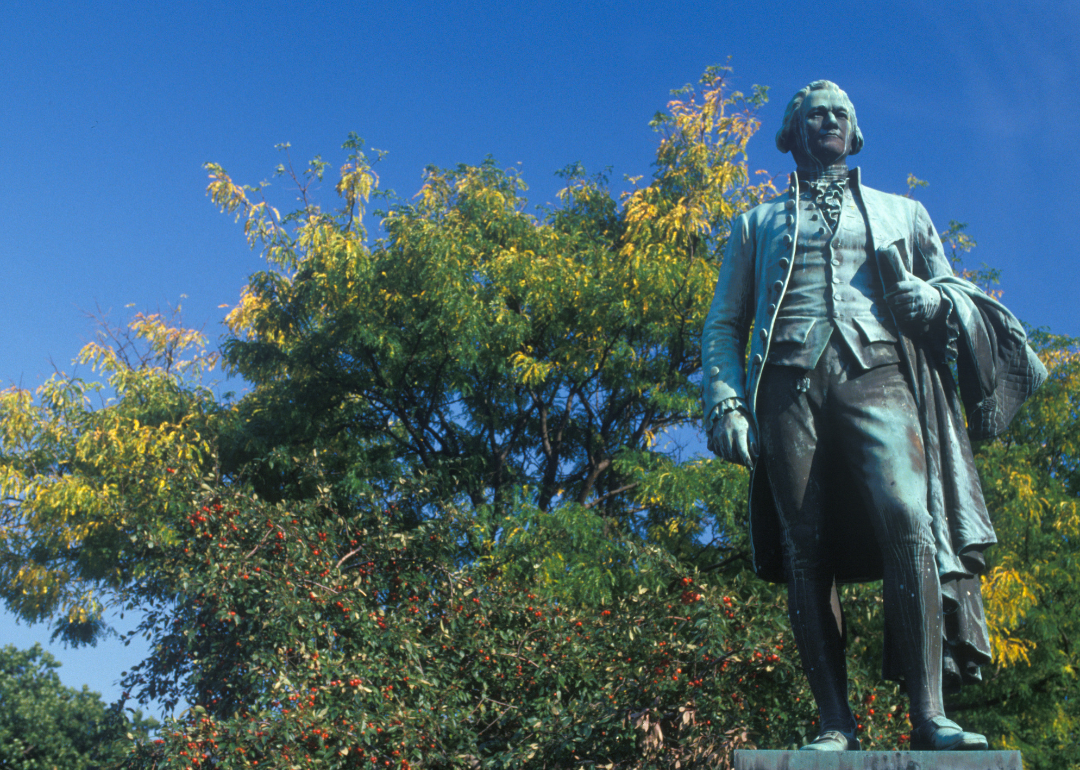 1792: Bank of the United States crisis

A statue of Alexander Hamilton in Paterson, New Jersey

Rampant speculation by prominent bankers and expansion of credit caused the 1792 Bank of the United States crisis. The bankers tried to drive up the prices of securities but defaulted on their loans, which led to falling prices and a bank run.

Treasury Secretary Alexander Hamilton authorized purchases to prevent the collapse of the securities market, marking the first time the federal government ever intervened in the financial markets. Economic historians credit Hamilton’s actions with setting the standard still in place today for central banks, which is that the federal government should act as a lender of last resort. 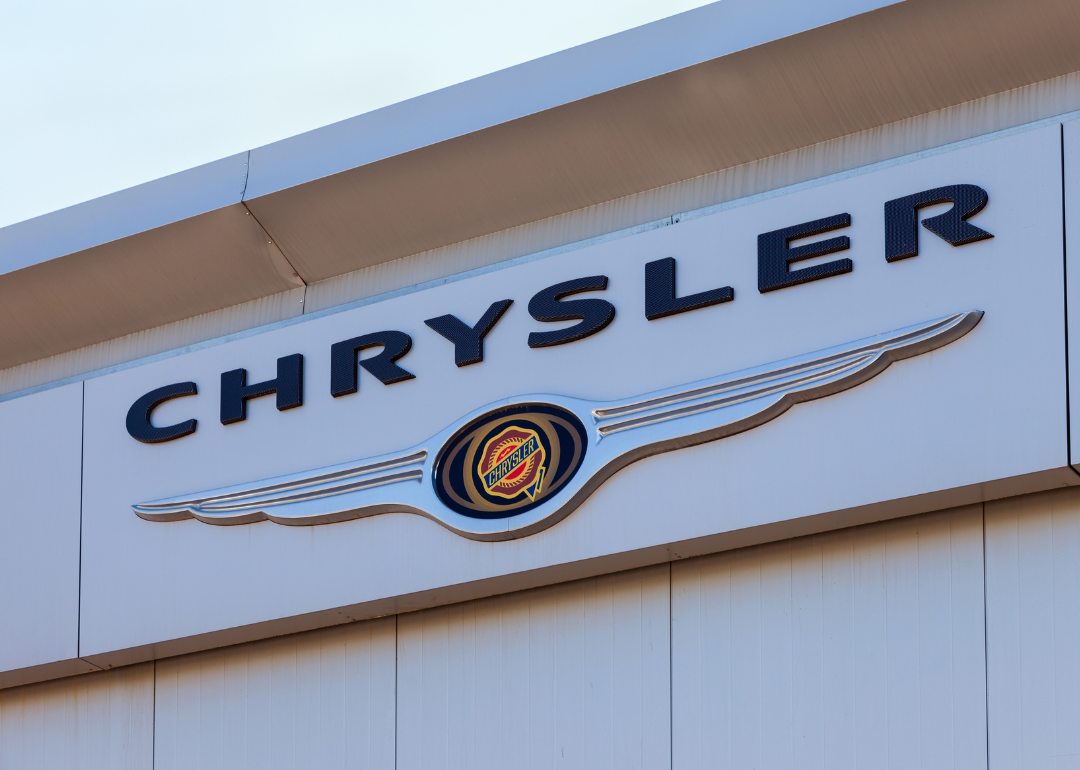 By 1979, the American automotive company Chrysler was nearly bankrupt. But when the federal government bailed the company out, it wasn’t just to save an iconic American company—national security implications were also at play.

Chrysler was awarded a contract to build the M1 Abrams tank, which the U.S. military used in the Cold War. This contract, and the hope that it would save hundreds of thousands of jobs, led the government to issue a $1.5 billion bailout. The government would bail Chrysler out again in 2008 before Fiat eventually acquired the company in 2014. 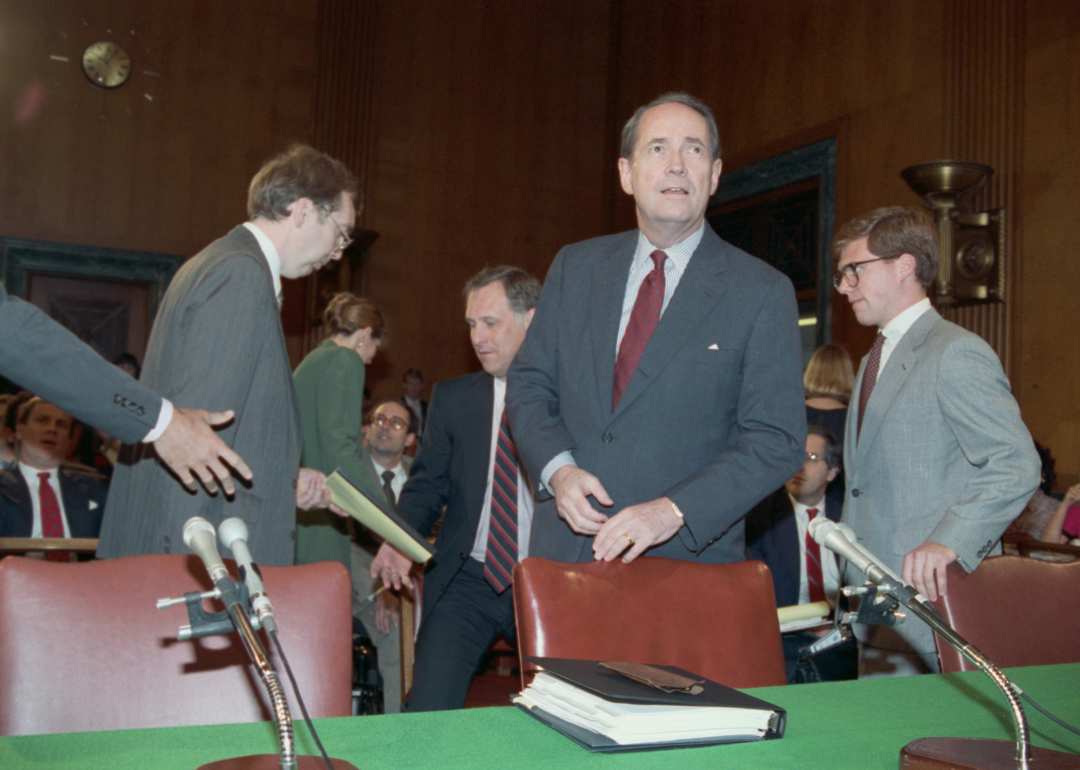 The Financial Institutions Reform, Recovery and Enforcement Act of 1989 was to institute several helpful reforms. In the act, federal regulators first attempted to address the issue by deregulating the industry, hoping that the market would help correct the course of the institutions. When that failed, they turned to taxpayers. The ultimate cost to taxpayers ended up being an estimated $124 billion. 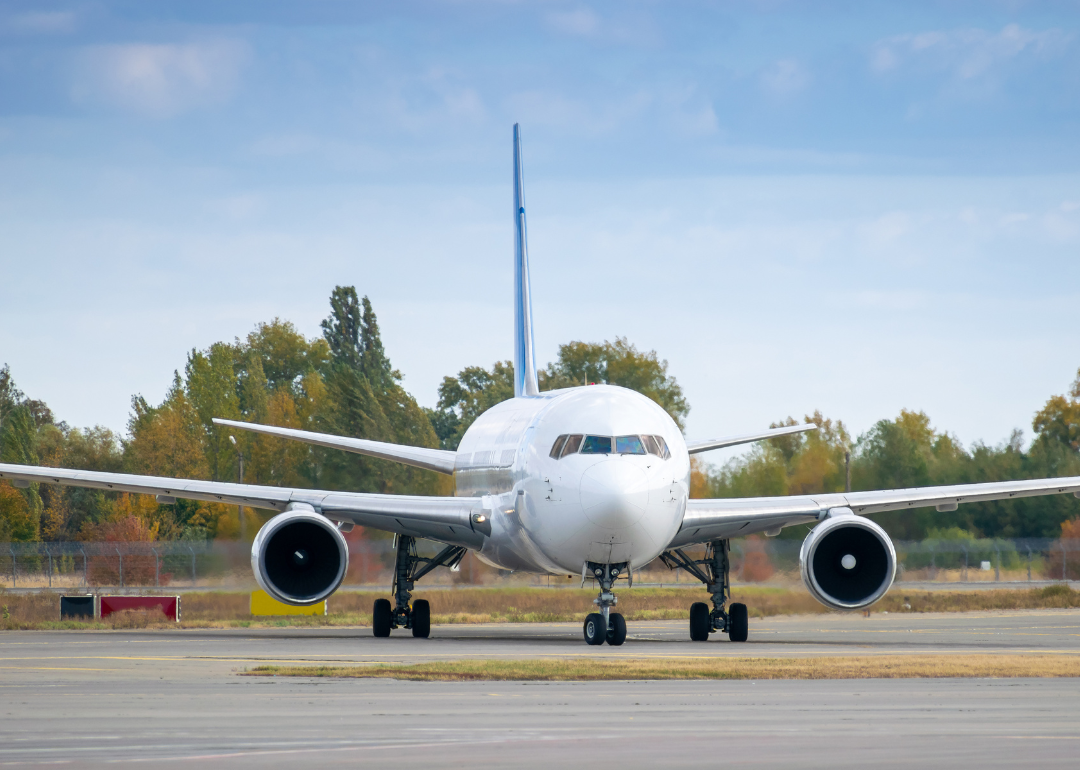 The front of a passenger plane on the tarmac

The airline industry entered a crisis after the terrorist attacks of Sept. 11, 2001. In the immediate aftermath of the attacks, airline traffic fell by over 30%.

The federal government stepped in to assist the battered industry. In just two days, the industry received a $15 billion bailout. But while most of that money went to major airlines, approximately a third went to other sources—including package delivery companies, bankrupt airlines, and helicopter companies. 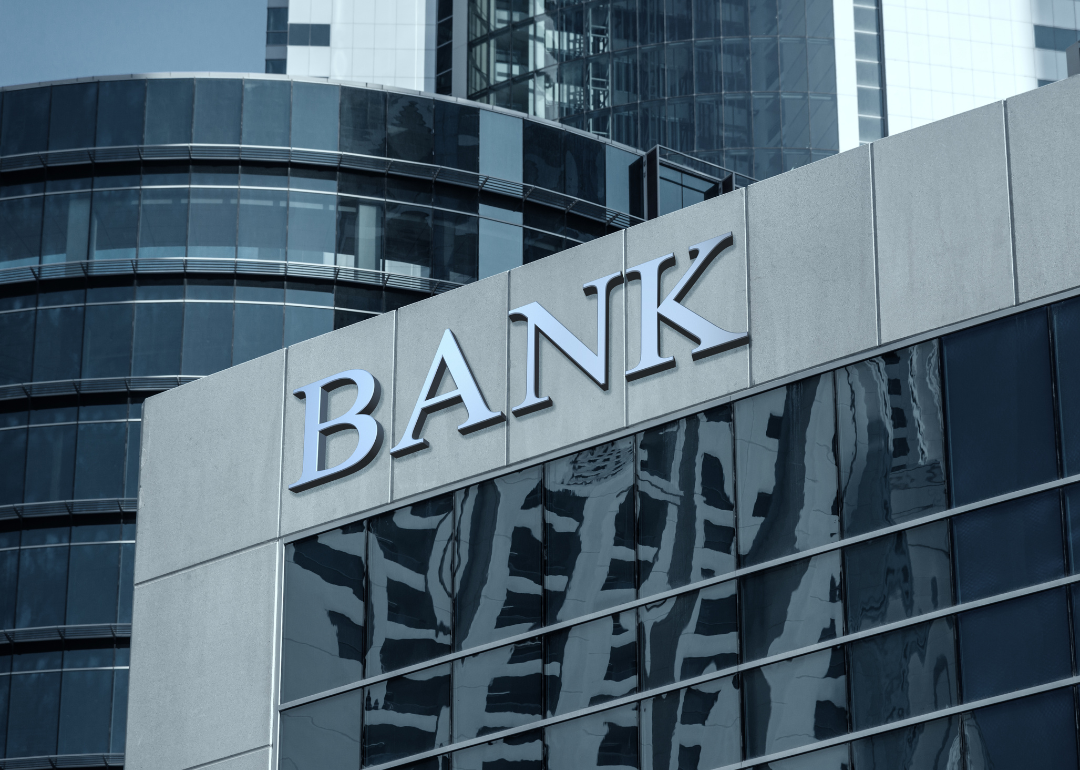 2008: The Great Recession and TARP

Former President George W. Bush signed the Troubled Asset Relief Program in 2008 to prop up failing banks and businesses by purchasing assets and other equity. The program aimed to stave off the country’s mortgage and financial crisis while stabilizing the economy.

It became commonly known as the “bank bailout” as it bailed out many banks on the verge of collapse, generating controversy. Some called the bailout a necessary maneuver to save the American economy from ruin, while others criticized that it rescued powerful institutions while leaving many everyday people behind. 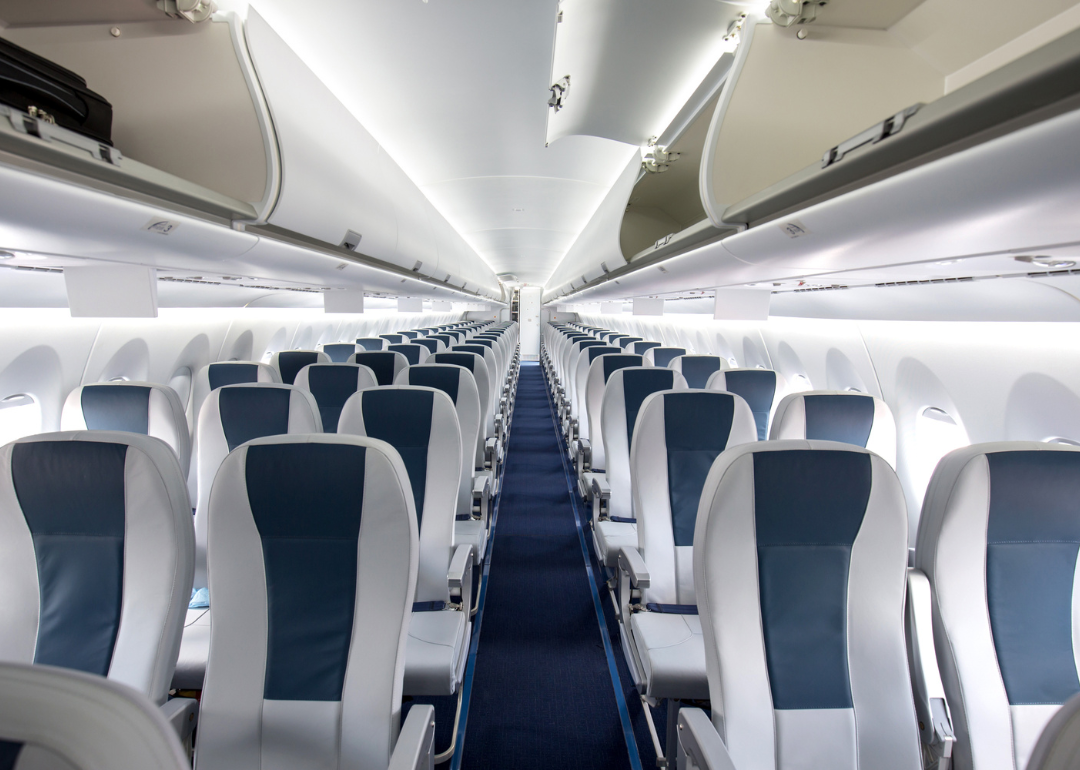 When the coronavirus pandemic struck in 2020, travel worldwide screeched to a grinding halt. Borders had closed, and health experts warned against air travel, as sitting with others in close quarters could spread the virus. As such, airlines saw revenues plummet.

The federal government decided to bail out the airline industry with $25 billion. Rather than using these funds to save airline jobs, some airlines chose to use the money to offer early retirement packages instead. When travel resumed, this led to a significant shortage of airline staff, creating long delays for many passengers. 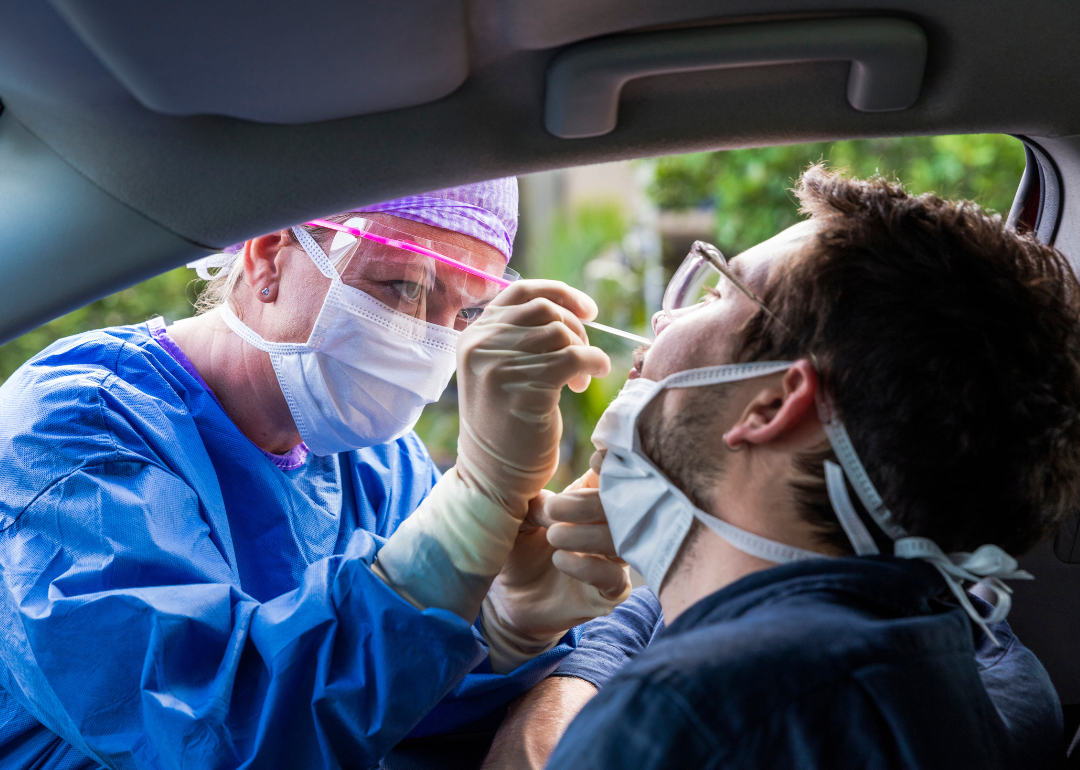 The 2020 COVID-19 pandemic precipitated some of the most significant aid for ordinary people in American history. The government paused student loan payments, extended unemployment benefits to freelance and gig workers, and sent families making below a certain income threshold $1,200 checks. This temporary expansion of the American safety net was unprecedented in scale. 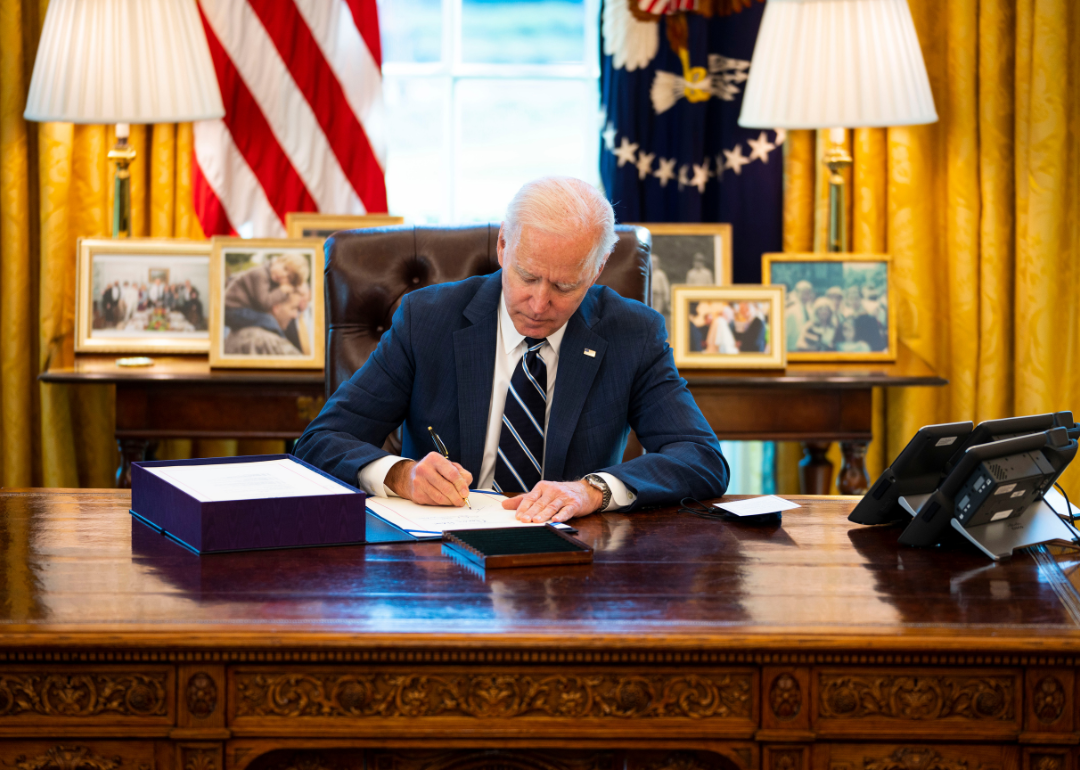 President Joe Biden signed the American Rescue Plan into law in 2021. Its total cost was $1.9 trillion. This spending included a significant amount of money directed toward counties to use as they saw fit for coronavirus relief. It also included further direct payments to families, a child tax credit, and a capital projects fund to shore up the nation’s infrastructure. The American Rescue Plan brought coronavirus-related government assistance to almost $4 trillion. 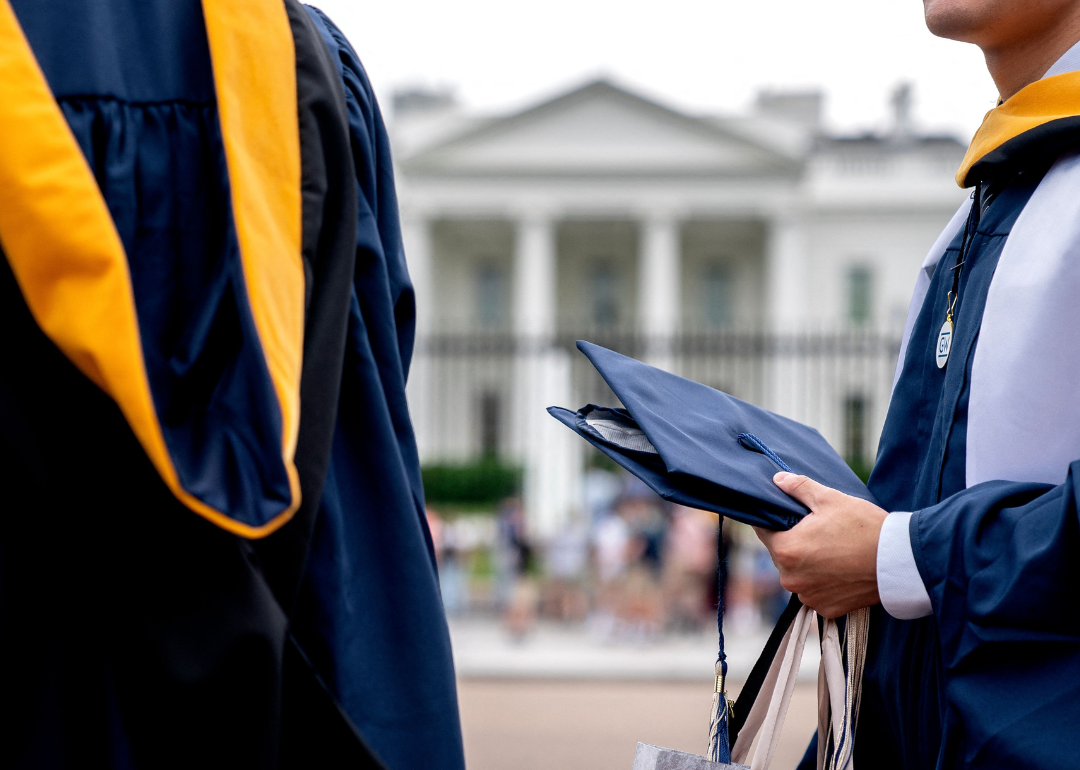 In August 2022, President Joe Biden passed a student loan debt forgiveness plan, which canceled up to $10,000 for specific individuals. Up to $20,000 of debt relief is available to Pell Grant recipients. Borrowers are only eligible for this relief if their income is below $125,000 or $250,000 for a couple. Nonprofit employees can also potentially have their debt canceled through the Public Service Loan Forgiveness Program. The government has capped relief at the amount of outstanding debt.

This story originally appeared on Sound Dollar and was produced and
distributed in partnership with Stacker Studio. 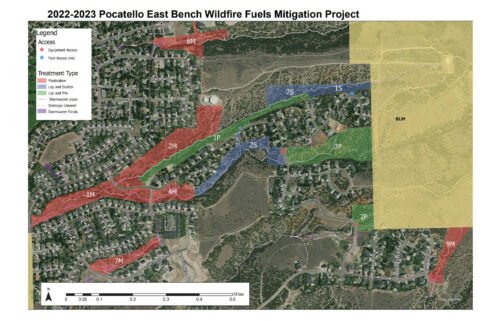