CASPER, Wyo. (AP) - The University of Wyoming announced Thursday seven students in a sorority house have tested positive for the coronavirus.

Members of the Kappa Kappa Gamma sorority who tested positive for COVID-19 were put in isolation, while those who had close contact were told to quarantine, the Casper Star-Tribune reported.

It is unclear how many students were asked to shelter-in-place or quarantine.

Other members who live in the house and were not in close contact are still allowed to attend in-person classes, work and participate in religious activities, officials said.

The announcement came as the university is increasing COVID-19 testing procedures, including requiring all students to be tested twice a week instead of once a week beginning Monday, officials said. Staff is also expected to be tested more routinely.

University President Ed Seidel said that increased testing will help limit the spread "as much as possible" as cases have increased on the Casper campus and in Albany County.

The university has reported 148 active COVID-19 cases as of Thursday, up from 40 the day before, health officials said. The county has reported about 200 newly confirmed cases in the last seven days, with the highest rate of cases per 100,000 people in the state.

The number of infections is thought to be far higher because many people have not been tested, and studies suggest people can be infected with the virus without feeling sick. 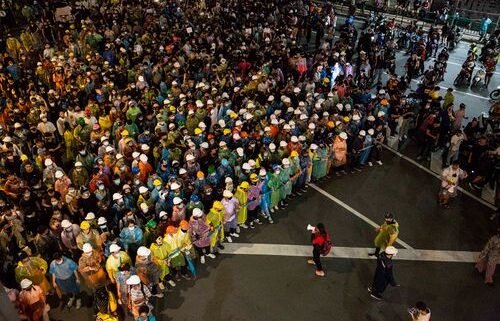