The Palisades Ranger District started prescribed burn operations in the Fall Creek Basin last Thursday that will continue through this week, while another major project begins near Montpelier.

The Caribou-Targhee National Forest says the aspen improvement project was initiated in conjunction with the Idaho Fish and Game Department in 2008. The objective is to improve aspen stands and diversify wildlife habitat. So far, the forest has treated 3,870 acres of the 24,000 acre project area. Three more units will be treated over the next few years.

The Montpelier Ranger District will begin igniting the St. Charles prescribed burn Tuesday. Hand burning operations will take place throughout the fall as conditions allow. The objective is to eliminate dense fuel loading and reduce the risk of a high-intensity fire in the area. It will also regenerate aspen stands to benefit wildlife. The project area is about 8 miles west of St. Charles, Idaho.

In both cases, the forest will use hand ignition with drip torches or aerial ignition using a helicopter and a helitorch or plastic sphere dispenser (PSD). The helitorch is a device that is attached to a helicopter and dispenses ignited gelled gasoline. The PSD disperses small plastic balls from a helicopter or drone that ignite after hitting the ground.

The forest says numerous fire management resources will be on hand before, during, and after ignition to manage fire activity. 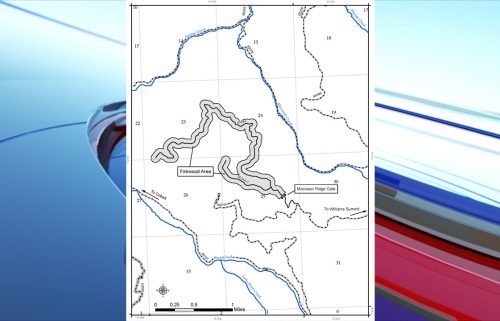