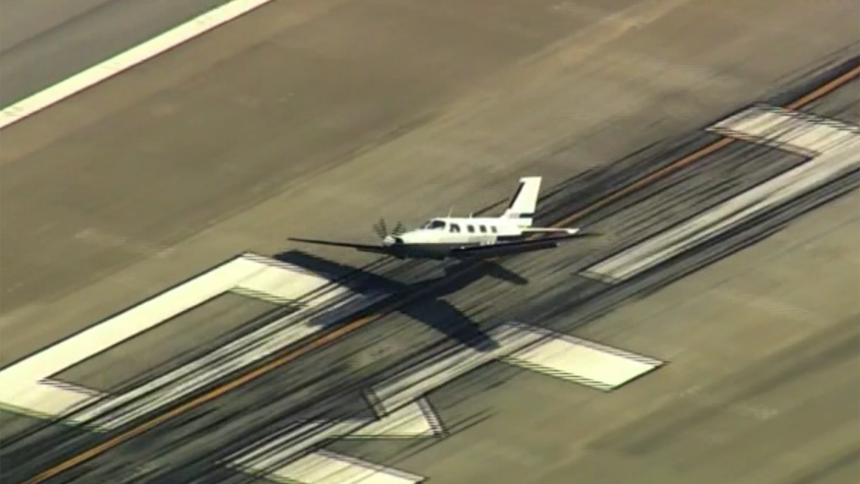 SAN JOSE, Cali. (KIFI/KIDK) - Four people are safe after a small plane in San Jose, California made an emergency landing Friday with no landing gear.

Authorities say the pilot reported having mechanical problems and had to burn fuel by staying in the air for about 45 minutes.

Two pilots and two passengers walked away from the plane after it landed.

Fire crews are on the scene.

No word on what caused the landing gear to fail.

According to FFA records, the plane belongs to Greorgalos Evans of Oregon.