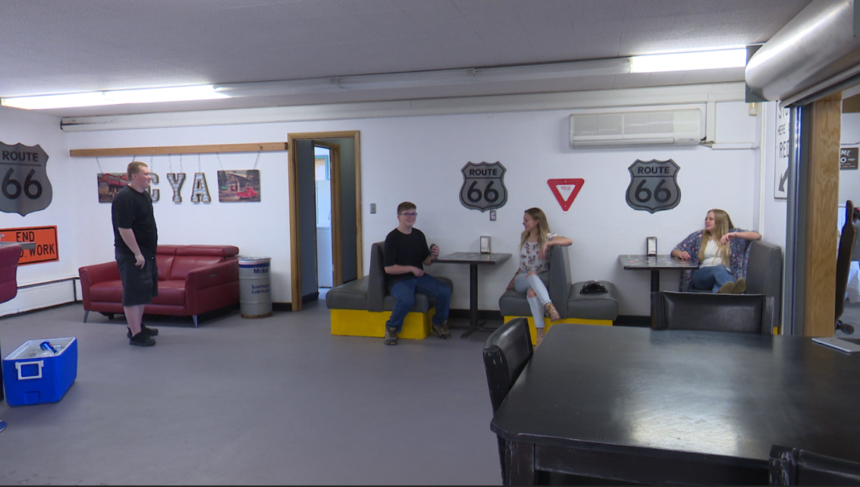 IDAHO FALLS, Idaho (KIFI/KIDK) - The Community Youth in Action, also known as CYA, got the approval from the Idaho Falls city council to move into the old Boy Scouts of America building on 4th street. Over the weekend, teens in the group had a chance to check out their new home.

Over the weekend, CYA members held an open house for their partners and teens involved in the group.

Organizers of Community Youth in action started the group a few years ago.

In that time they have aimed for positive change in the community and for our youths.

"When I found CYA, I was like really excited because I felt like I finally had a good place to belong," said Nikayla Liebe 17-year-old Youth leader.

"When I first movef to Idaho Falls I was very lonely and I didn't have many friends. Then I came to CYA, and I found more and better friends than I had before. Being able to hang out and be yourself, that's really important to me," said Julie Minzghor 15-year-old Youth leader.

For the past year CYA had used the Idaho Falls Senior Center as a teen center.

The decision to relocate was prompted when COVID brought on concerns of a compromised situation to the elderly people.

CYA leaders tell us it was about time for them to look for a new location anyways.

The group is quickly expanding and they needed a new place to fill that capacity.

CYA spent a lot of its summer without a location, the youth group used the zoom to stay in touch.

"So it was hard to adjust because we'd rather see our friends kind of together," said Minzghor.

"It was really frustrating. A lot of kids either forgot to join or they wouldn't stop talking on zoom. Some kids have their camera turned off and it's really hard to like pick up social cues of like when you're going to talk next," said Liebe.

When CYA got approved to move into the old boy scouts of America building, some youth in the group volunteered their summer to help with the remodeling of the rooms.

"I was able to help out at the begging but left for summer vacation. Seeing how much they got done while was I gone, it makes me kind of emotional. I walk in here and it makes my heart melt. It's just so great, said Minzghor.

As part of the transition of moving into the building, the old boy scouts of America sign will be removed, and renamed to honor one of the first members of CYA, Olivia Johnson.

"She's really important to us because when we are creating CYA she wrote our mission statement. Sadly three days later, she passed away in a car accident. She was very kind and caring. She was very dear to our hearts and it really hurts that we have lost her," said Liebe.

Olivia went by the nick-name Liv for 'life is valuable.'

In her memory, the new location will be known as the Liv Center.

CYA leaders scheduled to kick-off the opening of the new location on Friday, September 11.