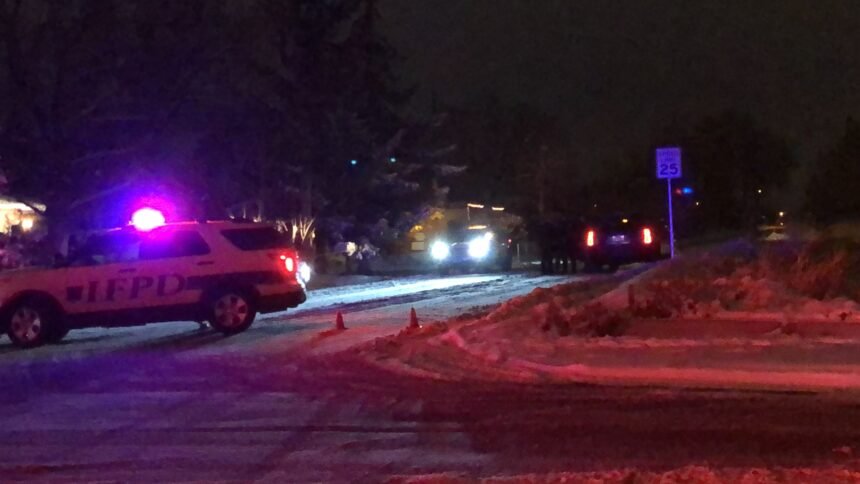 He was formally charged with aggravated battery and unlawful discharge of a firearm into an occupied dwelling.

According to court documents, police officers found the victim in an Eastern Idaho Regional Medical Center emergency room.  The man told police he thought Aguirre fired a gun at him.  He believed the first shot was a blank.

The victim suffered a bullet wound to the arm and another to the leg.  Police recovered five rounds and casings at the scene and believe they were shot at the victim as he exited a back door.

Aguirre posted a $60,000 surety bond.  He was scheduled to appear for a preliminary hearing January 15.

ORIGINAL STORY:
IDAHO FALLS, Idaho (KIFI/KIDK)-UPDATE:  12:20 p.m. --Idaho Falls Police said Friday, they were called to an incident after getting reports of a disturbance and gunfire.

Officers found two individuals were involved and that a firearm had been fired multiple times.  One person sustained two gunshot wounds and ran away from the residence.

Officers found that person at an area hospital.  Police have not released the victim’s identity, but said the person was listed in fair condition.

Police believe a second person, identified as Walter Alarcon, was responsible for firing the gun that injured the victim.  He was arrested for aggravated battery with a deadly weapon and unlawful discharge of a firearm in an occupied building.

Alarcon was injured in the incident and treated at an area hospital.  He is being held in the Bonneville County Jail.

UPDATE: Idaho Falls Police were called to a disturbance in the 1100 block of St. Clair Avenue at around 9 p.m. Thursday.

Police said the argument involved a firearm, but did not elaborate.

All of the people involved in the incident have been located and authorities say there is no ongoing threat to the neighborhood.

More information may be released today.