Eastern Idaho will likely see snow over the next 3 days.

It will be an extremely active weather pattern throughout the next few days. Several warnings and advisories remain in effect through tonight as snow continues across a large portion of south east Idaho.

Heaviest snow fall has occurred in the Wood River Valley and Sun Valley area where over a foot of snow has fallen in many locations. The interstate corridor from Burley to Pocatello to Idaho Falls has escaped much in the way of snow today but snow continues to fall across large swaths of the southern and eastern highlands and is pushing into the Upper Snake Highlands. Only 1 to 5 inches of additional snowfall is expected in the warned areas overnight but with sunset could see potential of refreezing of road ways and treacherous driving conditions.

Total accumulation is less than an inch on Wednesday in the Snake River Plain while heavy snow is expected in the mountain regions. 8 to 12 inches could fall in the Big and Little Lost River basin, the Beaverhead-Lemhi highlands, the Centennial Mountains, Monida Pass, Galena Summit and the Island Park area.

Winds will be a factor Wednesday causing blowing and drifting snow. Winds could gust as high as 40 mph.

Highs are expected to be around 35 degrees Wednesday afternoon and lows around 20 in the lower elevations Thursday morning.

Thanksgiving Day: Mostly cloudy with snow likely. New snow accumulation is less than an inch. Highs around 35 degrees. Winds out of the northeast of 5 to 15 mph.

Friday: More snow likely with a high near 33 degrees. Temperatures will fall overnight into Saturday morning to around 12 degrees.

Saturday: Mostly cloudy with a 30 percent chance of snow. Highs near 23. 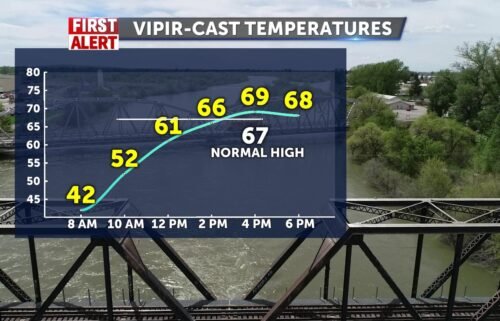 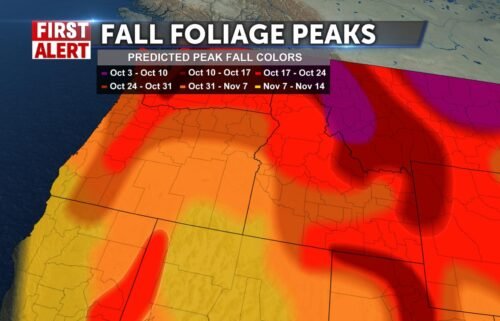 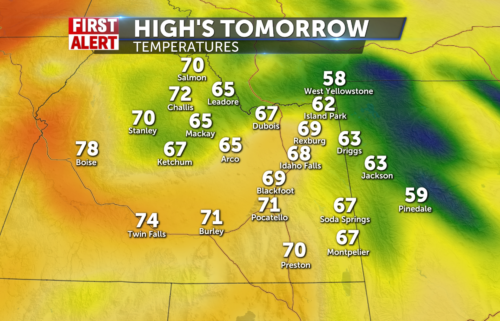 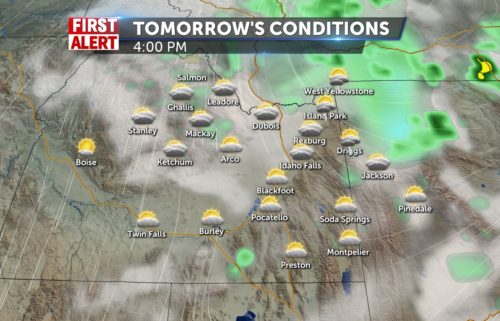