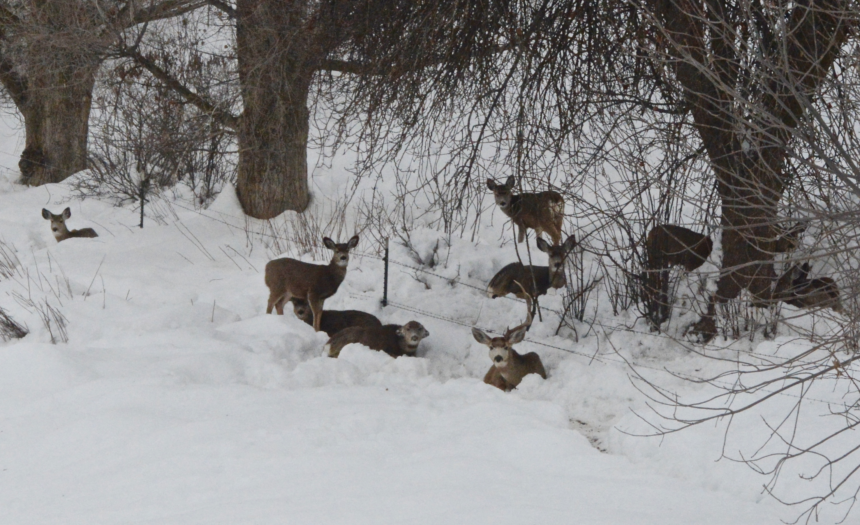 IDAHO FALLS, Idaho (KIFI) - Idaho Fish and Game is asking us to do our part to protect wintering wildlife by leaving animals undisturbed.

They tell us winter is a challenging season for Idaho’s wildlife.

Especially for big game animals that migrate to lower elevations and spend winter closer to people than during other seasons.

People can help animals by leaving them undisturbed so they have a better chance to survive winter.

Roger Phillips, Public Information Supervisor of Idaho Fish and Game says, "For some wildlife, being left alone during winter can make a life-or-death difference."

They say a simple rule of thumb is if your presence or actions cause them to move, you're too close.

Dog Owners are being reminded to keep a watchful eye on their pets while outdoors.

They say dogs are a predator, and the impacts of free-running dogs on wintering game can be substantial.

It's suggested to avoid bring your pet anywhere big game may be spotted.

Its presence may be enough to cause animals to flee and expend unnecessary energy they would not have otherwise used.

It is also illegal to allow dogs to chase or harass big game.

Drivers are told to watch for big game while on the road.

Now and the next few months is the time we need to be extra cautious while driving.

IDFG says if you see one animal cross the road, slow down immediately and look for more to follow.

For many people, it's tempting to want to feed animals we see but we're told feeding big game can cause big problems, even with good intentions.

Fish and Game’s policy is that natural habitat and feed must sustain wildlife, except in emergency situations.

Regardless of the severity of winter, some animals will naturally perish.

Always resist the urge to these feed animals, if it’s an emergency situation, Fish and Game staff will feed animals.

Fish and Game has winter feeding advisory committees in each region of the state prepared to take action if an emergency situation arises.