BONNEVILLE COUNTY, Idaho (KXPI) - There are many food drives and food pantries in Eastern Idaho. But Eyewitness News 3 anchor Todd Kunz found a different sort of pantry that is led by a local youth group. No food is involved. Kunz wanted to see what kind of pantry they've got and to Pay It Forward.

Josie and Chris Paolini are the Associate Pastor and Pastor of the Mountainview Christian Center in Bonneville County. They moved to Eastern Idaho from back east a little more than two years ago, and brought with them a certain knowledge.

"We understood that there was a huge problem with hygiene poverty in the United States and it's no talked about enough," said associate pastor Josie Paolini.

Food poverty is often talked about, but Josie says people often make tough decisions about how to spend their money, and hygiene items are the first to go when money is tight. When they came to Idaho, she said they saw the situation.

"We realized there was no hygiene pantry here. Plenty of other kinds of pantries, and that is awesome, because that fills a need, but once again, this was slipping to the bottom of the list," said Josie.

They saw this overlooked need and wanted to do something about it.

"We spoke to our kids here in the youth group, and we said, 'What are you passionate about? What do you want to do?' And they said, 'We want to impact the community, but we want to do something that's different.' So I put the suggestion forth. I said, 'What do you think about a hygiene pantry?' Jumped all over it. 'Let's do it,'" said Josie.

And the Pure Hope Hygiene Pantry was born. It has only been around since the fall of 2021, but it is already making a difference. They take hygiene product donations and monetary donations. The 412 youth group leads the effort from collecting, to organizing, to distributing.

"The youth are really excited about it. And it's good to have something that the youth have taken ownership of and they're talking it up among their friends and other people in the community are getting passionate about it," said Pastor Chris Paolini.

They have three accounts they service on a monthly basis. They are local assisted living, nursing homes, and long-term care facilities. These places and the community have been very supportive according to Josie.

"We probably do need individuals who would be willing to donate specifically senior care products," said Josie.

"Josie and Chris, how are you?" said a man walking into the room.

"You guys have been nominated by our community because of your generosity and giving back to our community and so I'm here today to Pay It Forward," said Carling, pulling out an envelope.

"And so I've brought with me today, $500 in cash," said Carling, pulling the money out of the envelope.

"That we'd like to Pay It Forward on behalf of Mountain America Credit Union, for your kind hearts and generosity to our community," said Carling.

"Wow. Thank you so much," said Chris.

"What an honor. Thank you so much. Oh my goodness," said Josie.

"So thank you for all that you do and providing things for our community. So thank you so much," said Carling.

"Thank you. That's going to be such a blessing. Wow," Chris.

"What a surprise. That's awesome. We appreciate you. We really do," said Josie, shaking Carling's hand.

"Oh man, guys. This is tremendous. This turns into a lot of product. It really does," said Josie.

"Oh man, we're gonna have to cover another wall I think," said Josie.

"The kids are losing their space, happily," said Josie.

"We'll have to build an addition," said Chris.

People can donate, volunteer, or express a need. 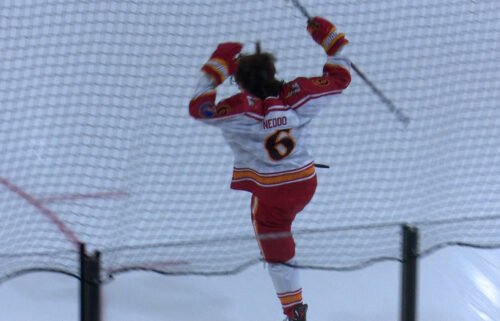 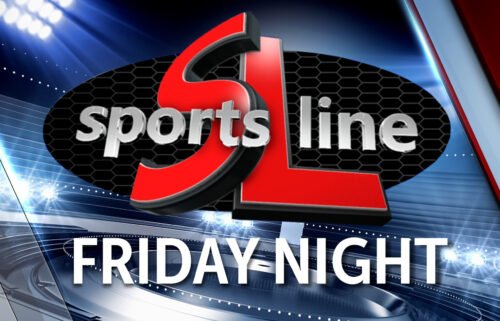 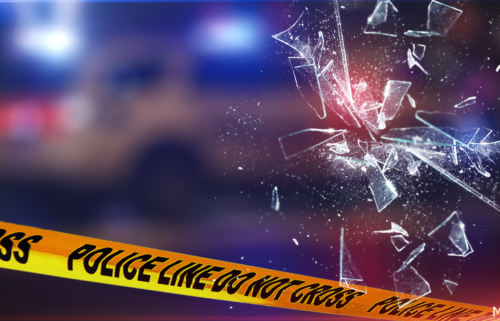 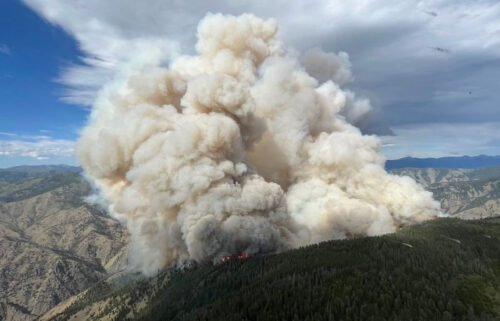