The oldest son of Anne Heche has filed a petition to assume control of the late actress’s estate.

Homer Laffoon, 20, is asking that he be awarded control of his mother’s assets. Heche, who died last month after a car crash at age 53, did not have a will, according to a copy of the petition obtained by CNN.

Heche’s car crashed into a Los Angeles home and erupted into flames on August 5. She experienced a “severe anoxic brain injury,” depriving her brain of oxygen, among other critical injuries, her family and friends said in a statement to CNN at the time.

She died days later after being taken off life support.

“My brother Atlas and I lost our Mom. After six days of almost unbelievable emotional swings, I am left with a deep, wordless sadness,” Lafoon said in statement to CNN on Aug. 14. “Hopefully my mom is free from pain and beginning to explore what I like to imagine as her eternal freedom.” 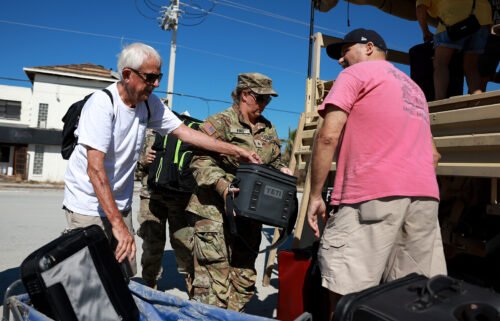