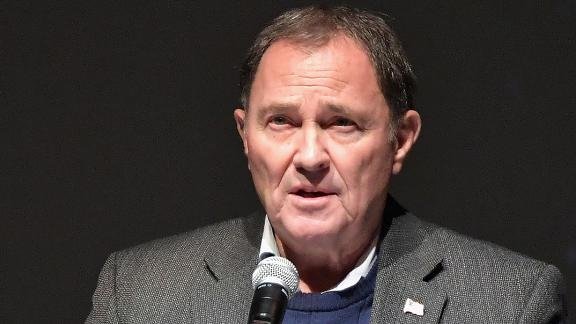 The Republican governor raised the possibility of a statewide order last week as the state has continued experiencing a spike in COVID-19 cases. He held a virtual meeting with House Speaker Brad Wilson and Senate President J. Stuart Adams on Tuesday to discuss a potential state measure.

Herbert is also facing mounting pressure from the Utah Hospital Association which sent a letter Tuesday urging the legislative leadership to require residents to wear masks. The letter called the recent spike's impact on hospitals and health care professionals "unsustainable."

Herbert has so far declined to issue a statewide mask requirement in the deeply conservative state. Instead, he has instructed counties and cities to request his permission if they think a face mask mandate is necessary.

He has approved mask mandates in Salt Lake, Summit and Grand counties, as well as the city of Springdale.