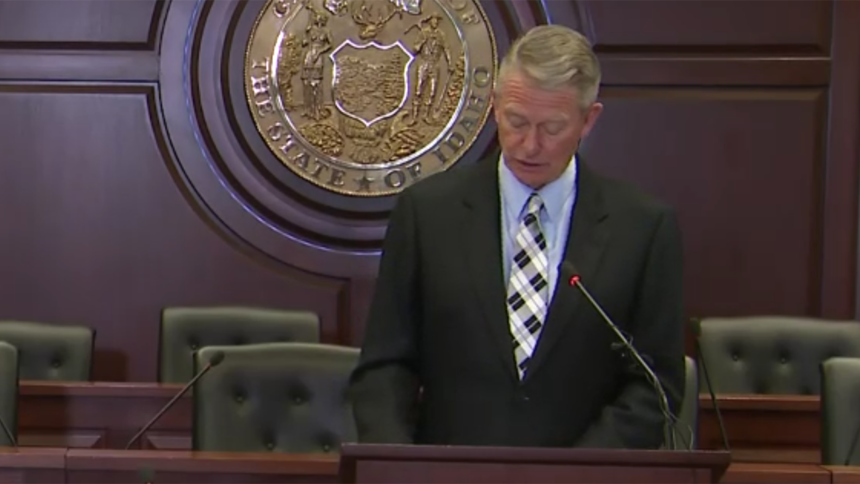 TWIN FALLS, Idaho (AP) - Prosecutors from more than half of Idaho's counties questioned whether Gov. Brad Little's plan to use $200 million in federal aid for property tax relief is legal under the federal coronavirus aid package.

Prosecutors in 16 counties signed a letter that asks Little's office to request a legal opinion from the U.S. Treasury Department and the Idaho attorney general's office before proceeding with the plan, The Times-News reported Friday.

Little's plan would send $200 million to participating cities and counties to cover public health personnel salaries on the condition that savings are passed to property taxpayers as a credit on their 2021 tax bill.

As part of the deal, cities and counties cannot increase their property tax budgets by the allowed 3% next year or use any forgone balance from previous years.

The letter from the county prosecutors questions whether Little's plan to conditionally distribute the money complies with the federal government's regulations. It also asserts Little's plan does not meet the requirement for equitable treatment between local governments and would "disproportionately affect rural counties."

"While some local governments do not need the 3% increase this year, manydo," the letter said. "This further creates an inequitable situation for property taxpayers in those counties which need the increases to provide their services year after year."

Little's press secretary Marissa Morrison told the Times-News that the program is optional and their office was "a little taken aback" by the letter from counties.