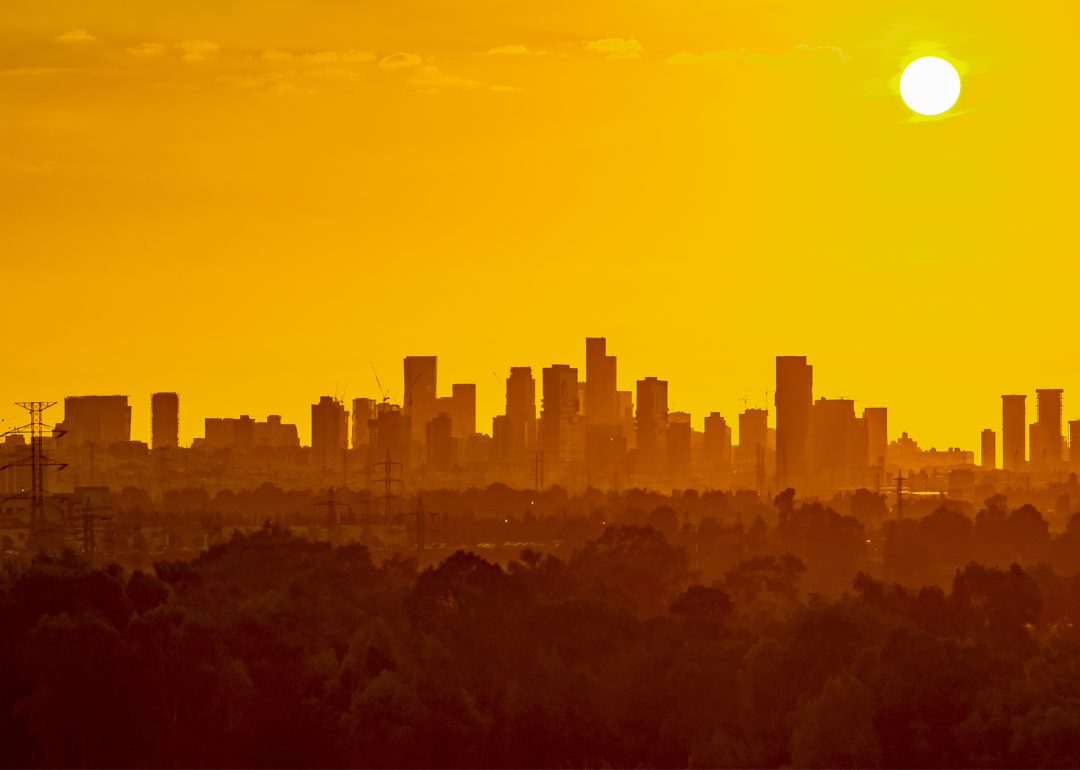 64% of Americans are now exposed to extreme heat. Here’s why that’s worrying

A heat wave over a city skyline

The infamous Dust Bowl years of the 1930s saw unprecedented extreme heat waves decimate the Midwest and the Great Plains. Temperatures climbed to well over 100 degrees Fahrenheit in states used to a relatively cool climate. Over the span of six years, roughly 5,000 people died from heat-related causes, and intense drought made agricultural efforts nearly impossible.

The Dust Bowl heat waves were something of an anomaly at the time, as there was little climate science at that time to explain the event. However, climate scientists today have reflected on the event as one of the first human-influenced climate events, triggered by coal-reliant industrialization, and as a harbinger of climate change.

Today, record-breaking heat waves have emerged with alarming frequency and more intensity than ever before. People in cities used to temperate or cool summers across the U.S. have been contending with temperatures more suited to Death Valley. Meanwhile, heat waves are becoming even more intense in already-hot locales, including the Sun Belt. Despite this, Americans are moving to Southern states at high rates, increasing the number of people who will be exposed to extreme heat.

To investigate how extreme heat is impacting cities across the country, OhmConnect compiled a list of how heat waves in major U.S. cities have changed over time, with data from sources including the Environmental Protection Agency, the World Health Organization, the Center for Climate and Energy Solutions, Globalchange.gov, and other scientific research. The data available is from 1961 to 2021 across 50 large metropolitan areas. 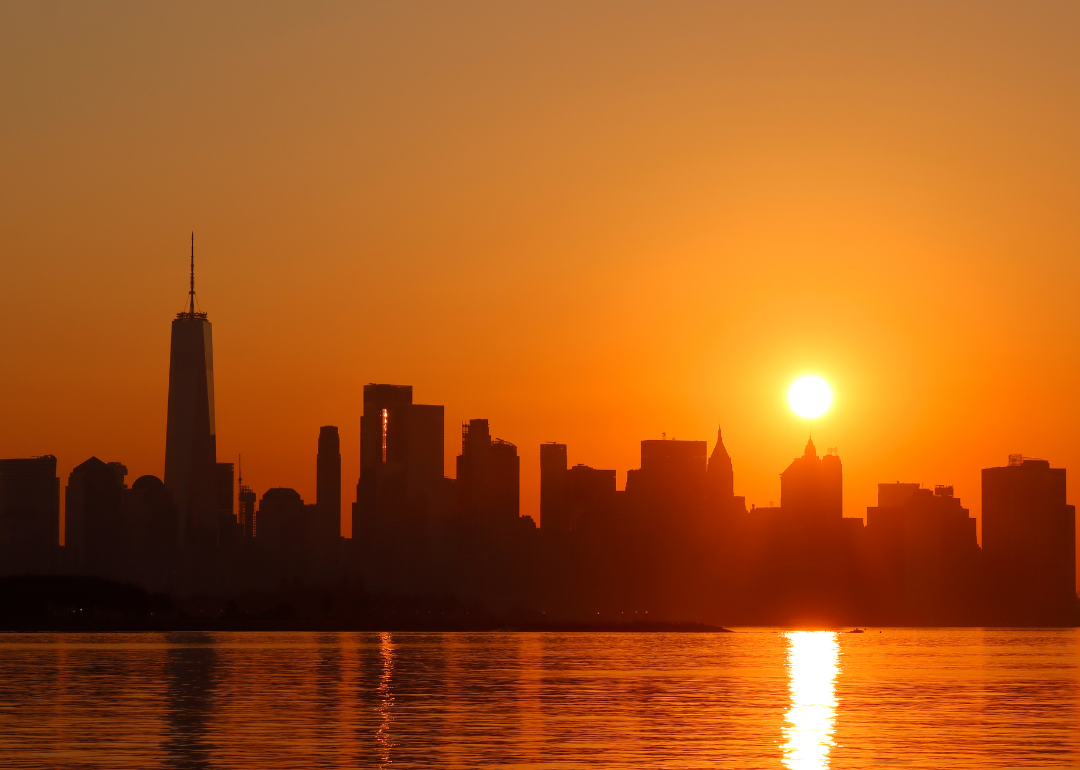 Heat waves have become more frequent across major US cities

The sun rising behind lower Manhattan and One World Trade Center as a heatwave continues in New York City on July 23, 2022

U.S. cities are experiencing more heat waves every year. In the 1960s, cities endured an average of two heat waves per year. That number has grown to an average of six each year during the 2010s and 2020s, according to the EPA. Cities are particularly vulnerable to more heat waves because of factors like urban heat islands, an effect that makes urban areas hotter than surrounding rural regions. Many factors contribute to urban heat islands: darker surfaces like asphalt and roof shingles—which absorb rather than reflect heat—less shade from trees, and fewer plants emitting cooling moisture from their leaves. 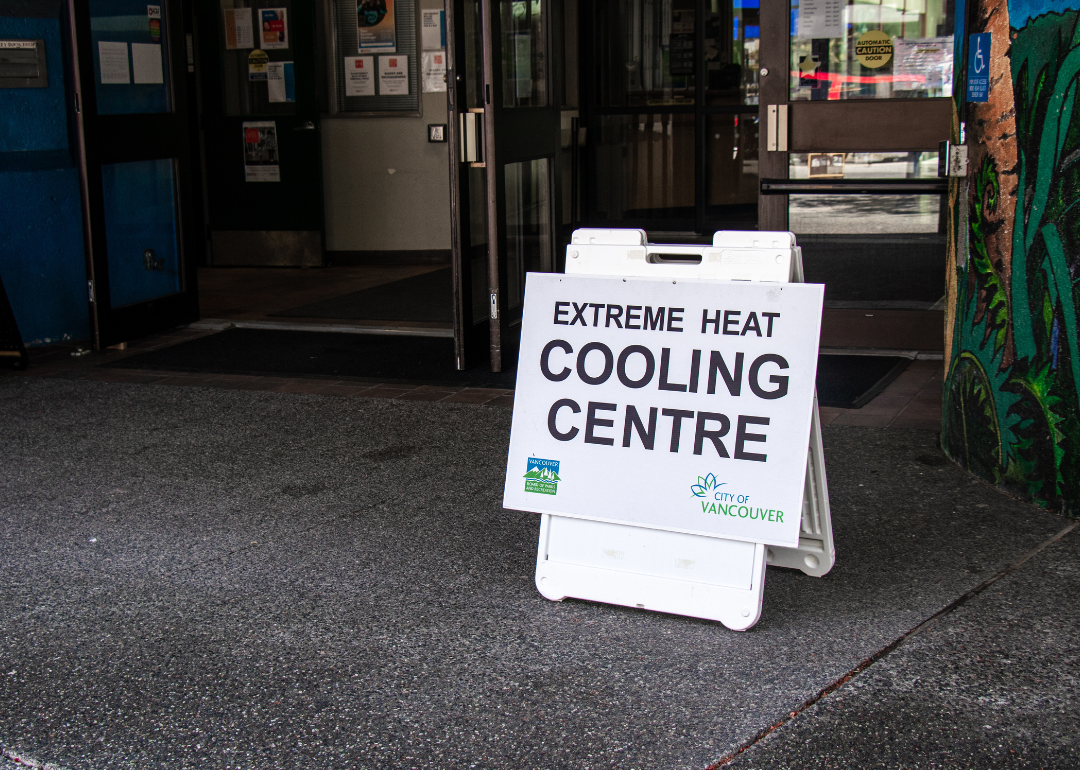 The increased frequency of heat waves and length of heat wave seasons has inspired some cities to take action. In 2021, the mayor of Miami-Dade County appointed a chief heat officer, the first in the nation. This position is intended to strategize ways of keeping people safe from increasingly intense heat events in a city that is experiencing some of the worst heat waves in the country. 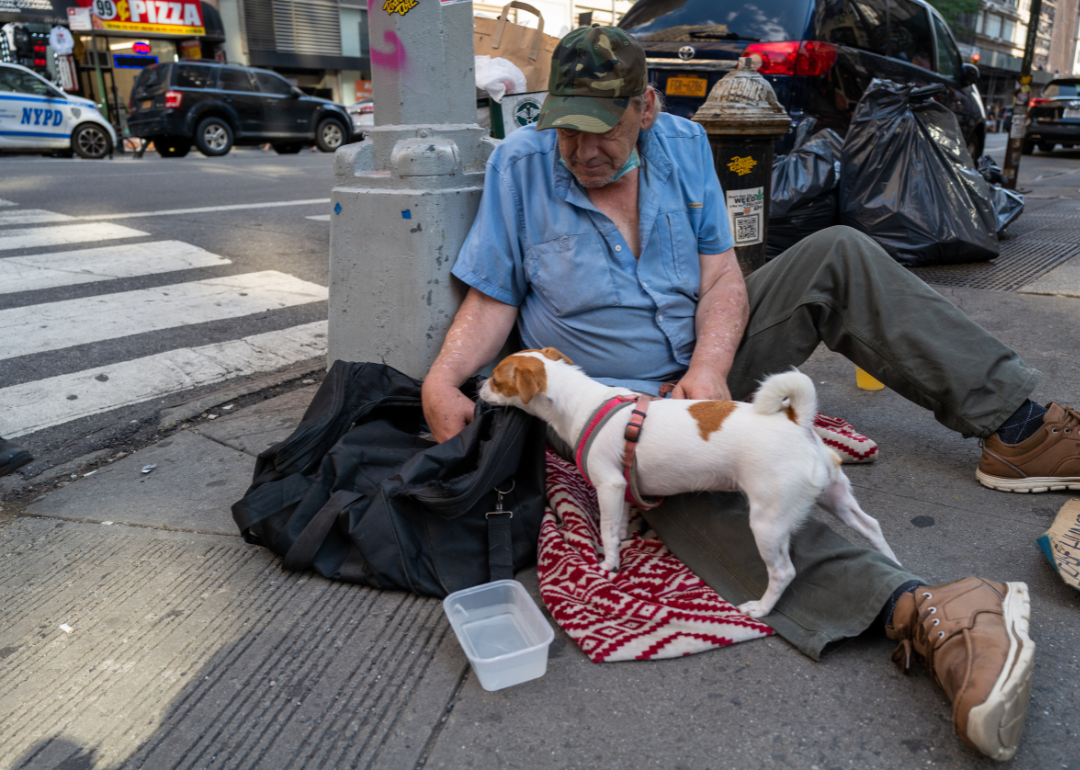 The average heat wave lasts about 4 days, a day longer than in the 1960s

John, who is homeless, sitting with his dog Daisy on a Manhattan street during a heat wave on July 22, 2022, in New York City

Longer heat waves have grave consequences for people’s health and safety, particularly for those who are unhoused or who don’t have access to air conditioning. Living for prolonged periods at very high temperatures without being able to cool off can increase the risk of heat-related illness and even death. To make matters worse, record-breaking heat during the nighttime has been reported across the country, removing the usual respite from heat offered by the sun going down, and adding to the danger already caused by several days of extreme temperatures. 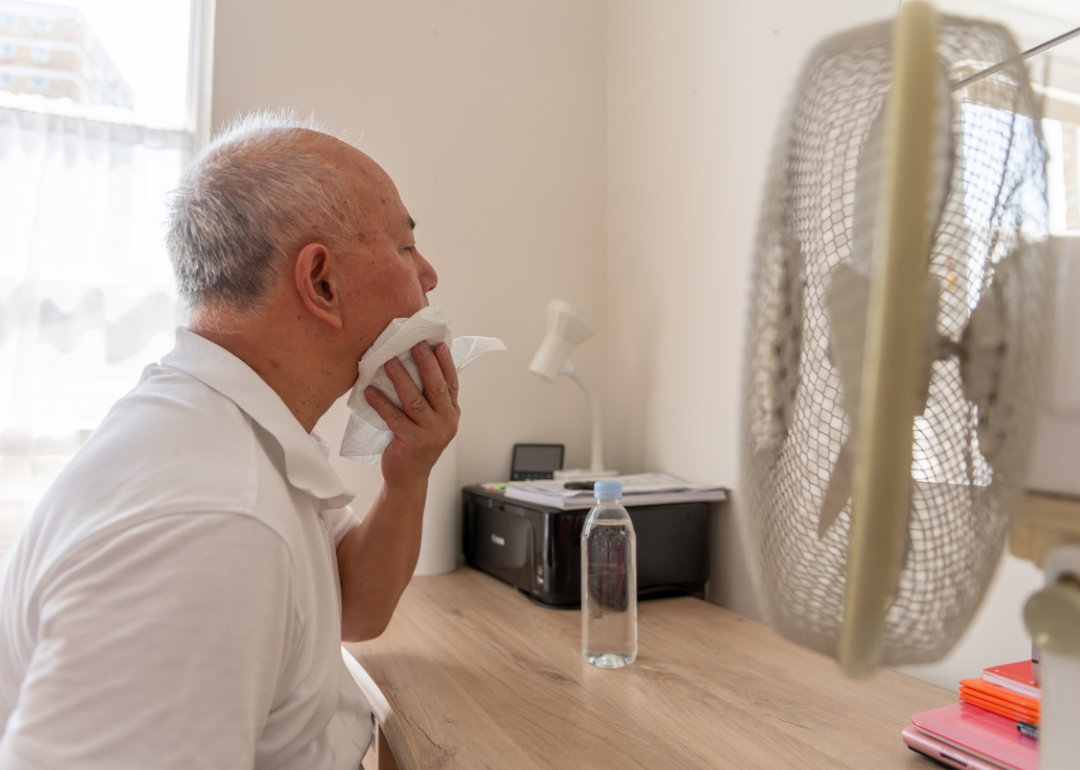 The intensity of heat waves has steadily climbed over the past six decades. Both in regions accustomed to some amount of extreme temperatures, like the South, as well as in areas which have not previously experienced high temperatures, heat waves have become hotter and more deadly.

In 2021, the Pacific Northwest, a region known for its moderate weather, saw a blistering heat wave that peaked between 116 and 118 degrees Fahrenheit. The event caught many people unprepared, and hundreds of deaths were reported in Oregon and Washington, particularly among people who did not have access to air conditioning. Other cities in California and other parts of the Western U.S. experienced extreme heat waves in September 2022, making it the hottest September on record for the West. 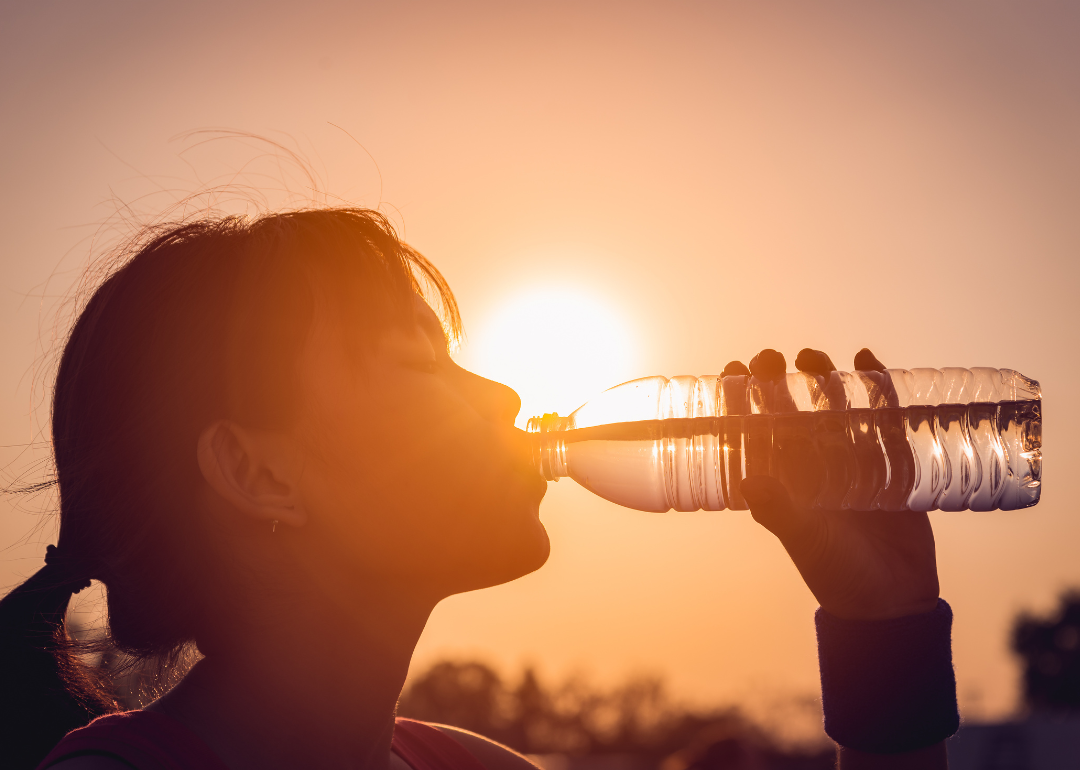 Dehydration and weather-related deaths are on the rise

A person drinking water during a heat wave

Heat is the leading extreme weather-related cause of death in the U.S. The EPA estimates that between 600 and 1,300 deaths occur in the U.S. every year from extreme heat. Heat-related illnesses and deaths can happen when the body loses its ability to regulate its internal temperature. Dehydration and increased internal temperature can cause blood thickening, which leads to organ and heart damage. 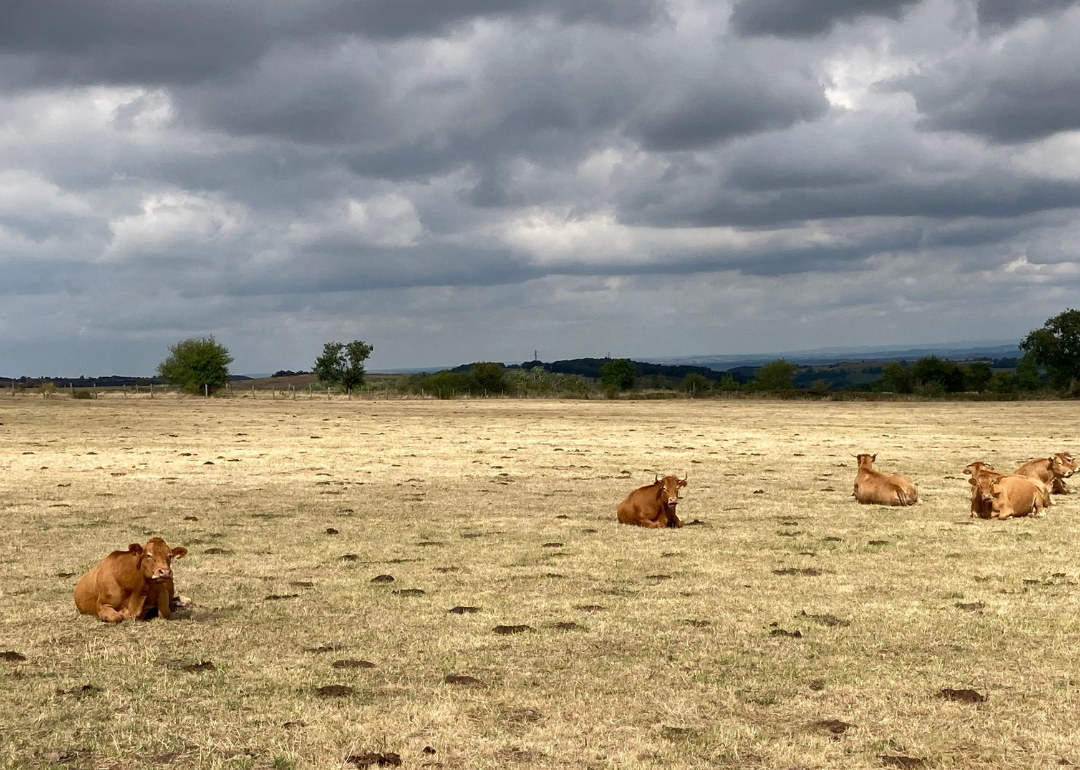 Agriculture and energy: a point of no return

A herd of cows in a dried meadow following a heatwave in Vensat, France

Extreme heat waves impact much more than people’s ability to be outside without air conditioning. They also have serious environmental, agricultural, and energy-related ramifications. Heat waves harm crops, cause issues with plant growth, and make it difficult for livestock to survive. They also exacerbate drought, creating water shortages and conditions that are conducive to wildfires and other natural disasters.

Energy systems can also be strained by an increased need for high-energy utilities like air conditioning, with demand outstripping supply in some cases. In July 2022, Texans were instructed to conserve as much energy as possible to alleviate strain on the power grid as temperatures neared 110 F. 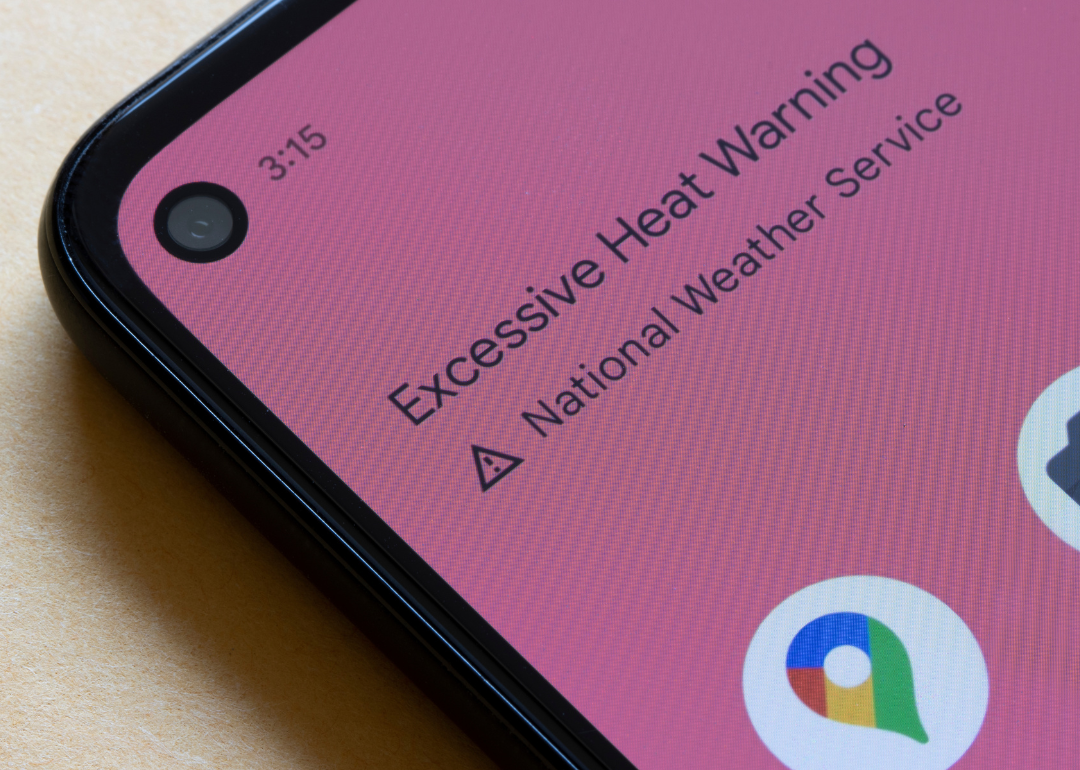 A phone notification for excessive heat

As extreme heat events continue to become more frequent and severe, experts caution that being prepared for intense heat waves is one of the best ways to keep people safe. On an institutional level, the CDC recommends having early heat wave alerts in place on a city or county level to warn residents of impending extreme heat risks. This would also enable public cooling centers to open at appropriate times, a vital measure for those without air conditioning and people experiencing homelessness. Keeping hydrated and avoiding the outdoors during heat waves is especially important.

At the same time, measures can be taken to prevent the continued rise of temperatures, as well as to mediate the risks of straining energy systems. Increasing energy efficiency and forms of renewable energy would prevent power grids from being overwhelmed while limiting further emissions, which contribute to rising temperatures in the first place. Introducing more trees and vegetation to urban areas could also work to introduce shade, increase air quality and reduce the harm of emissions, and limit the impact of urban heat islands.

This story originally appeared on OhmConnect and was produced and
distributed in partnership with Stacker Studio. 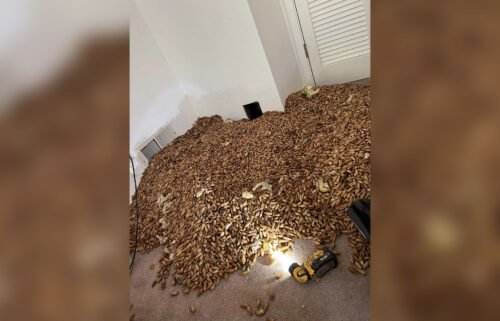 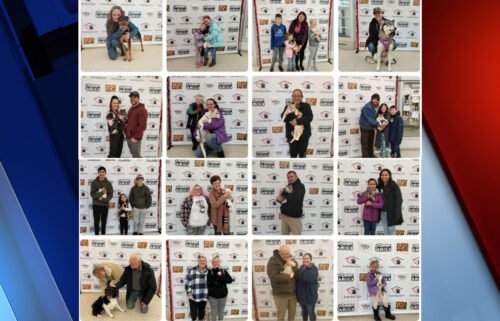 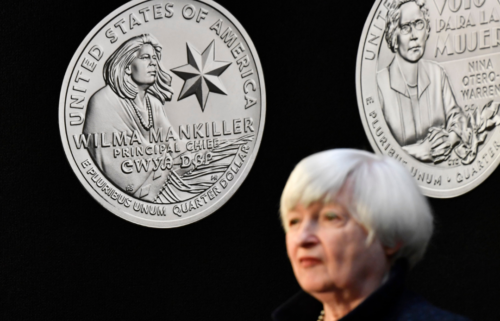 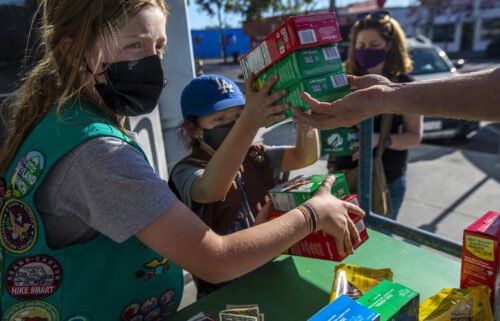