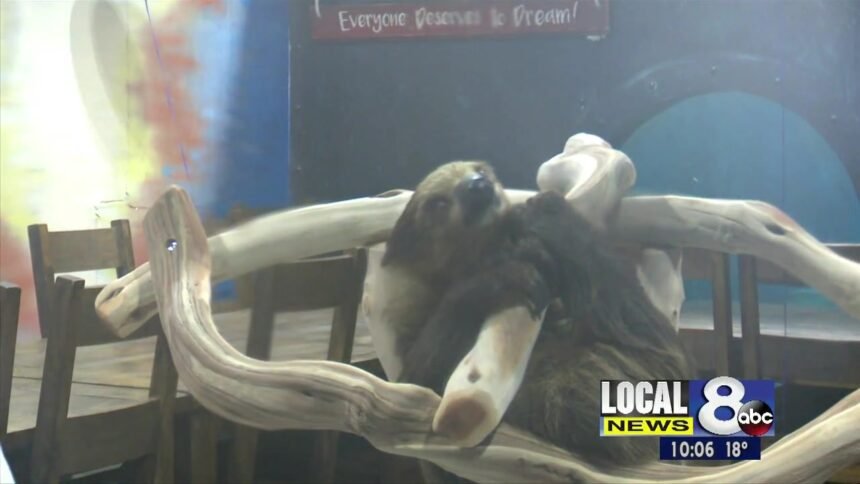 There is a new face at the East Idaho Aquarium in Idaho Falls., but only a few visitors were able to see him.

The aquarium introduced their new two-toed sloth named Wookie to only a few fans of the aquarium Sunday, because her exhibit is not quite ready yet.

The aquarium is still working on her permanent exhibit in the gift store.

"I like seeing him hang upside down and it's just cool to see him move around and, yeah, he really likes glitter nails. So, I suggest wearing like anything glittery works the best," said Ella Tsantis from Idaho Falls.

"Wookie, she's is a Linnaeus's two-toed sloth. In the wild they come from Costa Rica places that are really hot and humid. But Wookie, our personnel sloth came from South Carolina. So she came from a zoo there and now she's ours, we're taking care of her," said Kendall Jackson, Wookie's personal trainer.

The aquarium says they're looking forward to introducing Wookie into her new home, where she stay up in a tree.

Jackson said they're still waiting to get a heater installed for the exhibit.

"The gift shop that she's going to be living in is about 65 degrees 66 degrees usually but her temperature needs to be somewhere between 75 and 80 degrees and so we're just waiting for the heat to pick up in here and so then she can come out because her health is our number one priority right now," said Jackson.

They're expecting Wookie to move into her official home sometime in May.