BOISE, Idaho (KIFI) - The skyrocketing price of crude oil is causing tremendous pain at the pump, and the effects are now being felt here in Idaho.

According to AAA, the national average price for regular gas spiked by 11 cents overnight, while prices in the Gem State jumped nine cents.

“When crude oil was in the $90-per-barrel range, low fuel demand made Idaho one of the last holdouts as gas prices started climbing,” AAA Idaho spokesman Matthew Conde said. “But with the price of crude oil now over $110 per barrel and travel demand slowly ramping up, our state is following the awful trend that’s taking place nationwide.”

“Escalating violence in Ukraine is stoking market uncertainty, and crude oil is extremely volatile right now,” Conde said. “Unfortunately, we probably haven’t seen the worst of it. With a potential ban on crude oil imports from Russia, the upcoming switch to more-expensive summer-blend fuel, and growing gasoline demand to kick off the spring driving season, there could be plenty to frown about as we stop to fill up over the coming weeks and months.”

The last time Idaho and the national average reached $4 per gallon was in the summer of 2008. 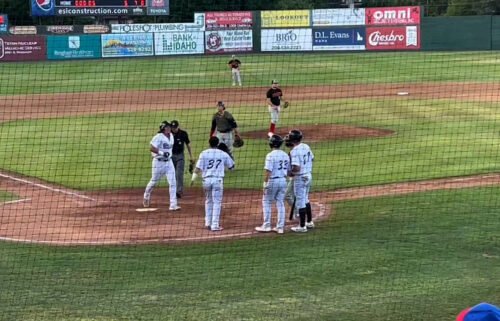