A new reality TV show called “Unicorn Hunters” borrows the pitch-for-fame-and-fortune concept popularized by “Shark Tank” but adds an unusual twist: It’s not just the judges throwing money at the businesses. Viewers at home can invest, too.

Representatives from the companies step inside what the show calls the “Circle of Money,” a ring with seven rotating judges, including Apple co-founder Steve Wozniak, former US Treasurer Rosa Gumataotao Rios, singer Lance Bass and a handful of other business people. Panelists critique the companies by weighing their risk factors and likelihood of becoming the next tech “unicorn,” a term for a private company valued at $1 billion or more.

At the end of each episode, viewers are invited to invest in the featured company by registering at UnicornHunters.com. For some companies, the minimum viewer investment is set at $100; others start at $1,000. The maximum amount varies and is determined by each company. Pre-IPO investment opportunities are typically available to venture capital funds, Wall Street banks and large institutional investors.

“We thought there was inequity on the investor side, the average person around the world side — the middle-class worker, the housewife, the grad student; all of these people who never had access to the opportunity to create wealth through the investment ecosystem — and then on the company side,” said Moe Vela, the show’s co-creator and co-producer, and former director of administration to Joe Biden during the Obama administration. Vela, who is also a “Circle of Money” panelist, is the chief transparency offer of TransparentBusiness, which owns a majority stake in the show. (Two of TransparentBusiness’ top executives, who are also husband and wife, are judges on the show.)

“If we learned anything from Reddit and Robinhood, it’s that people right now are raising their hand saying, ‘Why can’t I have access and participate? Why does it have to be just a few stuffy guys in suits?'” Vela said.

But questions remain. In the series’ pilot, panelists consider a company that offers a UV light product that its founder says helps kill pathogens. But in the end, unlike on “Shark Tank,” there’s no clarity on how much money the panelists who are investing will put into the company. A spokesperson told CNN Business “the breakdown of the investment amounts is private.”

The lack of clarity isn’t helped by the number of people on the panel, though some, like Wozniak, manage to shine through. (For any person who knows anything about Wozniak, it may be impossible to get over — in a good way — the image of him sitting behind a tablet with a Microsoft logo on it.)

The show may not have a network home, but it does have a professional look and feel, and a reality TV veteran — Craig Plestis, who’s involved in shows including “The Masked Singer” — as executive producer. It all came together quickly.

“After I asked Lance to join, he took 20 minutes to call me back and said, ‘I’m in,'” Vela said. After identifying potential unicorns over the course of a few months, they filmed the entire first season in a week — a process that would typically take far longer on a cable network. (Getting the name, which sometimes has a very different connotation, approved would have likely taken as long.)

Bass, known for being a member of boy band NSYNC and a restaurant entrepreneur, is newer to the investing world. Still, his resume includes backing Cameo, the platform that connects fans with celebrities and touts a $1 billion valuation. He is also part of NFL quarterback Aaron Rodgers’ venture capitalist group, Rx3 Ventures, which has invested in startups including Hydrow, hims and Super Coffee.

“I’ve always been interested in business ever since we had a huge fight with our old manager, Lou Pearlman, and I realized, ‘Oh wait, this is a business. You have to treat it like one,'” Bass said of his days in NSYNC. “Since then, I was always looking at every contract, signing every check. I was kind of the one in the group that did all the business side of it.”

Bass said he wanted to join “Unicorn Hunters” in part because it shows how anyone can become an investor.

“It’s pretty intimidating sitting next to these industry giants, including the co-founder of Apple to my right and directly across from me is the woman whose signature is on all my money in my wallet right now,” Bass told CNN Business. “But they made me feel so comfortable to be in the ‘Circle of Money’ and I received the best master class on investment ever.”

Panelists also spend a good bit of time reminding viewers there are risks involved with investing, such as a financial loss. “We’re trying to give people information and knowledge so that they can make educated and more intellectual decisions,” Vela said.

The team behind the show said it is currently exploring opportunities for syndication in several markets, including the US, and is in discussions with a variety of distribution partners and platforms.

It added that the show currently plans to start filming its second season in August.

This story has been updated to add information about the maximum amount a viewer can invest. 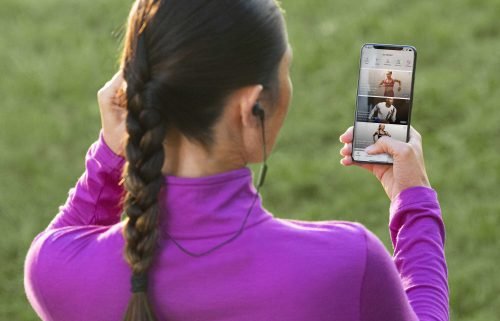