For months, jurors at Elizabeth Holmes’ criminal trial have heard one witness after another speak about the confident and charismatic former CEO of Theranos. Witnesses testified about how she convinced investors to pour hundreds of millions of dollars into her failed blood-testing startup, attracted a star-studded roster of board members and negotiated a key retail partnership on her own without a lawyer present.

But this week, a tearful Holmes sat on the witness stand and delivered a stunningly different perspective on her time running the company. Behind the scenes, Holmes alleges, she was in the midst of a decade-long abusive relationship with Theranos’ chief operating officer and president, Ramesh “Sunny” Balwani, who she said tried to control nearly every aspect of her life.

The allegation from Holmes, who is one of only a few witnesses expected to be called to testify by her defense team, was easily the most emotionally-charged moment of her five days on the stand so far. Her claim, which Balwani’s attorneys have previously denied, could also complicate the government’s case against her in the eyes of the jury.

The government alleges Holmes knowingly misled investors, doctors and patients about the capabilities of her company’s blood testing technology through a web of alleged deception in pursuit of money. Holmes faces nine counts of wire fraud and two counts of conspiracy to commit wire fraud, and up to 20 years in prison if convicted. She has pleaded not guilty.

Her abuse claim potentially raises new questions for jurors about her intent to mislead — a key factor the jury of eight men and four women will weigh when determining her fate. Indeed, just before jury selection got underway, the court unsealed documents which detailed that Holmes’ may claim she was abused by Balwani as evidence “that she lacked the intent to deceive.” (Potential jurors were also previously asked whether they had any experience with interpersonal abuse or violence in an effort to weed out those who might be biased.)

“It may make [jurors] second guess whether she was intentionally committing a fraud,” said Laurie Levenson, a professor at Loyola Law School and former federal prosecutor. Some jurors, however, might be skeptical of her testimony. “This case is very much about who is Elizabeth Holmes and how opportunistic is she that she’ll say whatever the moment requires her to say.”

“It kind of blurs what the trial is about”

Holmes first met Balwani after graduating high school when she was just 18 and he was 38. Holmes later dropped out of her sophomore year at Stanford to launch a business, a decision that she testified was due in part to her having been raped while at school. As she chose to pour herself into building a company, she said she sought business advice from Balwani. The relationship then turned romantic.

As she fought back tears, she testified Balwani’s control over her ranged from forcing her to have sex with him to prescribing her an incredibly restrictive lifestyle. He allegedly disciplined her eating, her voice and her image. He also allegedly isolated her from others.

“Sunny would get very upset if I was with my family because he said it was a distraction to the business,” she testified on Monday.

Notably, Holmes testified that Balwani didn’t control her interactions with investors, journalists, retail executives, or board members. Rather, she testified, “he impacted everything about who I was, and I don’t fully understand that.”

Balwani, who was indicted alongside Holmes and will face the same charges when his trial begins next year, has also pleaded not guilty. Their trials were severed after Holmes indicated she may testify she was the victim of intimate partner abuse.

According to Dr. Evan Stark, a forensic social worker, the nature of the relationship that Holmes has claimed has the hallmarks of what’s known as “coercive control,” which is also the title of a book by Stark. The term refers to a pattern of abusive behavior that takes away a person’s freedom.

Stark has consulted on cases (though not the Holmes case) with clinical psychologist Dr. Mindy Mechanic, who the defense indicated it may call to testify as an expert in the Holmes trial. Mechanic, whose work focuses on the psychosocial consequences of violence, trauma and victimization, evaluated Holmes for 14 hours, and also conducted interviews with her family members, according to pre-trial filings. “Expert testimony will be helpful and appropriate in educating the jury as to the reasons for Ms. Holmes’ belief in, deference to, and reliance on Mr. Balwani,” the defense wrote in one court filing. (The government was also able to have an expert evaluate Holmes.)

Stark said Holmes’ abuse testimony is ultimately an appeal to the jury. “It raises a question in the jury’s mind about whether or not she was fully responsible for the activities.”

Dr. Ziv Cohen, a forensic psychiatrist and assistant professor at Weill Cornell Medical College, said it could also be effective “because it kind of blurs what the trial is about.”

Jessica Roth, a professor at Cardozo Law School and former federal prosecutor, echoed the point. “It could both be true — that she was in an abusive relationship as she alleges, and that she’s guilty of the charges. I don’t think the government has to disprove her allegations for it to prevail at trial.”

Attempting to poke holes after a bombshell testimony

At the very least, the abuse allegation potentially complicates the prosecution’s cross-examination of Holmes by introducing sensitivities.

In questioning Holmes on Tuesday, assistant US attorney Robert Leach sought to contrast Balwani’s alleged control over her life with her power at the company she founded, led and in which she had a 51% stake.

“He was an at will employee?” Leach asked. “He was,” Holmes testified. “Okay. You could fire him at any time?” Leach continued. “I could,” Holmes replied.

Leach sought to discredit Holmes through pointing out that the rationale she had for her split with Balwani differed from prior testimony given to the Securities and Exchange Commission. She told the SEC her relationship with Balwani lost its romantic luster at some point after they started working together. She didn’t mention, as she testified Monday, that her view of Balwani changed after learning the findings of a regulatory inspection of Theranos’ lab.

Leach also sought to establish that she was able to end the relationship herself, without seeing any mental heath professionals.

The awkwardness of the prosecution’s questioning became palpable on Tuesday as Leach asked Holmes to read aloud her private messages with Balwani in a bid to prove their relationship was “at times loving and at times not so loving.” In so doing, Holmes, for the second day in a row, became emotional on the stand.

Stark said if the intent is to use text messages to discredit the nature of the relationship, Dr. Mechanic will “tear to shreds that argument” if she is called to testify by the defense. “There’s nothing inconsistent between loving men that hurt you,” Stark said.

Levenson, the former federal prosecutor, said the government needs “to be careful not to cross the line to get into a trial over whether she was abused and keep the case focused on whether, notwithstanding her personal life, she was still knowingly making false representations.”

Leach also questioned Holmes about whether she was “involved in another romantic relationship during the time period 2010 to 2015.” Holmes, who lived with Balwani from 2005 to 2016, initially testified “no,” in an apparent confusion over the dates. She then confirmed she was in another in early 2010, but “it was not actually a formal relationship.”

The relevance of the question went unexplained by Leach. But according to Cohen, it may be an attempt to show the ways in which Holmes appeared to have agency. “If he was an abuser and a controller, that wouldn’t fit with her dating somebody else. It is uncomfortable but the prosecution really has to poke holes.”

Leach’s cross-examination of Holmes is set to resume Tuesday. 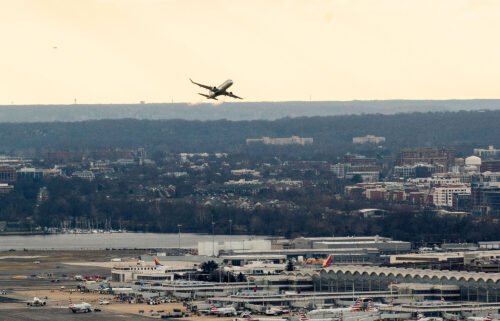 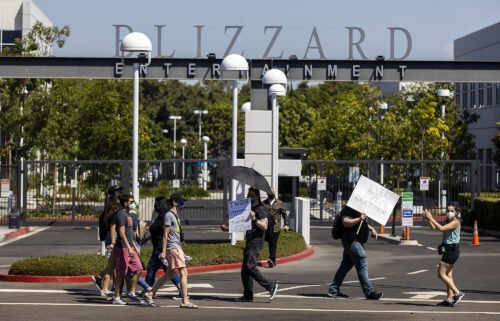