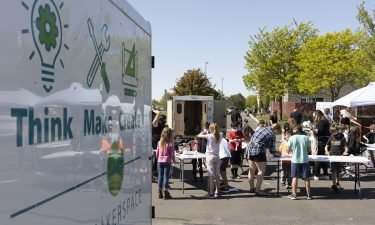 Fire fighters are investigating a fire that happened at the Barnes and Noble, in Idaho Falls, Tuesday.

Crews said it was caused by a trash can fire in the women’s bathroom.

The employee who tried putting out he fire with a fire extinguisher was treated for minor smoke inhalation from the ambulance on scene. He was released shortly after.

People in the store said they could still smell smoke but the fire chief said the air inside is safe.

The store is still open.