REXBURG, Idaho (KIFI/KIDK) - The search for two missing children led investigators to search the family's home, but a neighbor said by the time FBI got there, the mother was gone.

Seth Bernard lives next to Lori Vallow's townhouse in Rexburg, where her two children, JJ and Tylee, were last seen.

Bernard helped Vallow move into her new home in September, after she left Arizona when her previous husband was shot by her brother.

Her brother, Alex Cox, lived with Vallow for a week before getting his own apartment in the same complex. Bernard said he also got to know Cox in the few weeks he lived there. Cox died on Dec. 12. Police haven't released details on his death yet.

JJ Vallow, 7, is about the same age as Bernard's children. JJ grew close with Bernards' sons.

"They played everyday almost, until he said he was moving to his grandmother's," Bernard said.

Just a week after they moved in, JJ told Seth's son that he and his sister would be leaving soon.

The grandmother told investigators that visit never happened. Bernard didn't notice anything odd about the family.

"The weird thing is there were no warning signs. No 'Hey, there's something going on here.' There was nothing. They were very nice, very friendly. She baked us brownies one time," Bernard said.

Then police started knocking on Bernard's door asking what he knew about JJ and Tylee's whereabouts.

The Tuesday before Thanksgiving, Bernard saw Vallow and Cox packing up a silver truck. He assumed they were going somewhere for the holiday, since they seemed to be leaving most of their belongings, including JJ's toys.

The following day, the FBI warned Bernard they would be searching Vallow's home.

"They just asked us to leave. They called me and said, 'Hey, we're going to be raiding their house here in ten minutes, would you get your family out because we don't want anything to happen,'" Bernard said.

"(Vallow's) sister moved in there, so that's why they raided her place," Bernard said.

Bernard hasn't seen the sister recently and isn't sure if she's still living there.

He said his son misses his new friend.

"Hopefully we can find them. We just hope they're relocated to a safe location. That's all we can hope for," Bernard said.

Investigators say Vallow and her new husband, Chad Daybell have left Idaho and are refusing to assist in the search for the two children. JJ and Tylee haven't been seen since September.

Anyone with information about the children or missing adults should contact the Rexburg Police Department at 208-359-3000 or the National Center for Missing and Exploited Children at 1-800-THE-LOST. 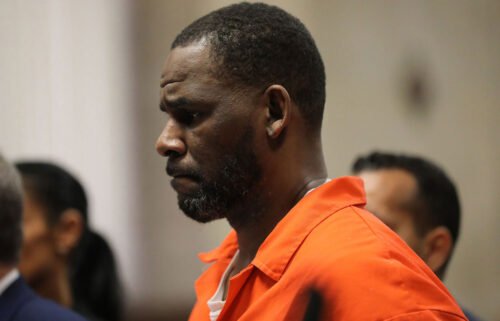