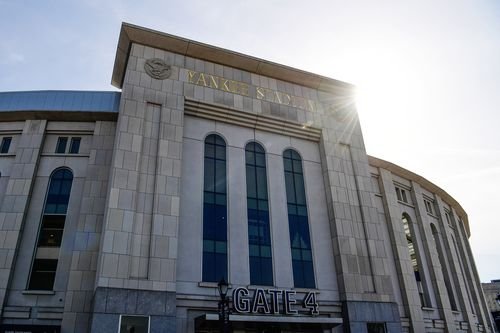 New York’s Yankee Stadium is expected to join numerous sports and entertainment venues around the nation being used as mass Covid-19 vaccination sites in a bid to boost lagging vaccine numbers.

New York City Mayor Bill de Blasio said Wednesday a “plan is in motion” to use The House that Ruth Built in the Bronx as a vaccination site. The announcement came one day after the mayor and New York Mets owner Steve Cohen said a 24-hour, vaccine mega site will be set up at Citi Field in Queens later this month.

The Citi Field site could handle 5,000 to 7,000 people a day in the Delta Lounge, according to de Blasio spokesman Jeff Holmes. It will be the largest site in the city.

The Delta Lounge will be split in three stations: one for intake, one to administer the vaccine, and a monitoring area where people will wait for about 30 minutes. The city will staff the site with medical professionals from the Health and Hospitals system and redeployed workers from its test and trace team.

From sports stadium to sprawling fairgrounds, authorities are looking to increase inoculation efforts as the country continues to set single-day records for Covid-19 deaths.

Just over 10 million people have received their first coronavirus shots and 29.3 million doses of vaccine have been distributed, the US Centers for Disease Control and Prevention said Wednesday.

Still, the US is lagging far behind its target of having vaccinated 20 million people by the end of the year, but the latest CDC numbers indicate that close to a million people got vaccinated in a day. The CDC’s numbers are not reported in real time and states complain that the data is lagging.

The Trump Administration’s Operation Warp Speed announced changes Tuesday aimed at speeding up the vaccine administration process, including the release of more doses. Additionally, states are now being urged to vaccinate anyone 65 and older, and younger people with chronic conditions that might make them more vulnerable to severe disease.

Mass vaccination sites have opened or will soon open in other parts of California, including at Dodger Stadium in Los Angeles, San Diego’s Petco Park, and Sacramento’s Cal Expo.

The home of the Arizona Cardinals NFL team has become a vaccination site for the foreseeable future, according to the state Department of Health Services. State Farm Stadium in Glendale was turned into a 24/7 vaccination site on Monday.

In Houston, health officials are vaccinating hundreds at a site at Minute Maid Park, home of Major League Baseball’s Astros.