The ex-mayor enriched herself with more than three-quarters of a million dollars for her ‘Healthy Holly’ books. Many were supposed to go to Baltimore City school children, but few ever did. She re-sold them, with the help of a close aide, to fund her mayoral campaign and line her own pockets.

Pugh perhaps hopes the warm welcome she gave to Mr. Trump more than four years ago—when she was the only Baltimore politician to greet him at the Army-Navy game—will come back to help her. But instead, she remains in a federal prison in Alabama.

Trump did pardon former chief strategist Steve Bannon as well as 142 others, including rap stars and former members of Congress.

The pardons and commutations were announced after midnight Wednesday in the final hours of Trump’s White House term.

But the ex-mayor is not the only one who wants clemency from President Trump. Ed Norris, the former head of the city and state police forces, is asking for a pardon of his 2004 federal corruption conviction that he long believed was motivated by politics.

And former Sgt. Thomas Allers who once lead the Gun Trace Task Force, the corrupt Baltimore police squad whose members robbed citizens, also wants President Trump to let him out of his 15-year sentence early.

Meanwhile, one man with Baltimore ties was granted a commutation.

Jawad A. Musa was sentenced to life imprisonment in 1991 for a non-violent, drug-related offense.

According to the release, Musa’s sentencing judge and the prosecutor on the case have both requested clemency on his behalf.

A full list of those who were granted clemency can be found on the White House’s website. 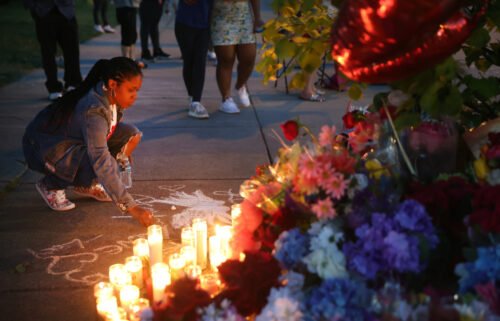